Catwoman, Joker... and Two Face are probably three of the most recognised Batman villians, and the Batmobile is probably Batman's most iconic vehicle.  Put them together and... well, it's not an iconic set ,but it's good nevertheless. 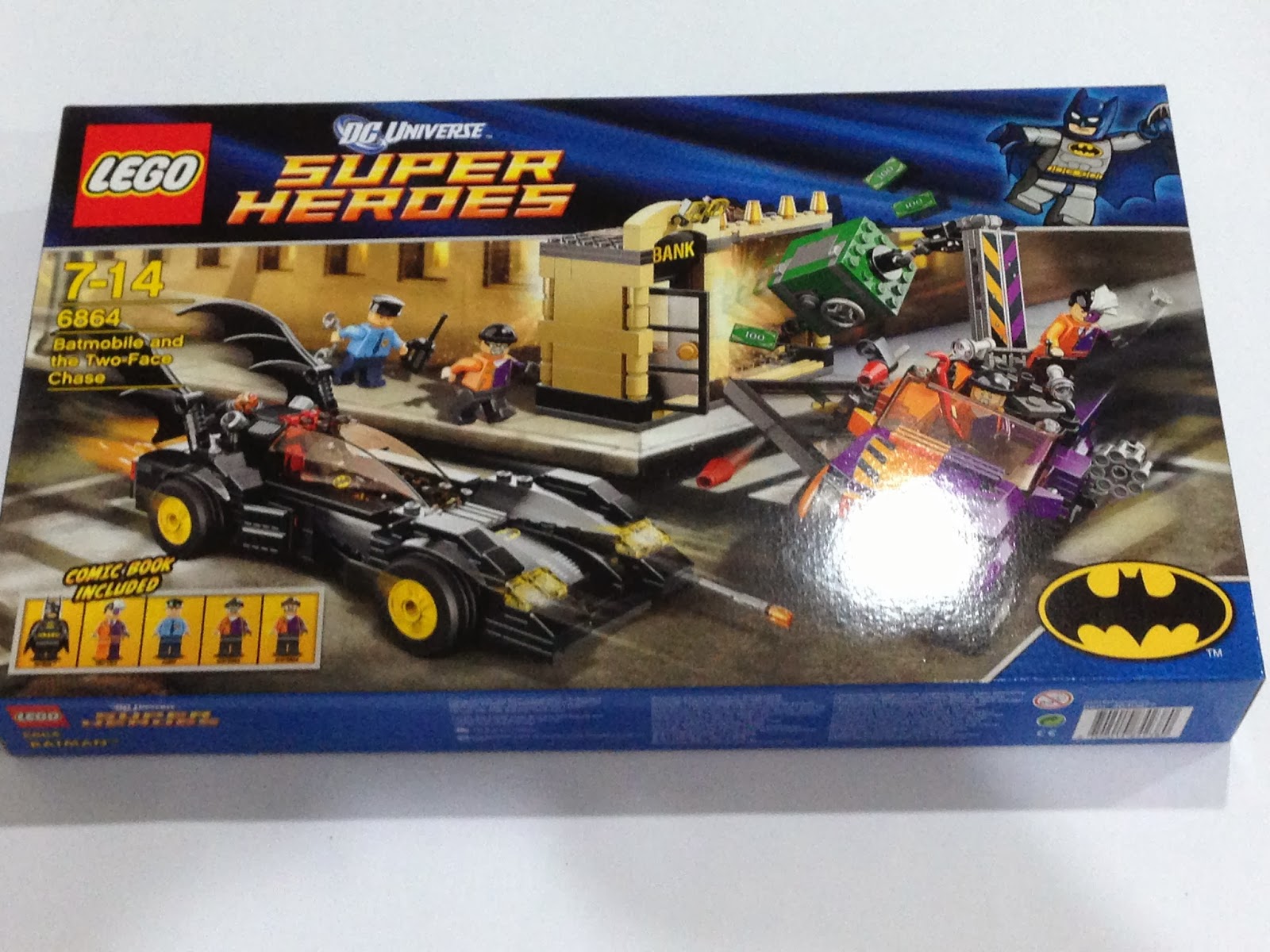 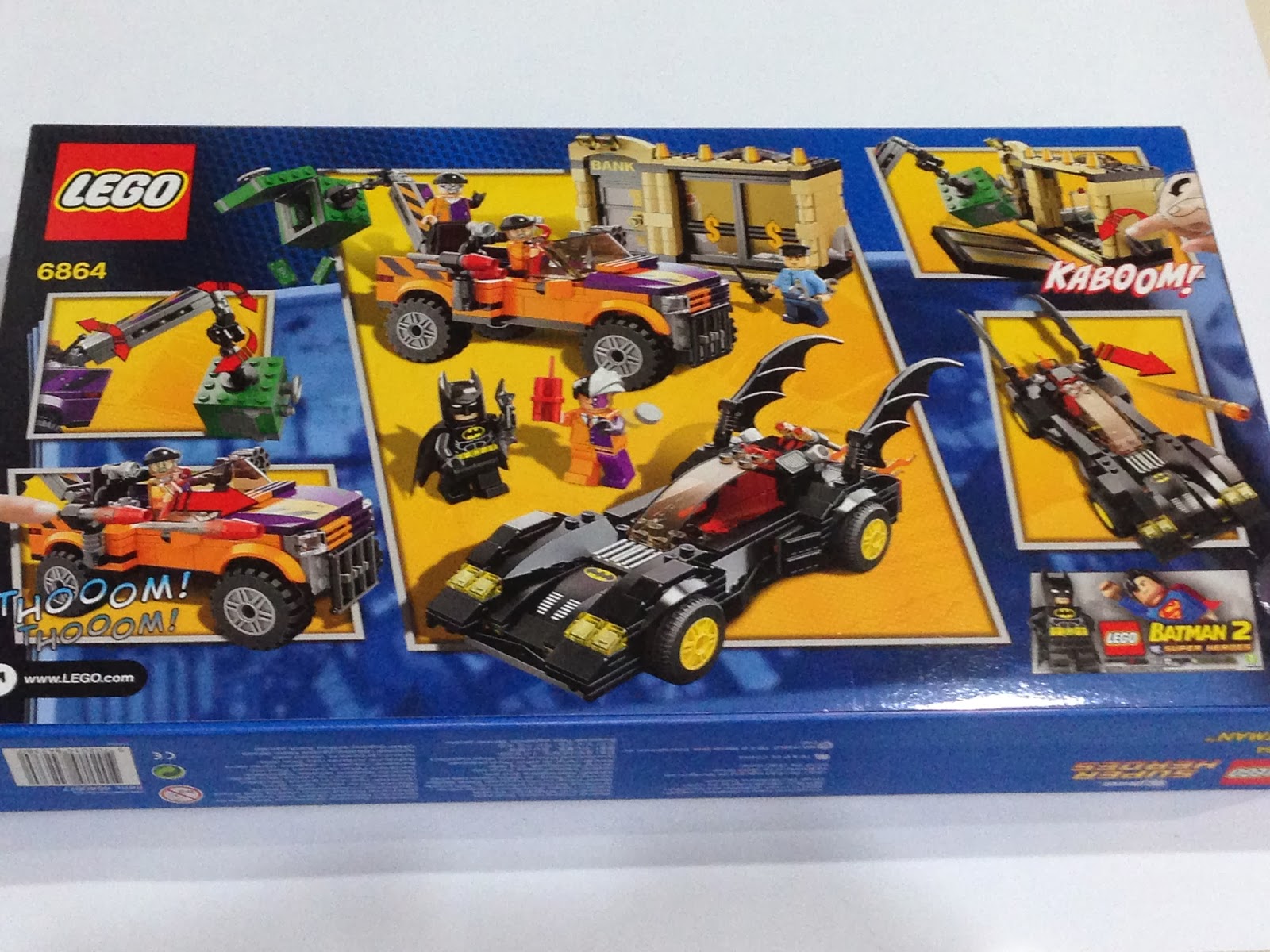 The box makes it seems action-packed, both on the front and on the back. 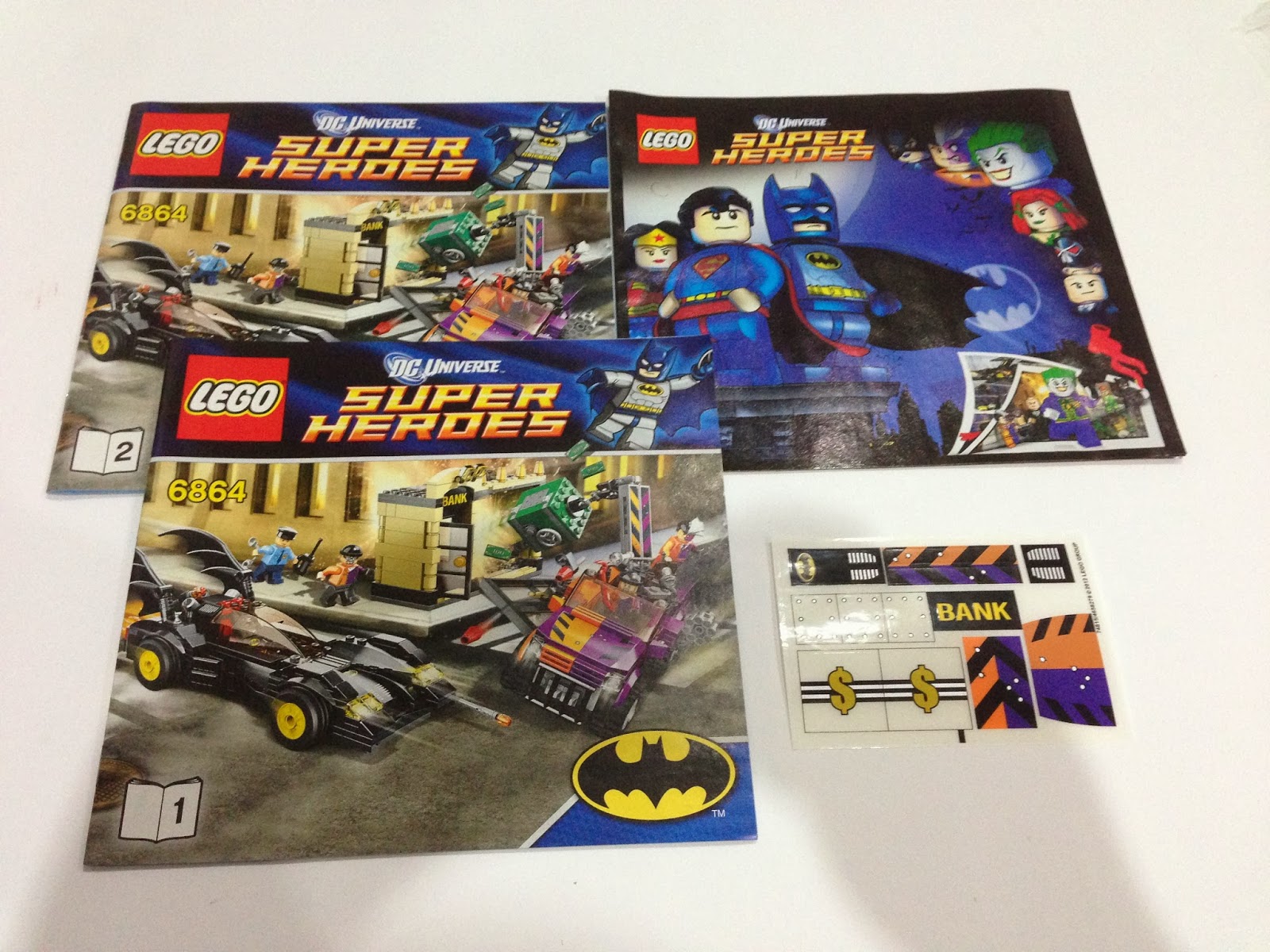 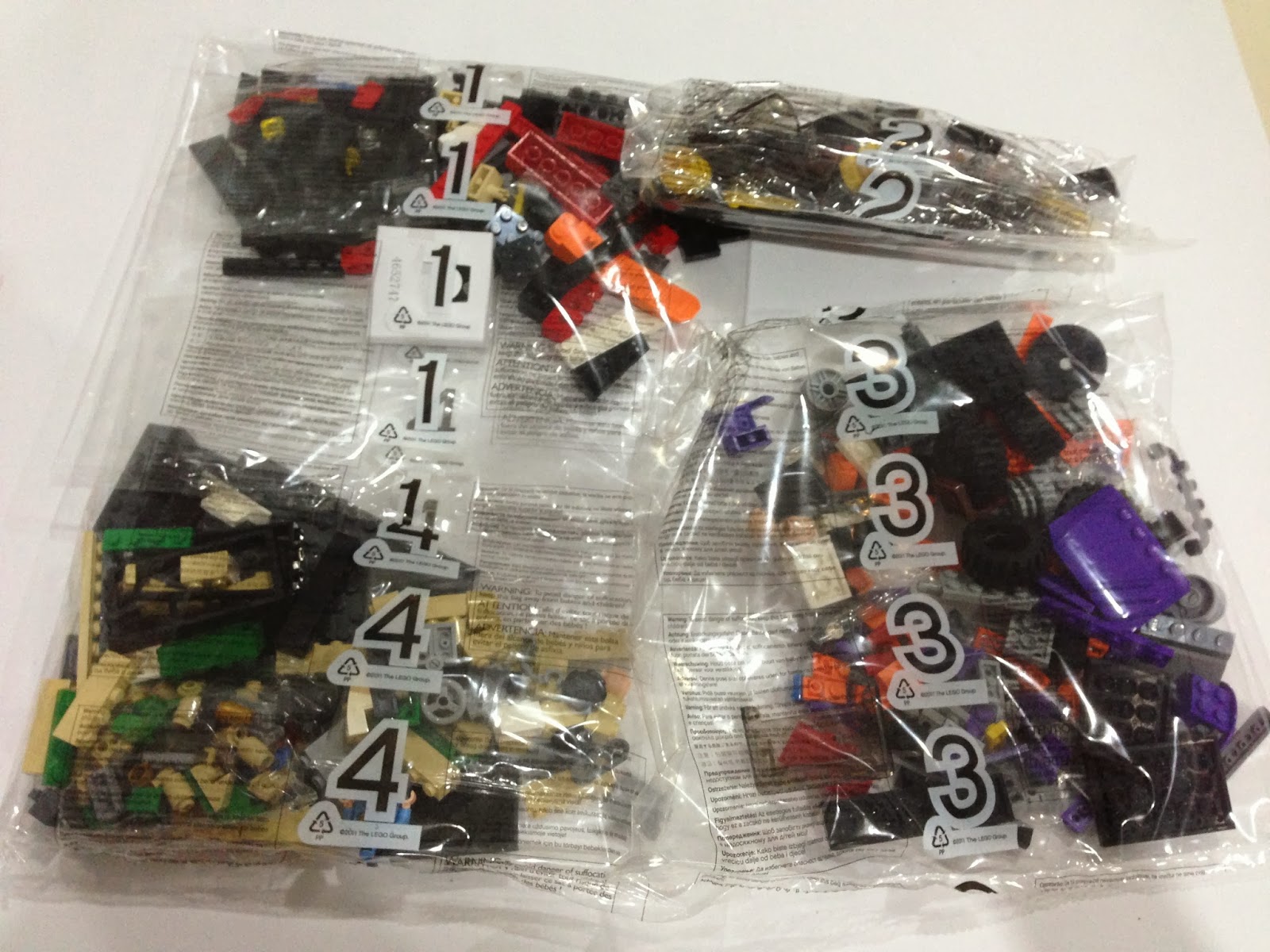 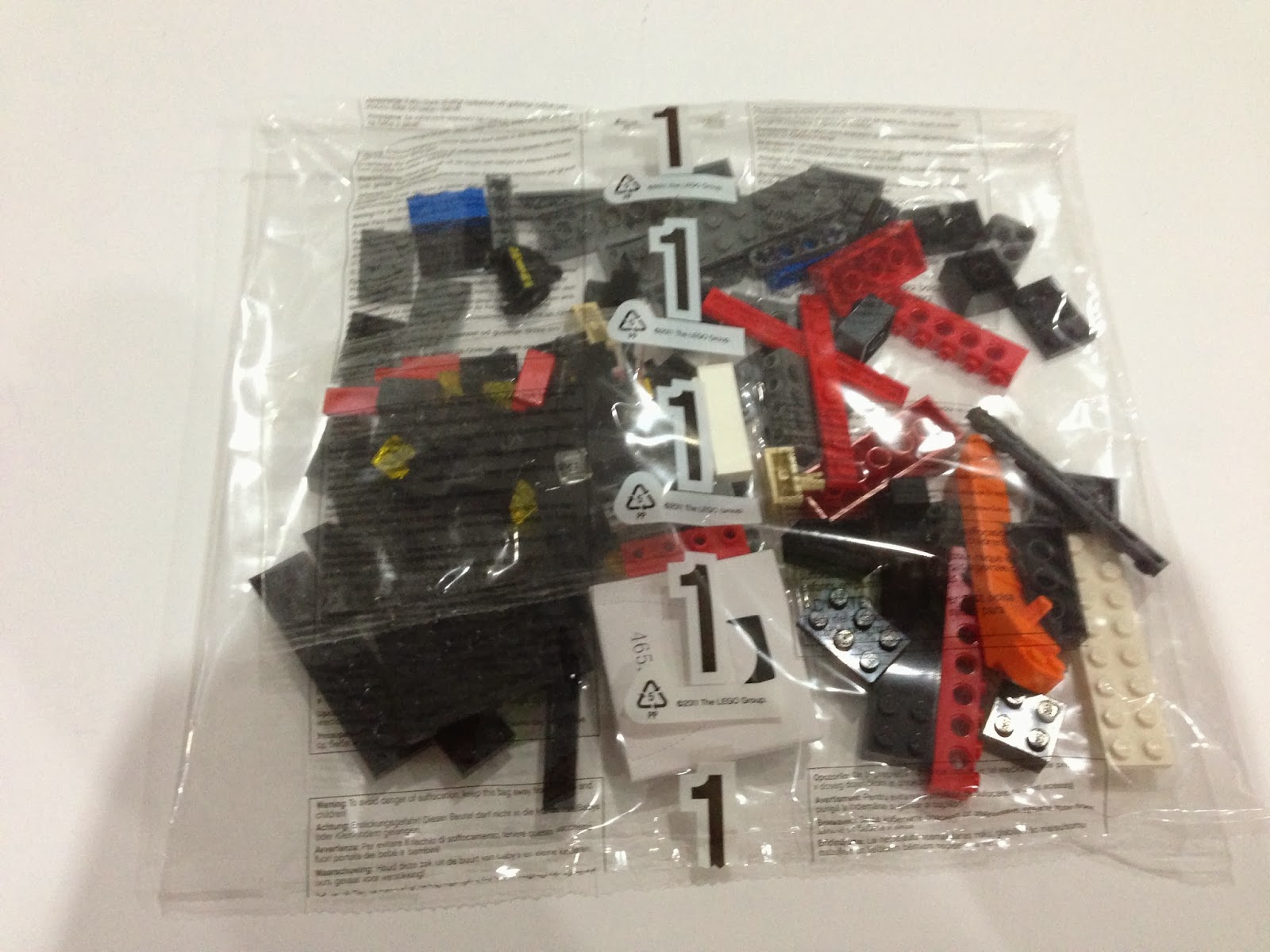 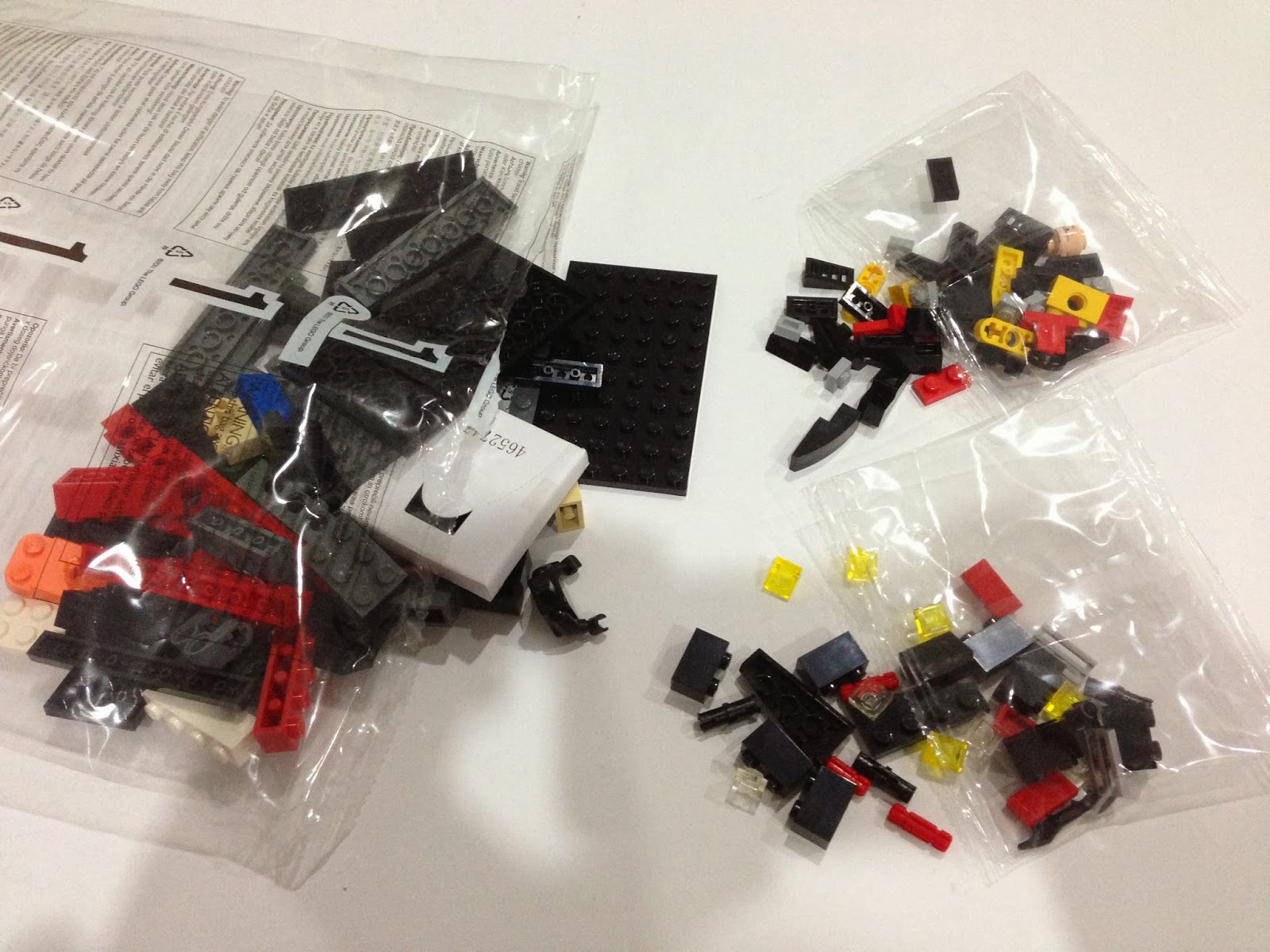 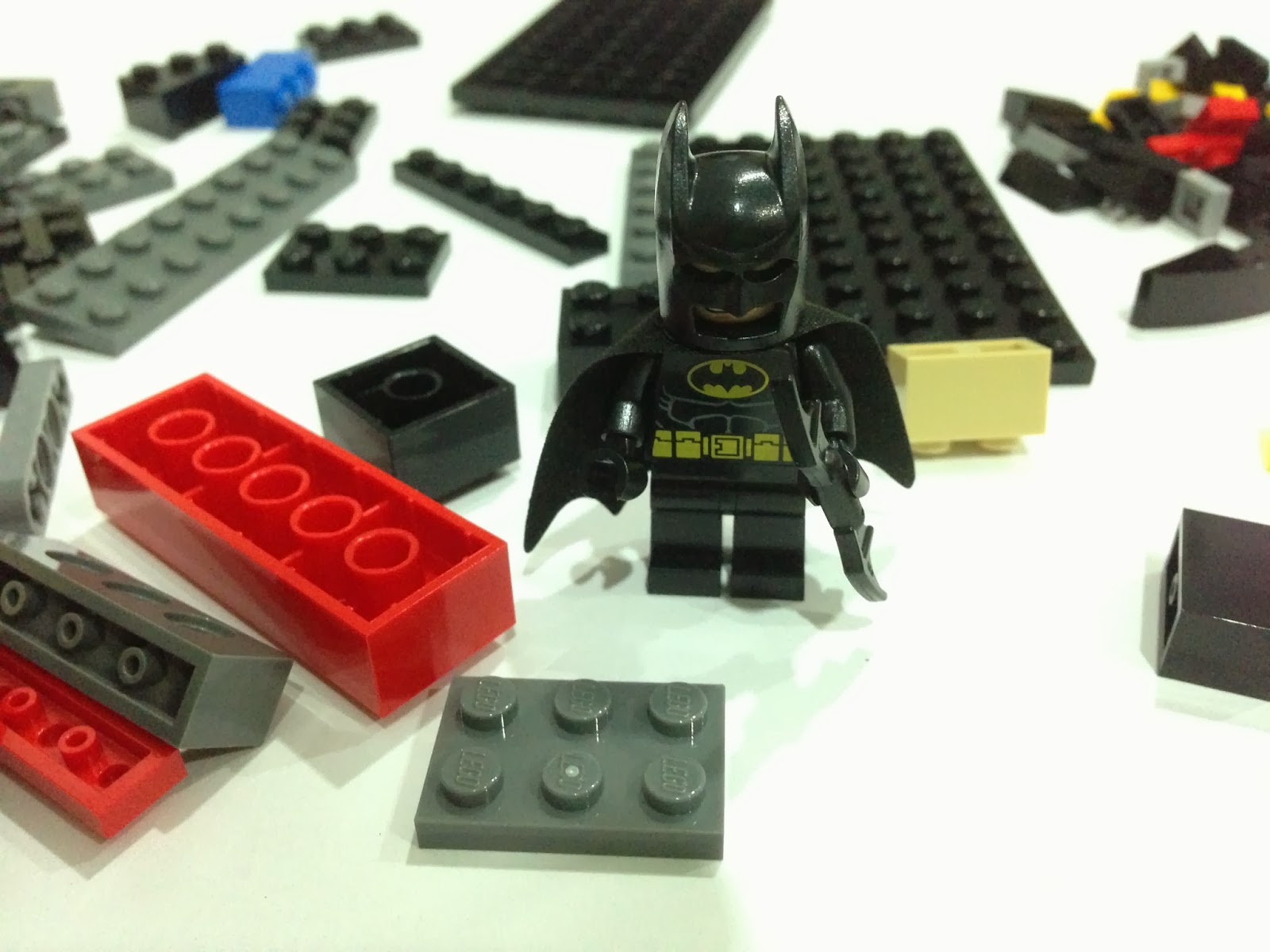 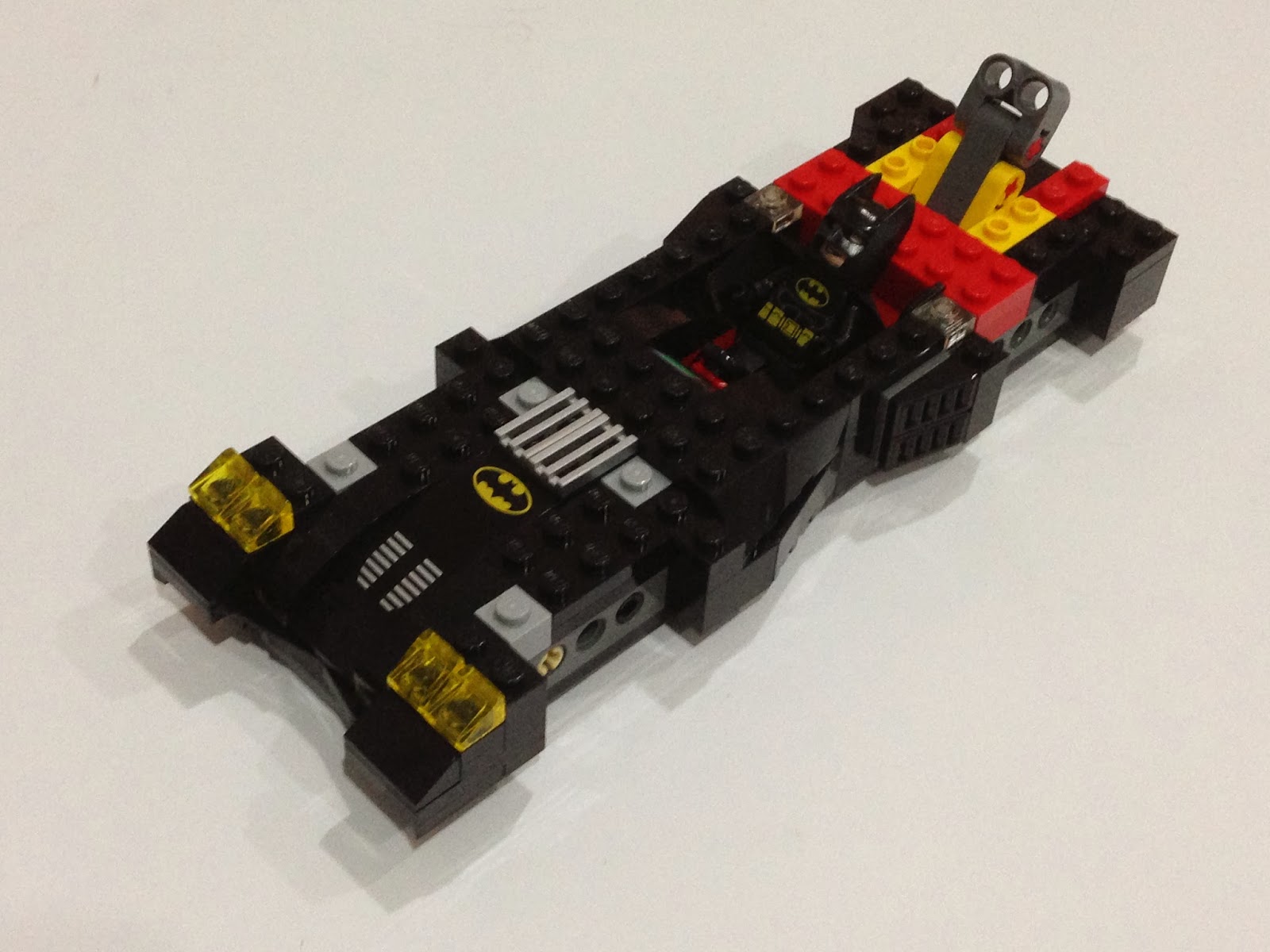 ... builds Batman in his all black suit, and the chassis of the Batmobile. 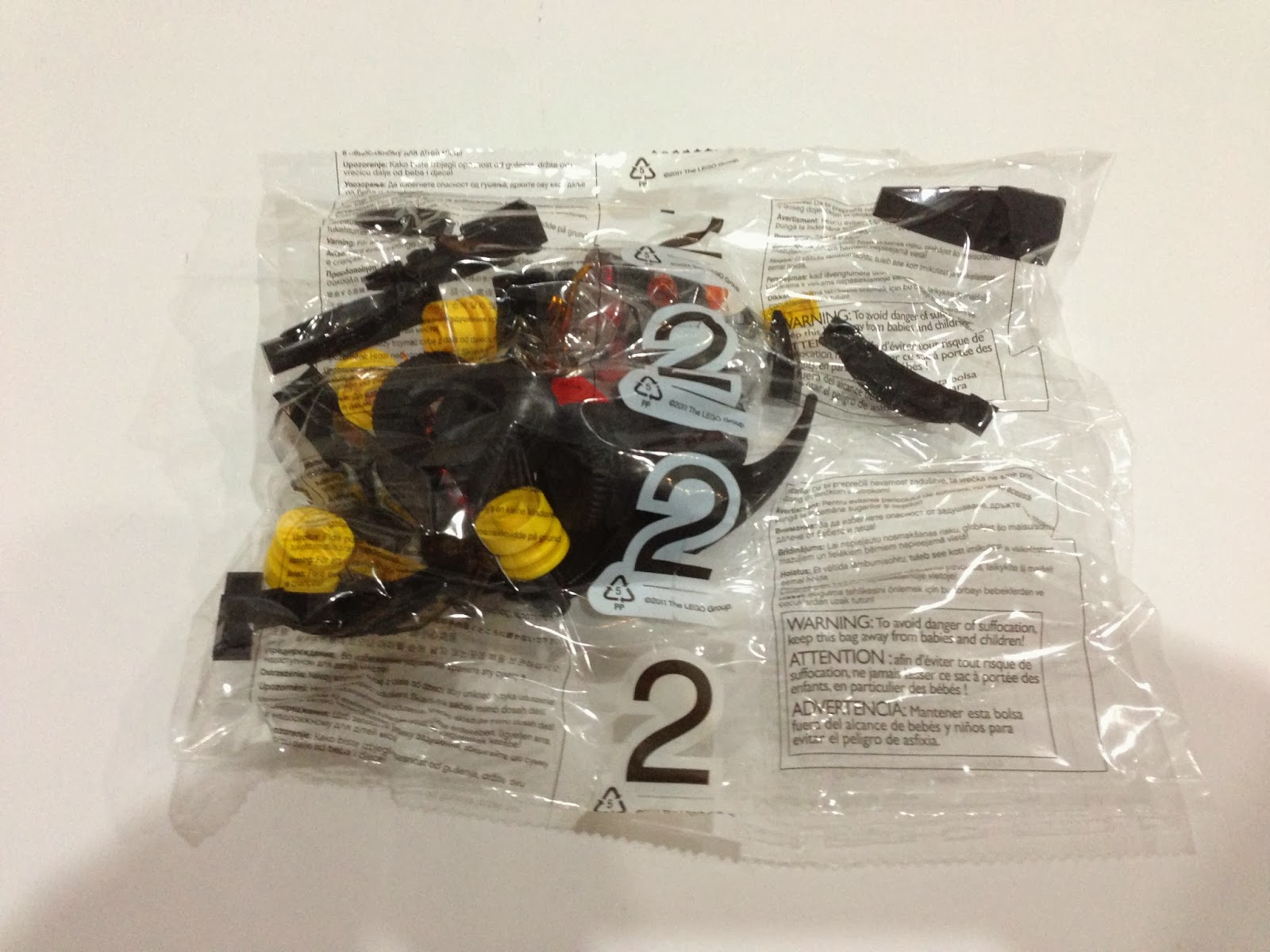 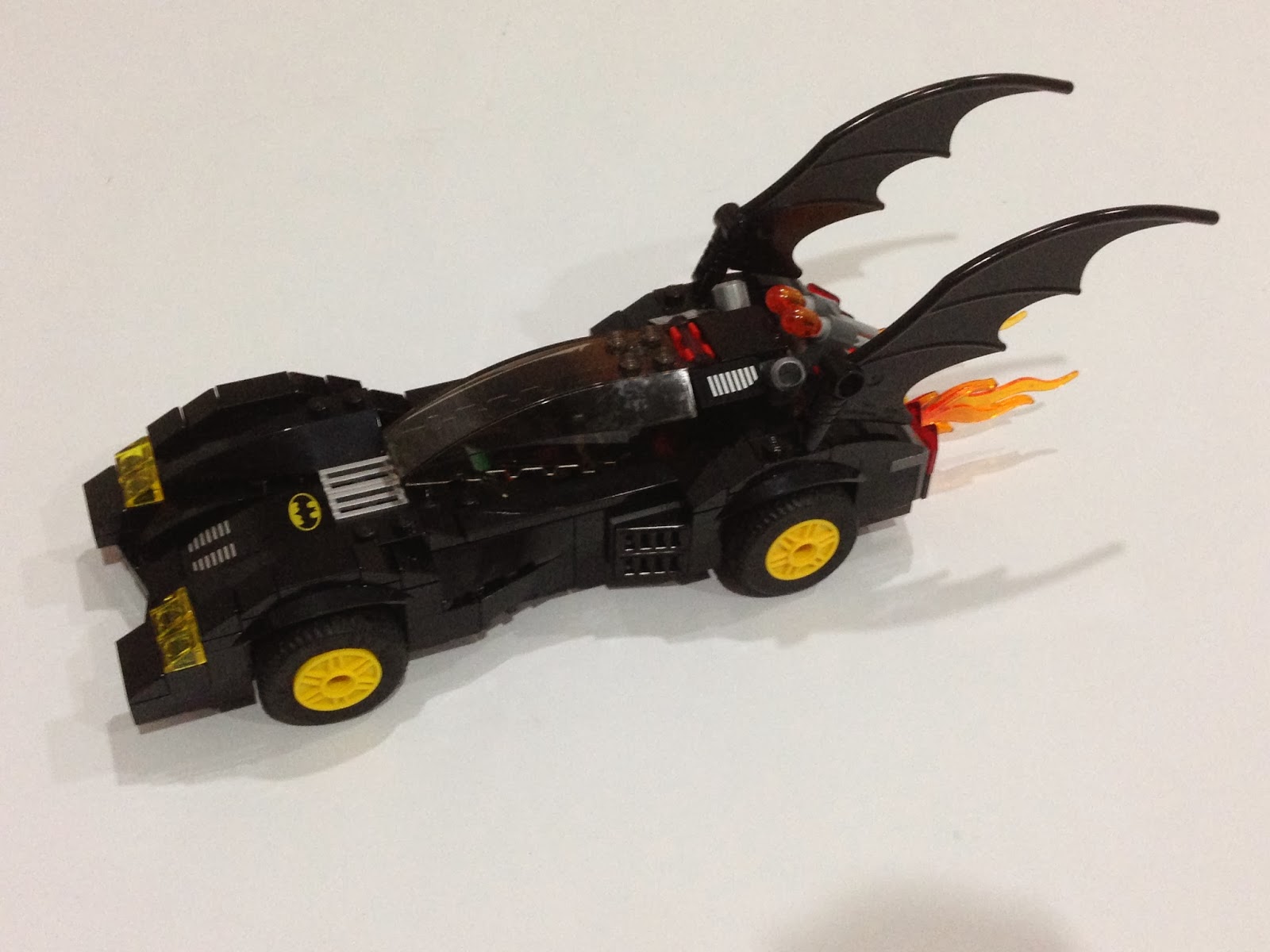 Baggie number 2 completes the Batmobile.  The flame coming out the back gives it some details, but the yello tire rims makes it look weird. 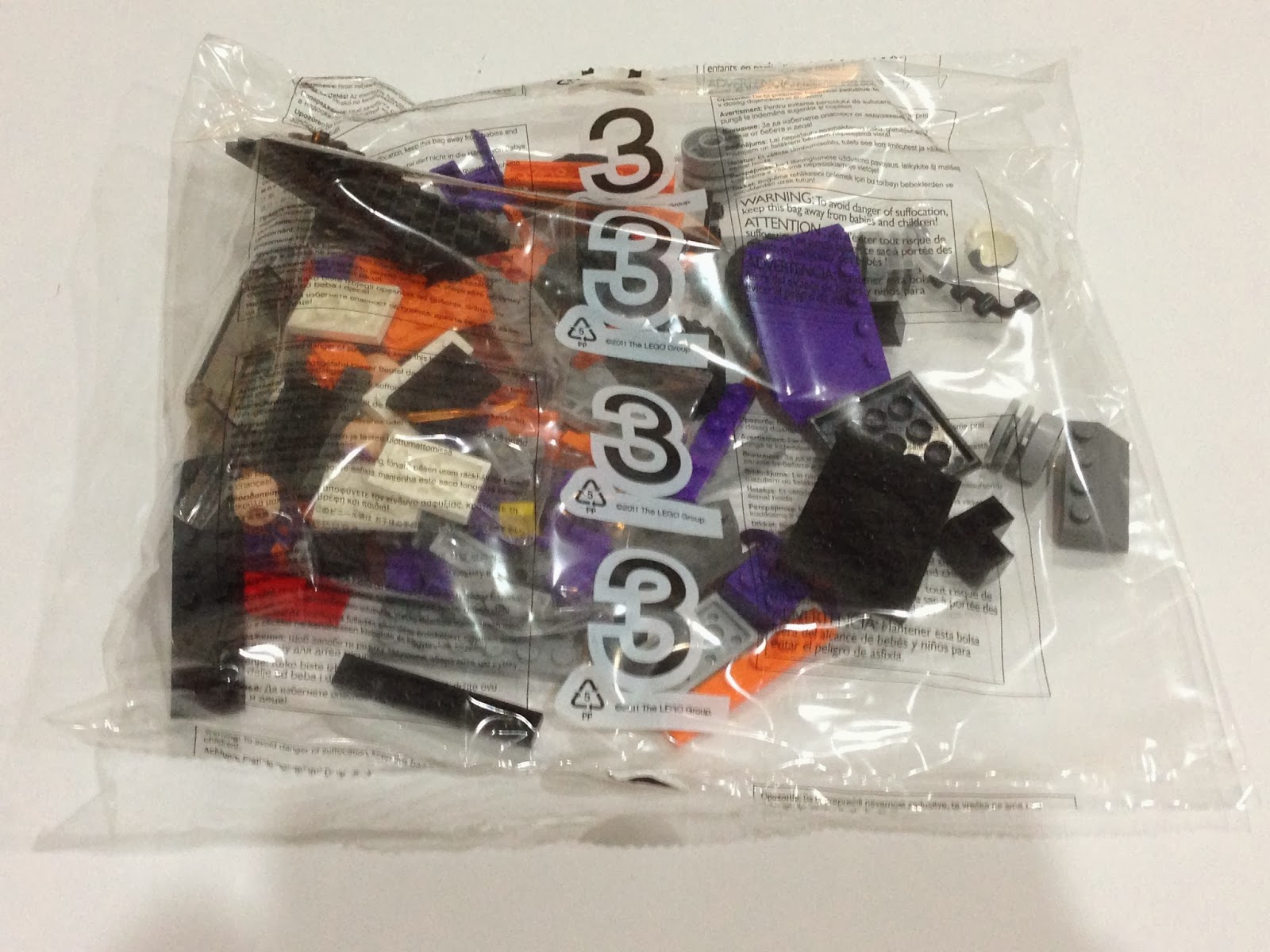 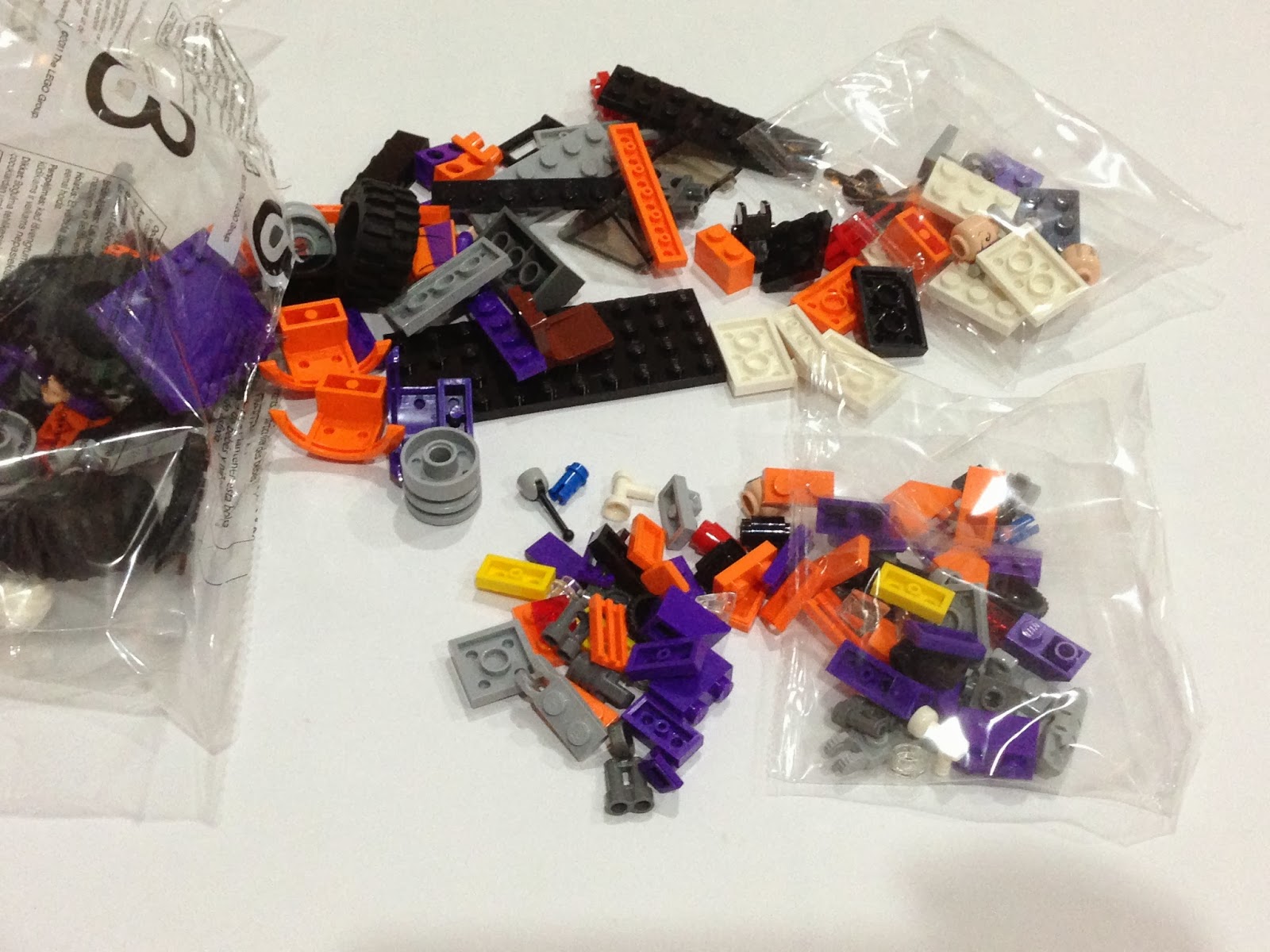 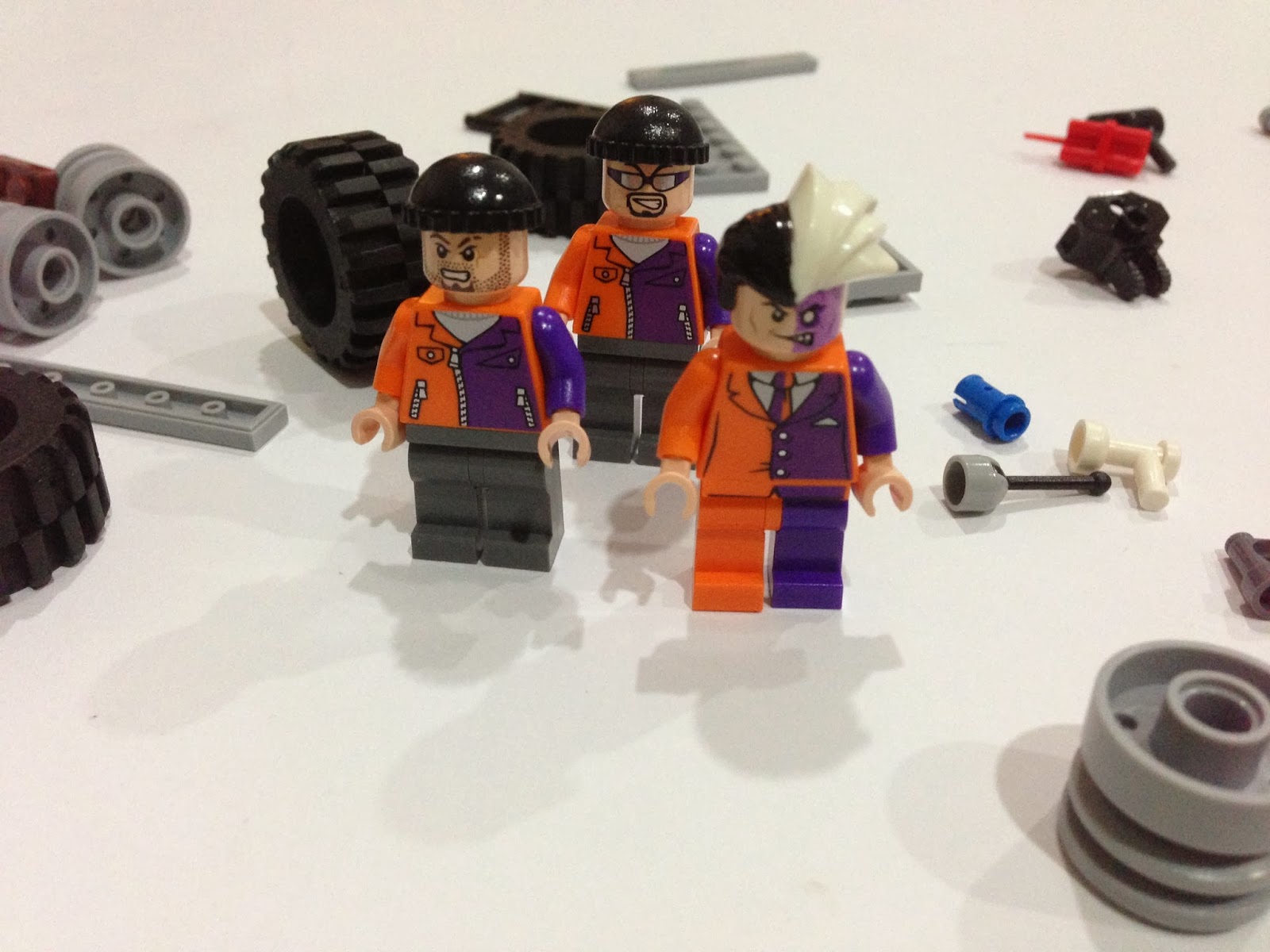 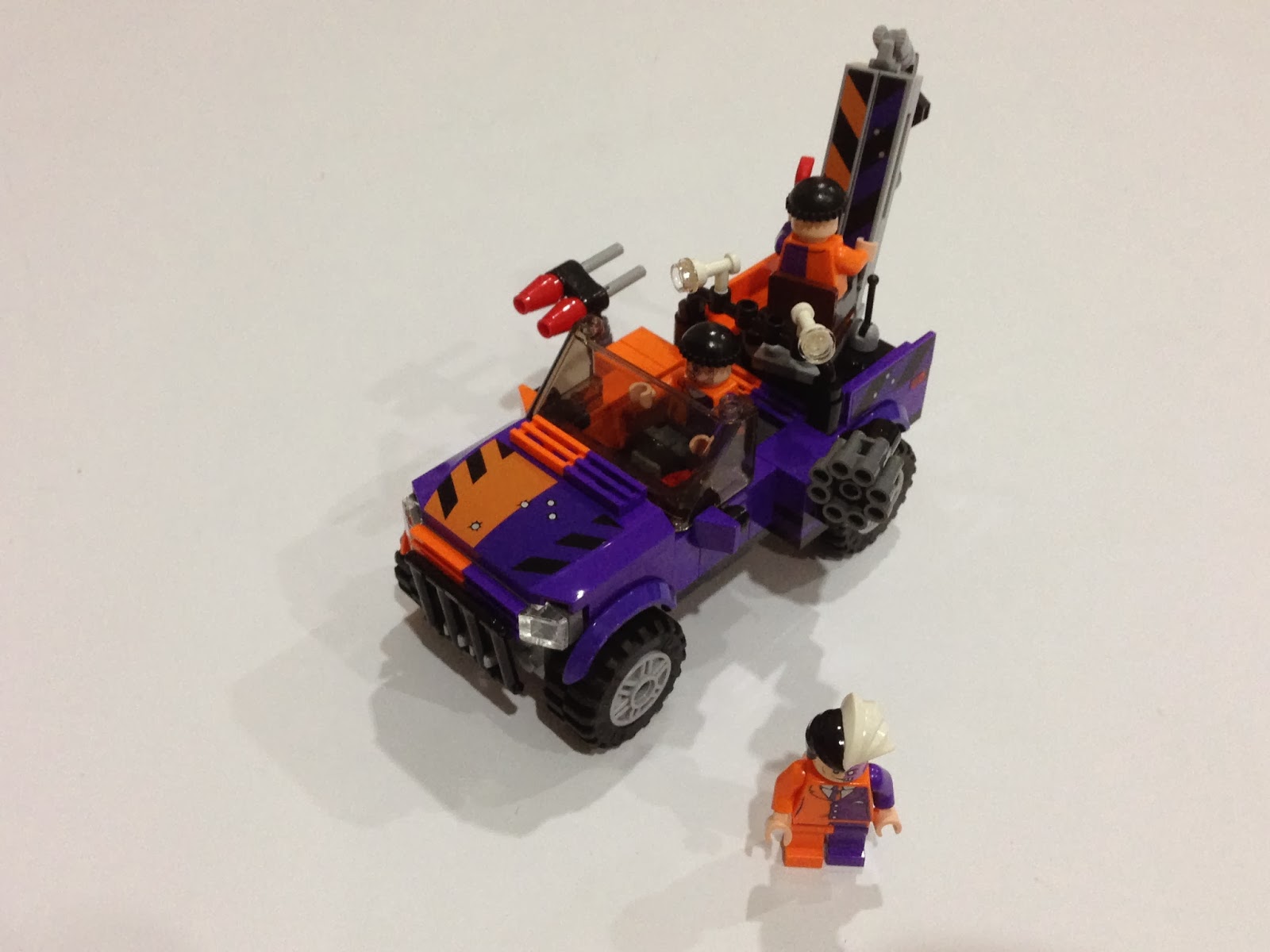 Two Face, and he comes with two henchmen.  The truck wasn't to difficult to build and the nice use of decals give it that interesting purple and orange character.  And it does have interesting weaponry. 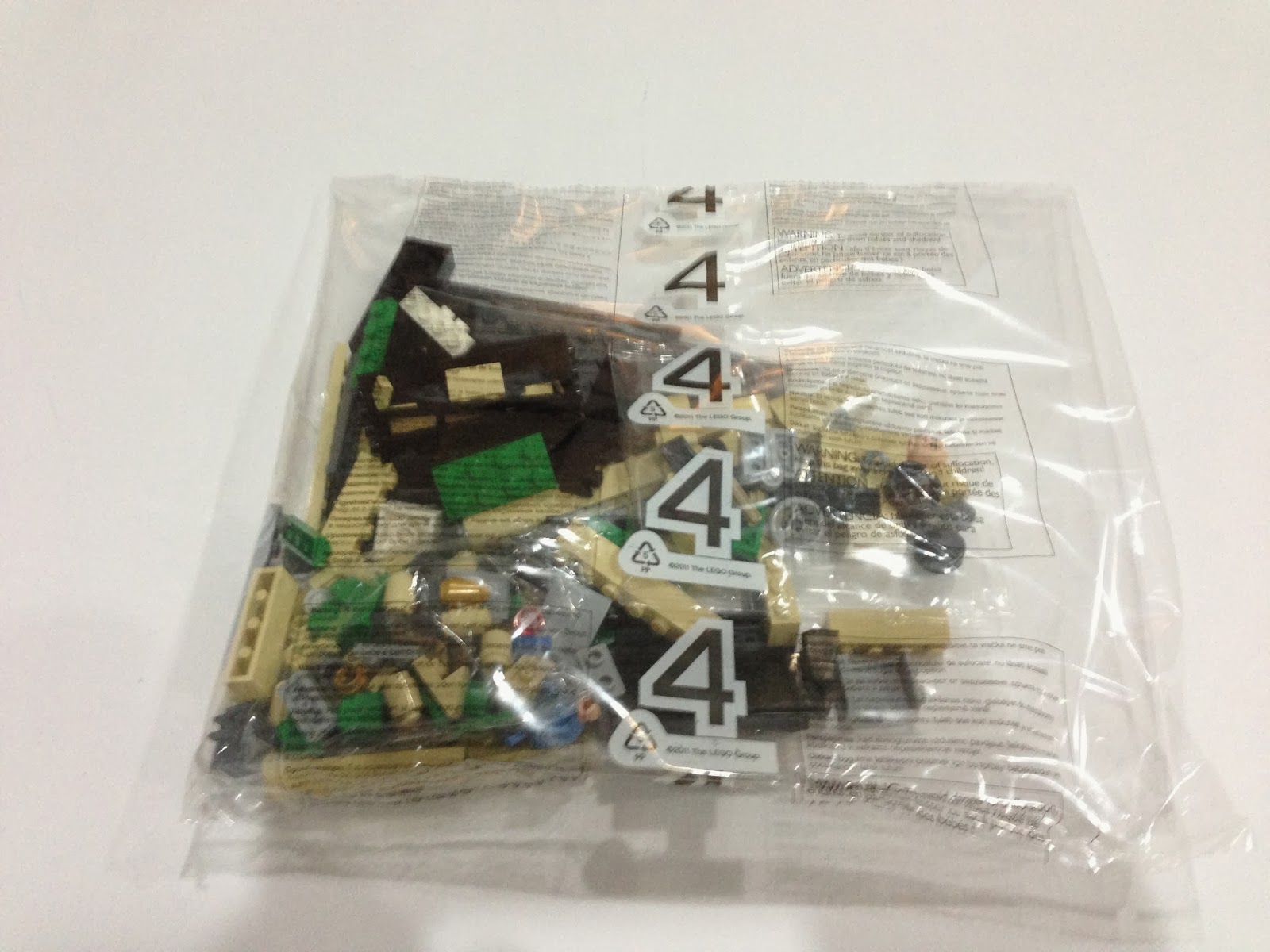 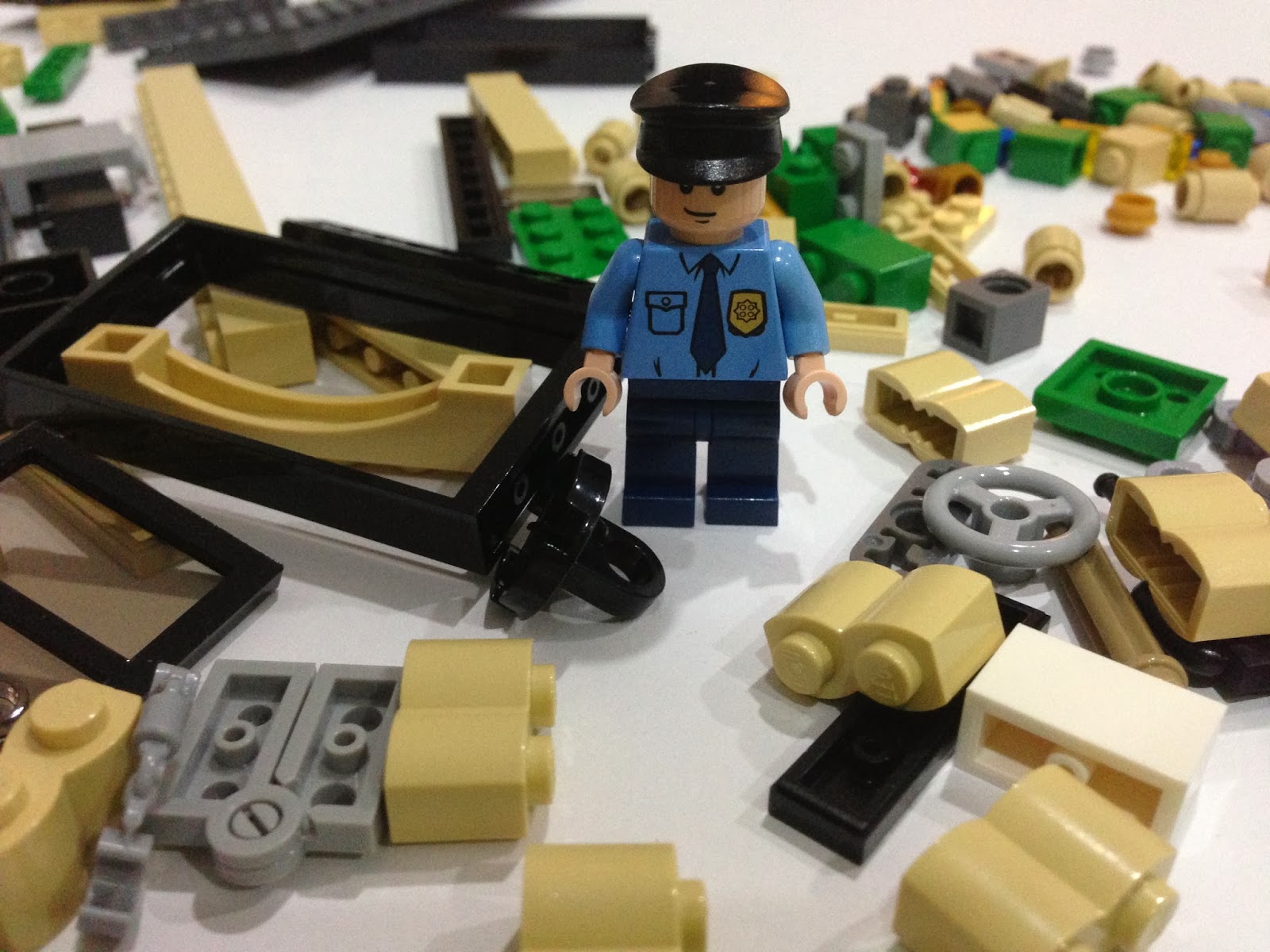 Baggie #4 builds the security guard and.. 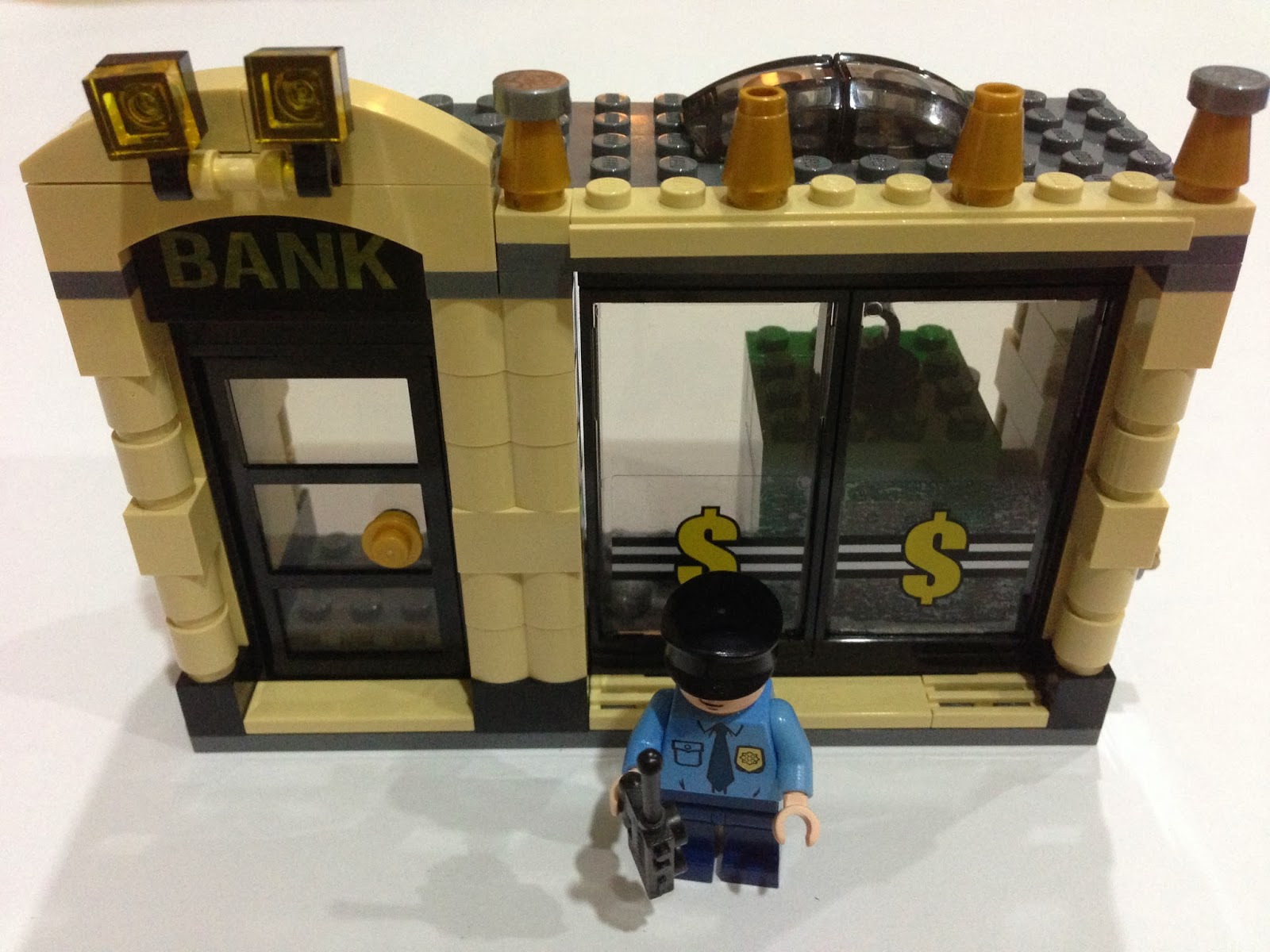 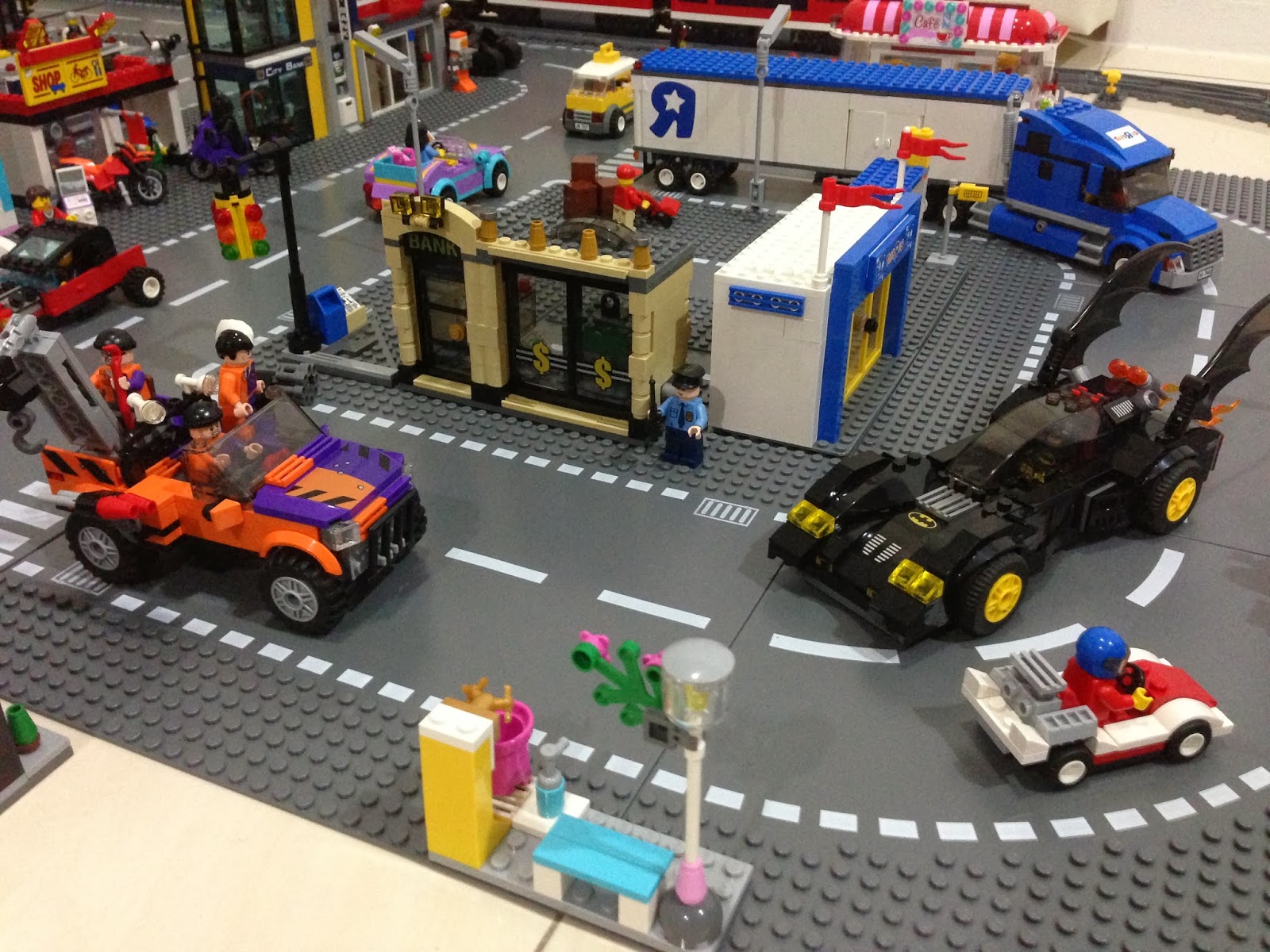 the bank.  It's a nice little building that fits in well in my Lego town.  The two vehicles does seem a tad too big and a bit out of place though.
Posted by Novelty at 23:39