So, I guess we progress on towards the larger sets.  Today's it's Iron Man's turn to get the Toy a Day treatment! 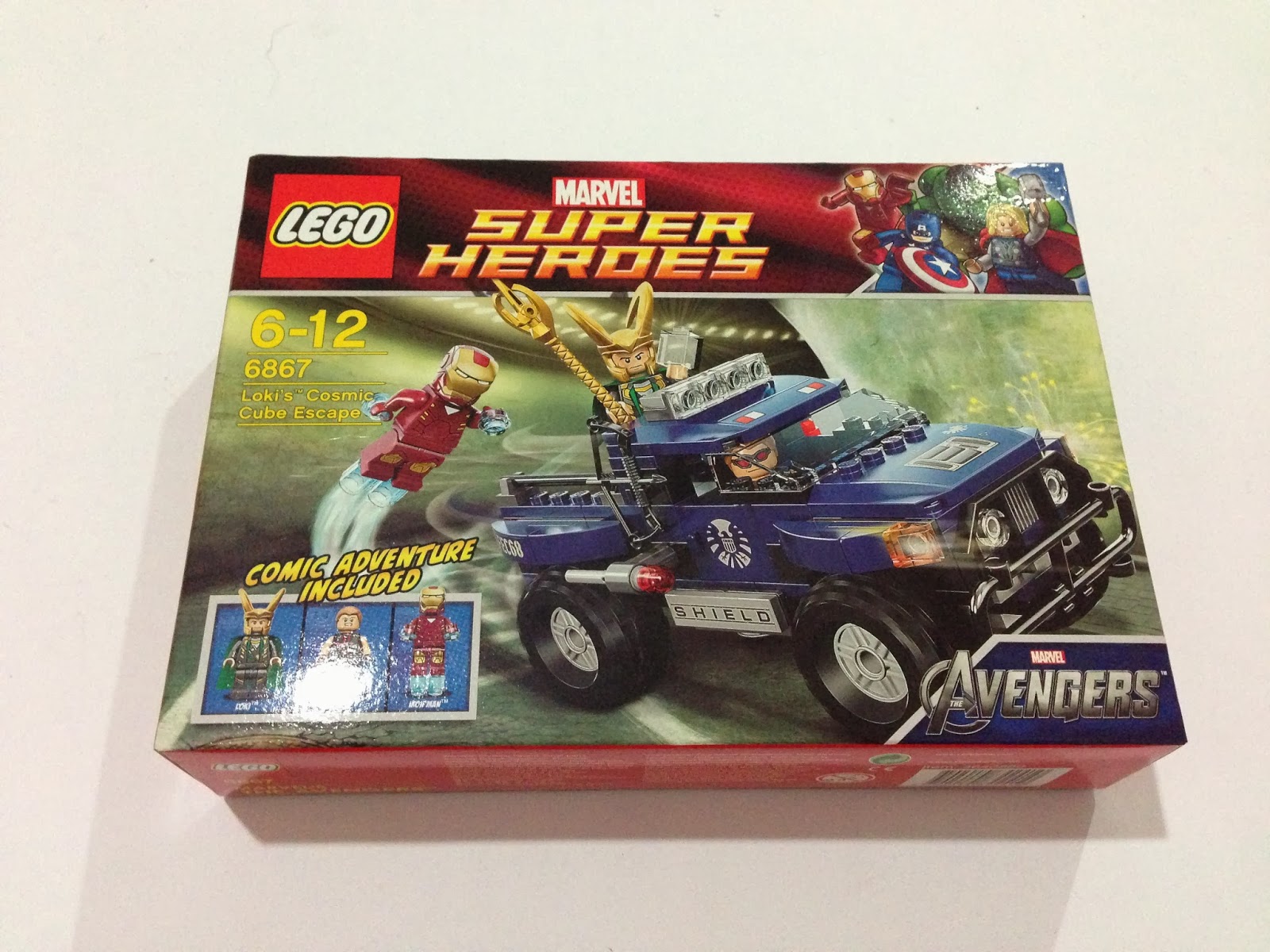 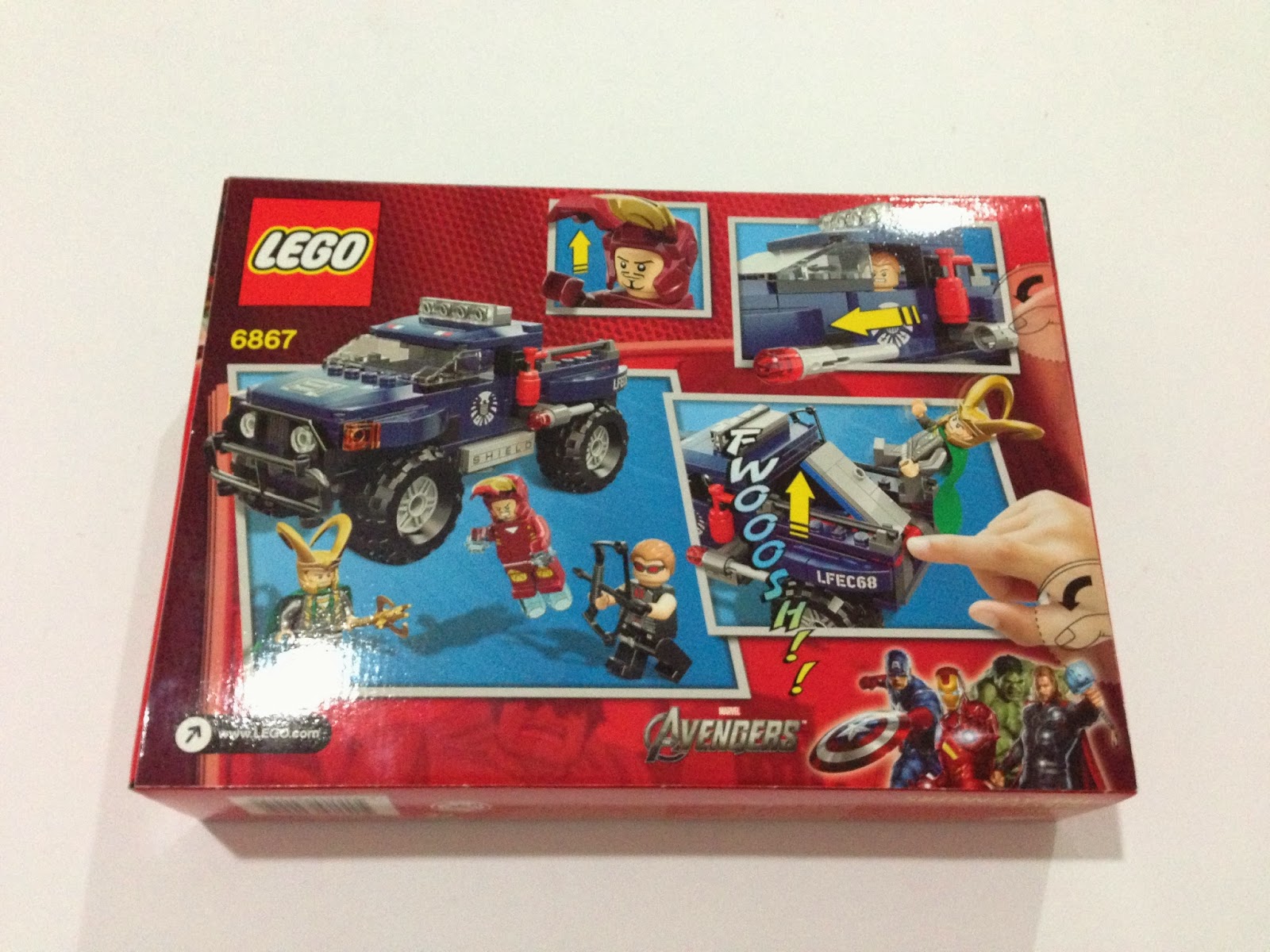 This is supposed to be Loki's set, but that huge SHIELD vehicle sure spoils it.  Now, why can't they give him a set with a big vehicle of some sort?  I have no idea.  The box has the usual - a picture and the figures on the front, the action features on the back. 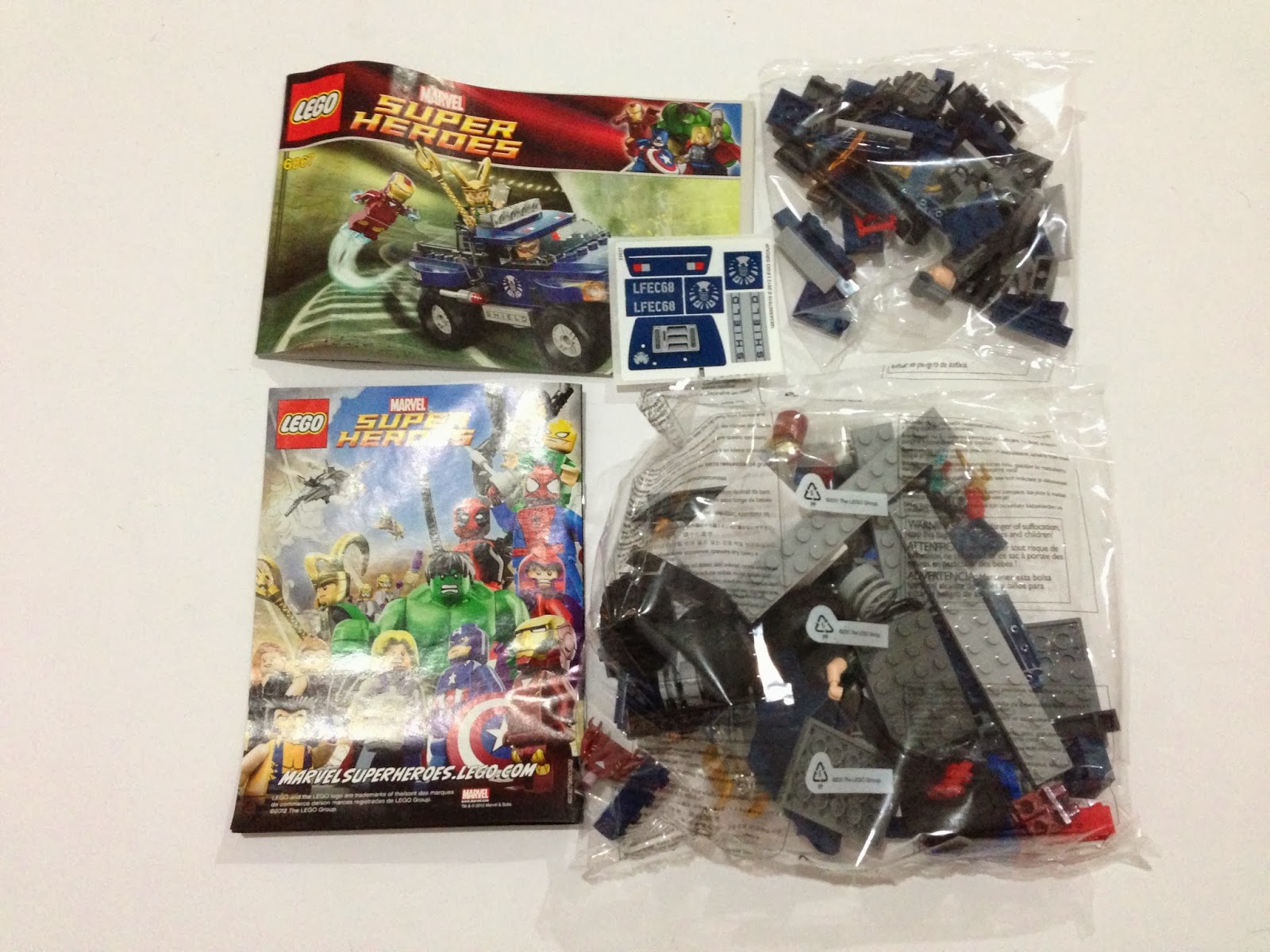 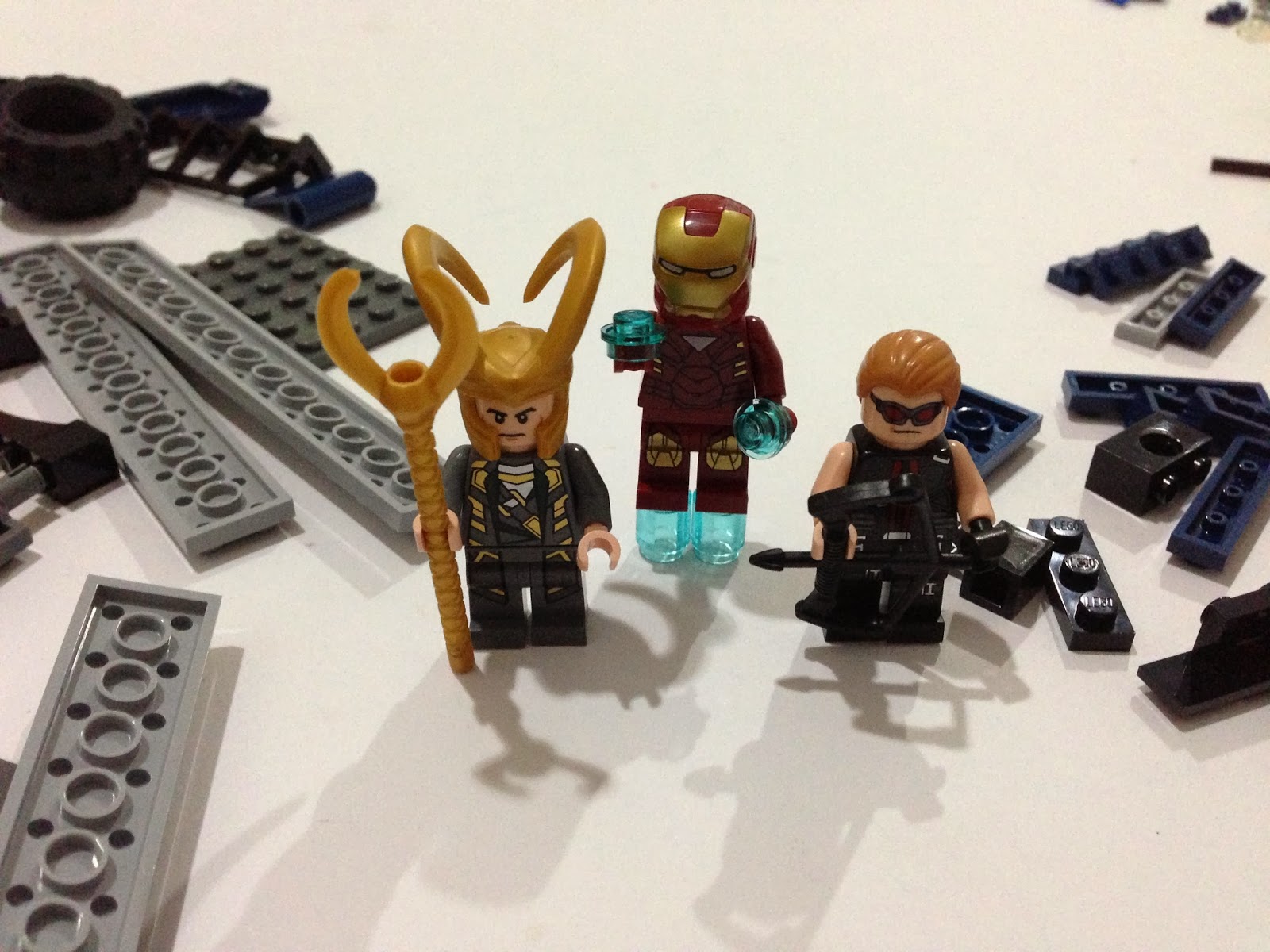 It contains two baggies, the instruction book, a small decal sheet and the minicomic.  The three figures are in interesting choice.  I would much rather have a generic SHIELD agent or even Coulson than Hawkeye, but he is what he is. 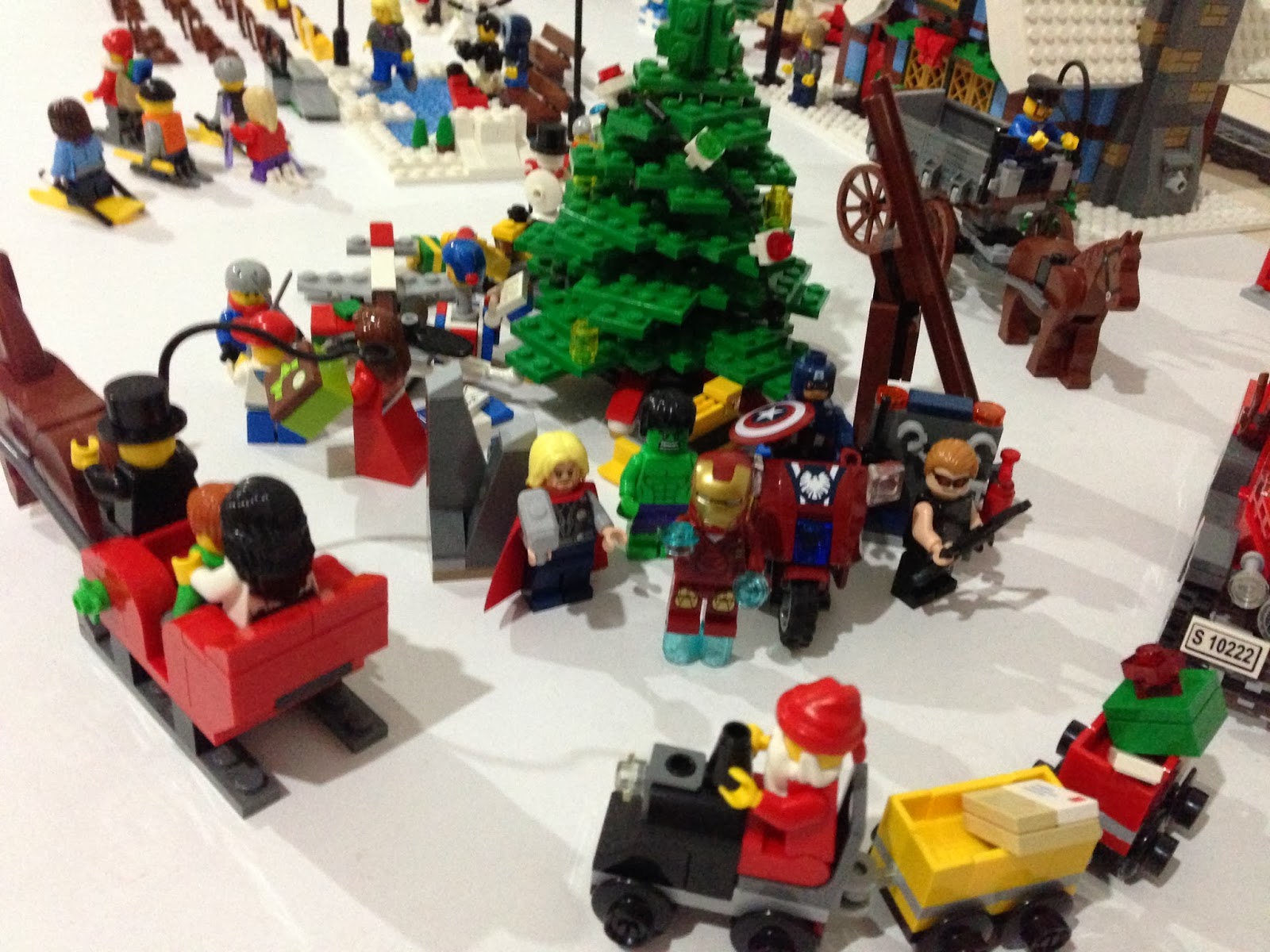 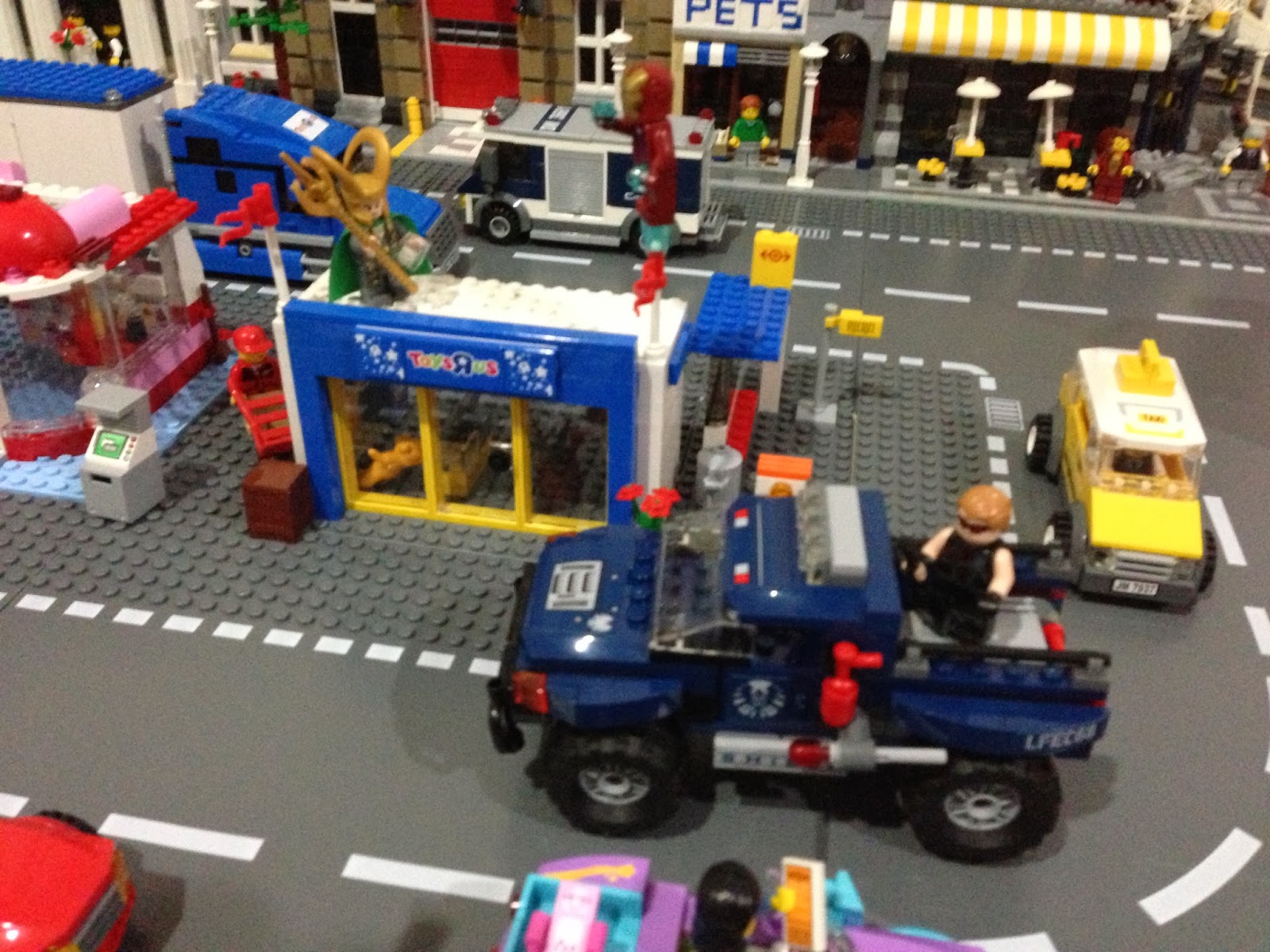 The vehicle is big - way too big in my opinion.  It has a sea-saw at the back that launches a character, and some friction launchable missiles, but it's basically a huge monster truck.  But then again, I didn't get the set for the vehicle.  Nopers, I got it for Tony Stark!
Posted by Novelty at 23:56