The Lego Marvel Superheroes-verse also includes a set that ties in to X-Men:Wolverine.  I wondered why did they have to make just this one set when there were so much goodness in the movie that could have been made into sets. 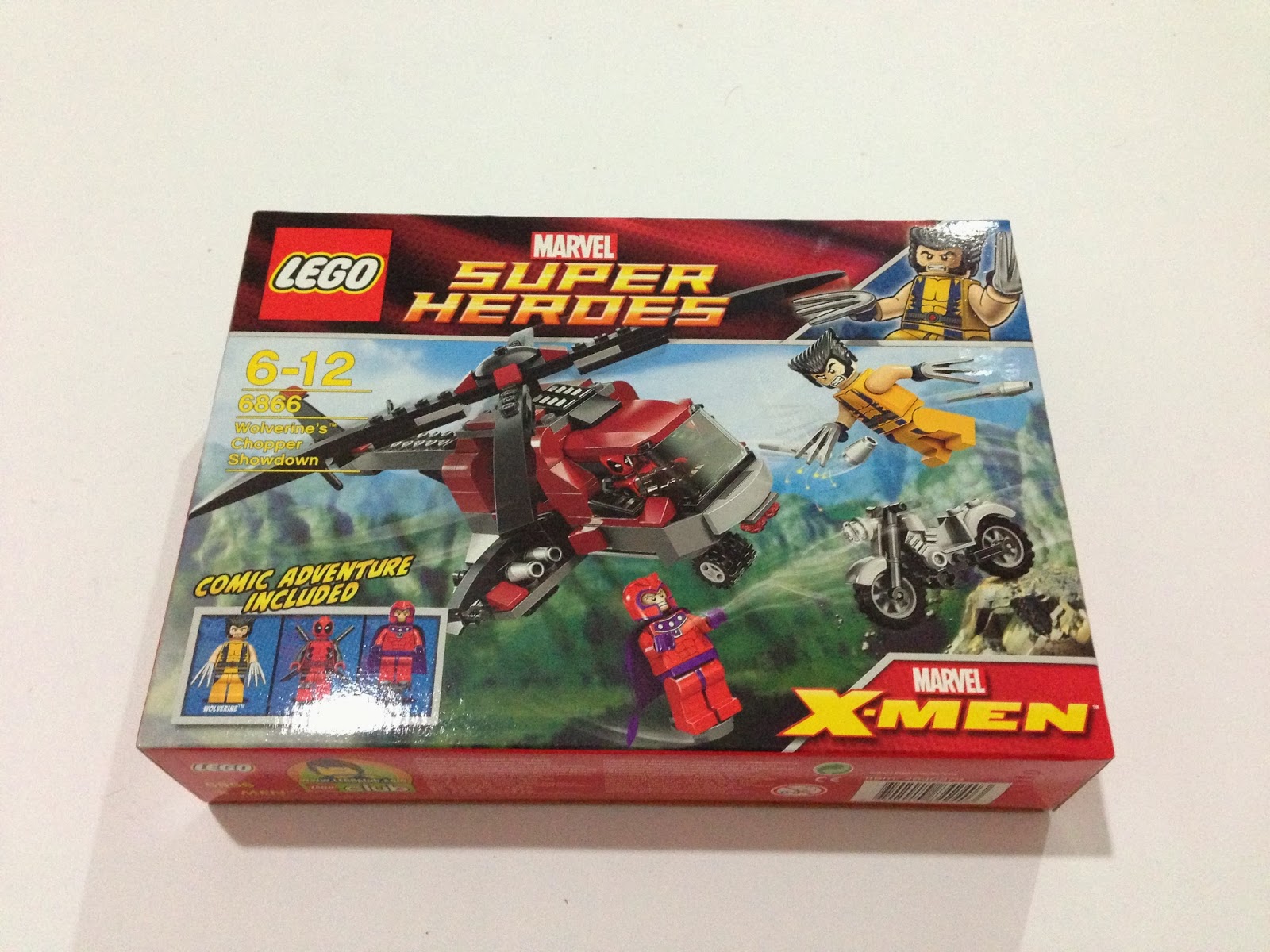 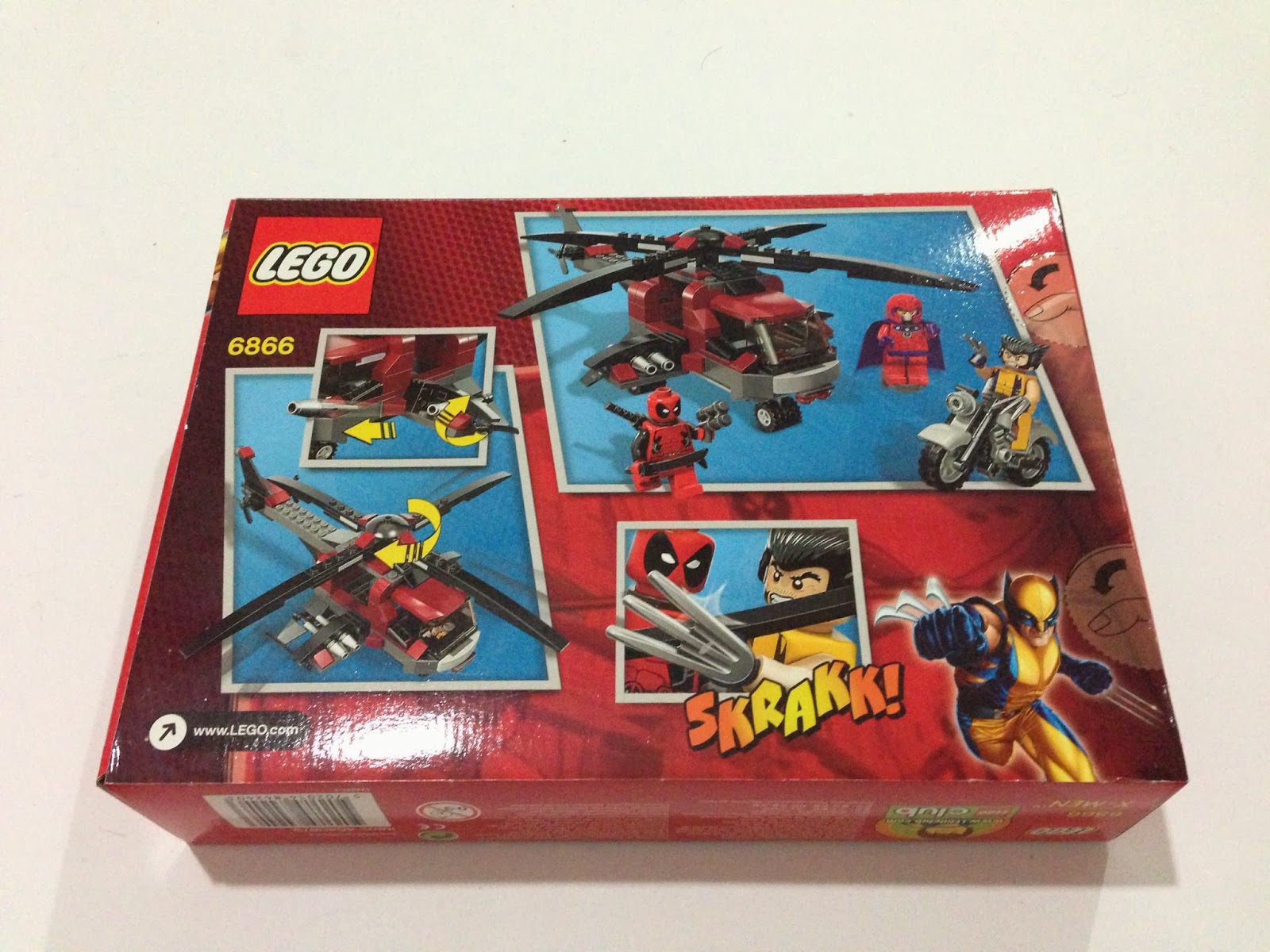 The box shows clearly what the set contains, a chopper, a copter and three minifigs.  The back shows the features of the copter, of which there are only 2. 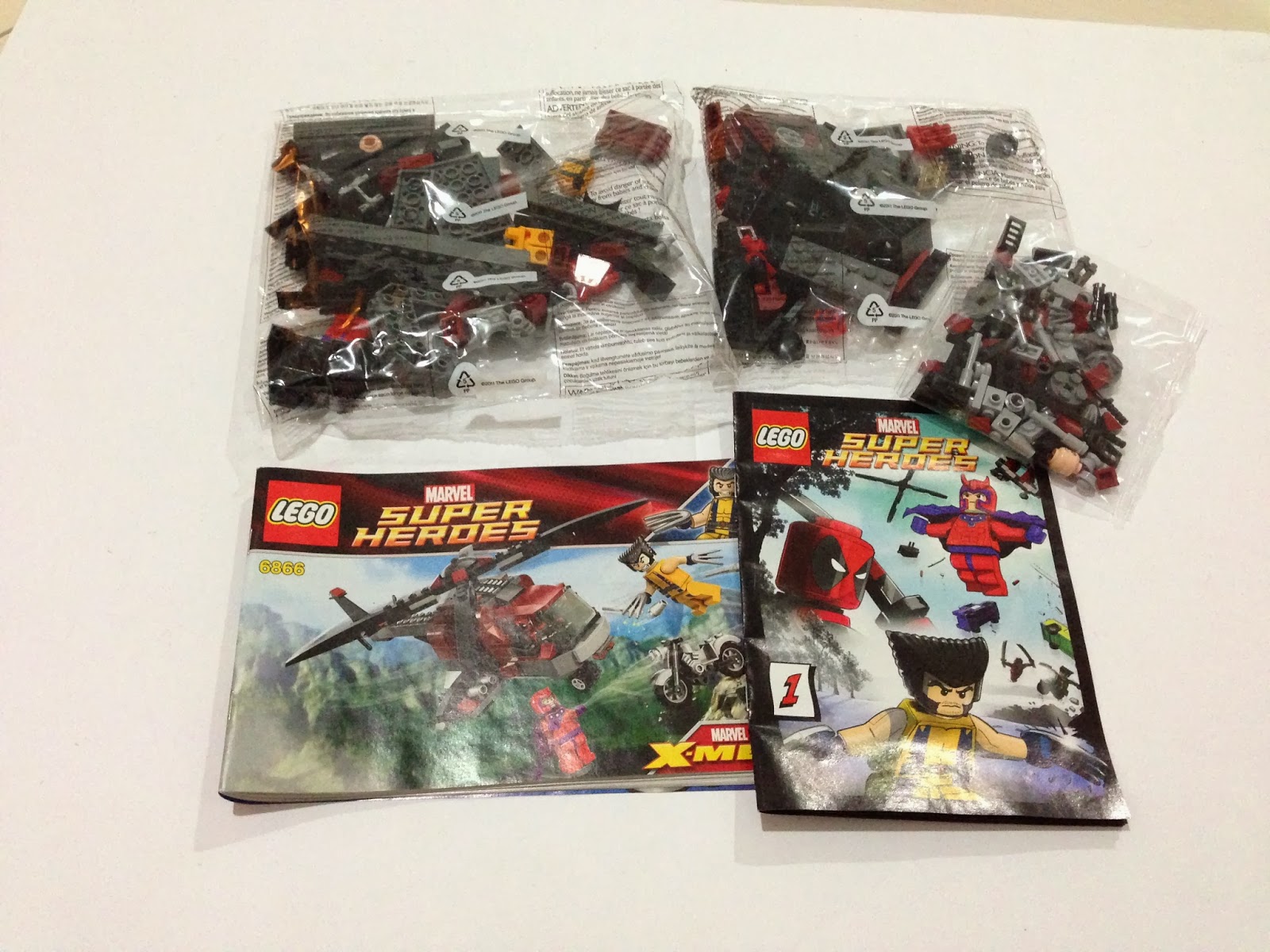 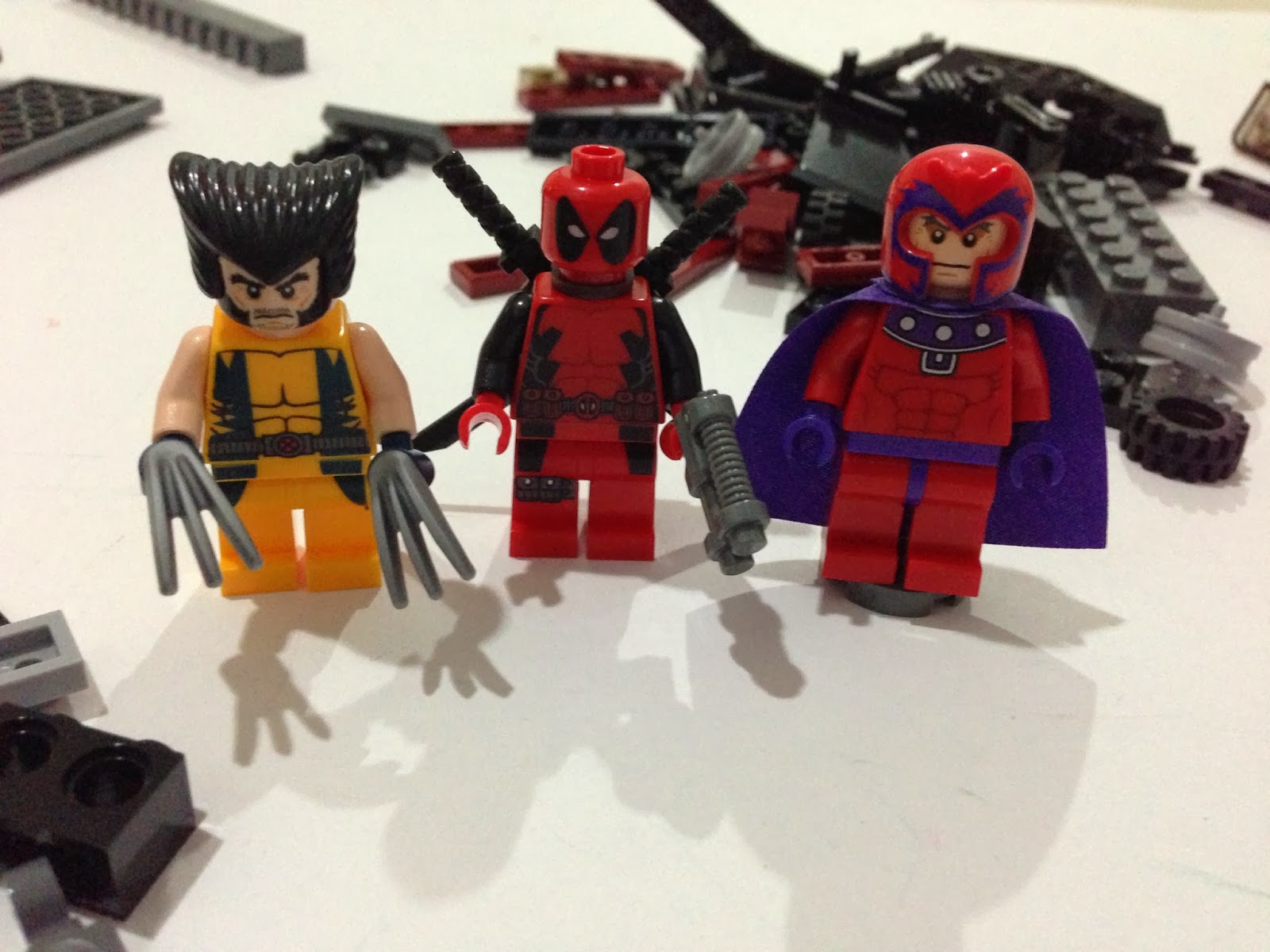 The set contains three baggies, the instruciton book and the minicomic. The three figures are Wolvie, Deadpool and Magneto.  I like Magneto's figure - the red and purple makes him pop more than just black and er... black. 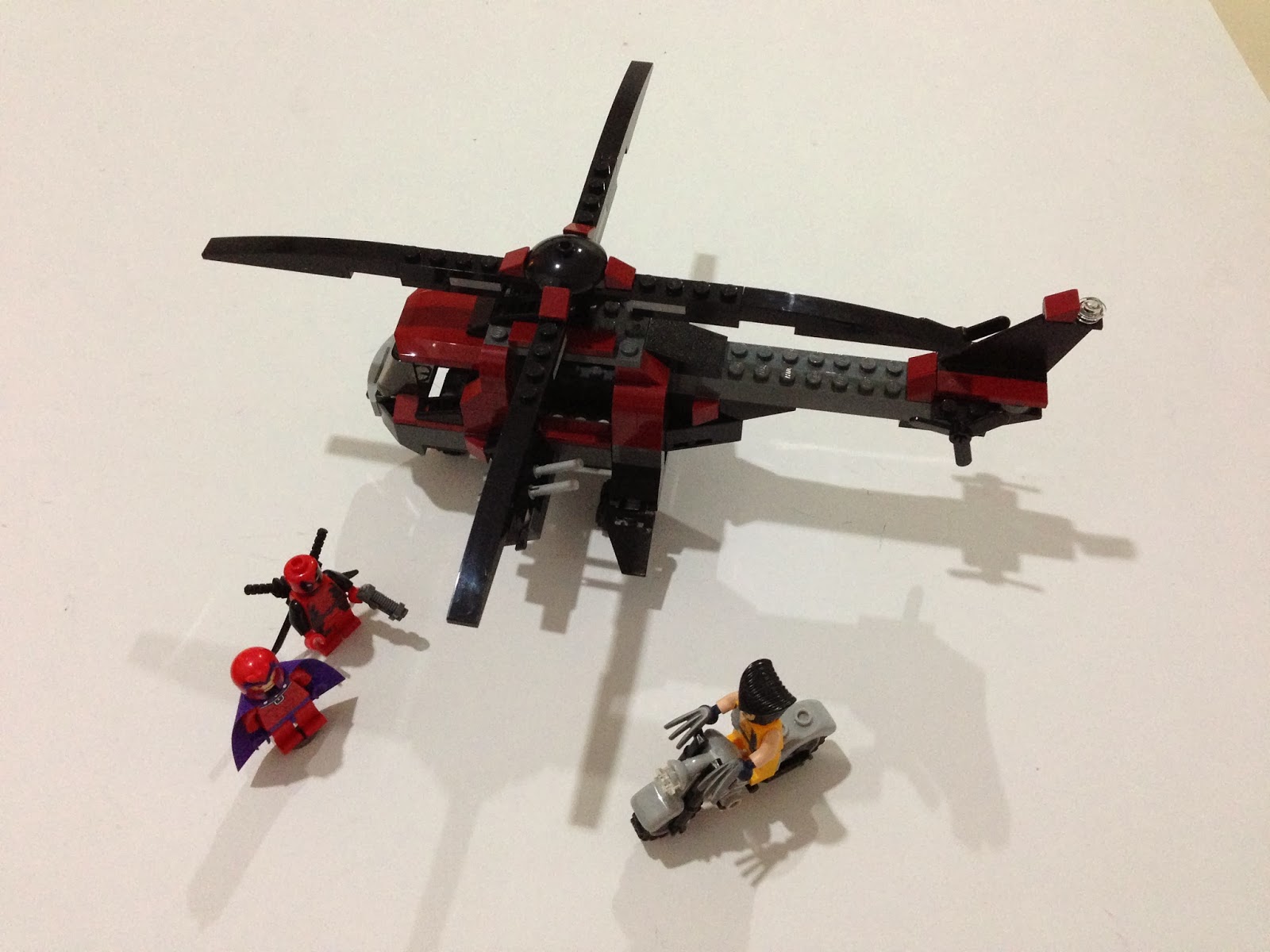 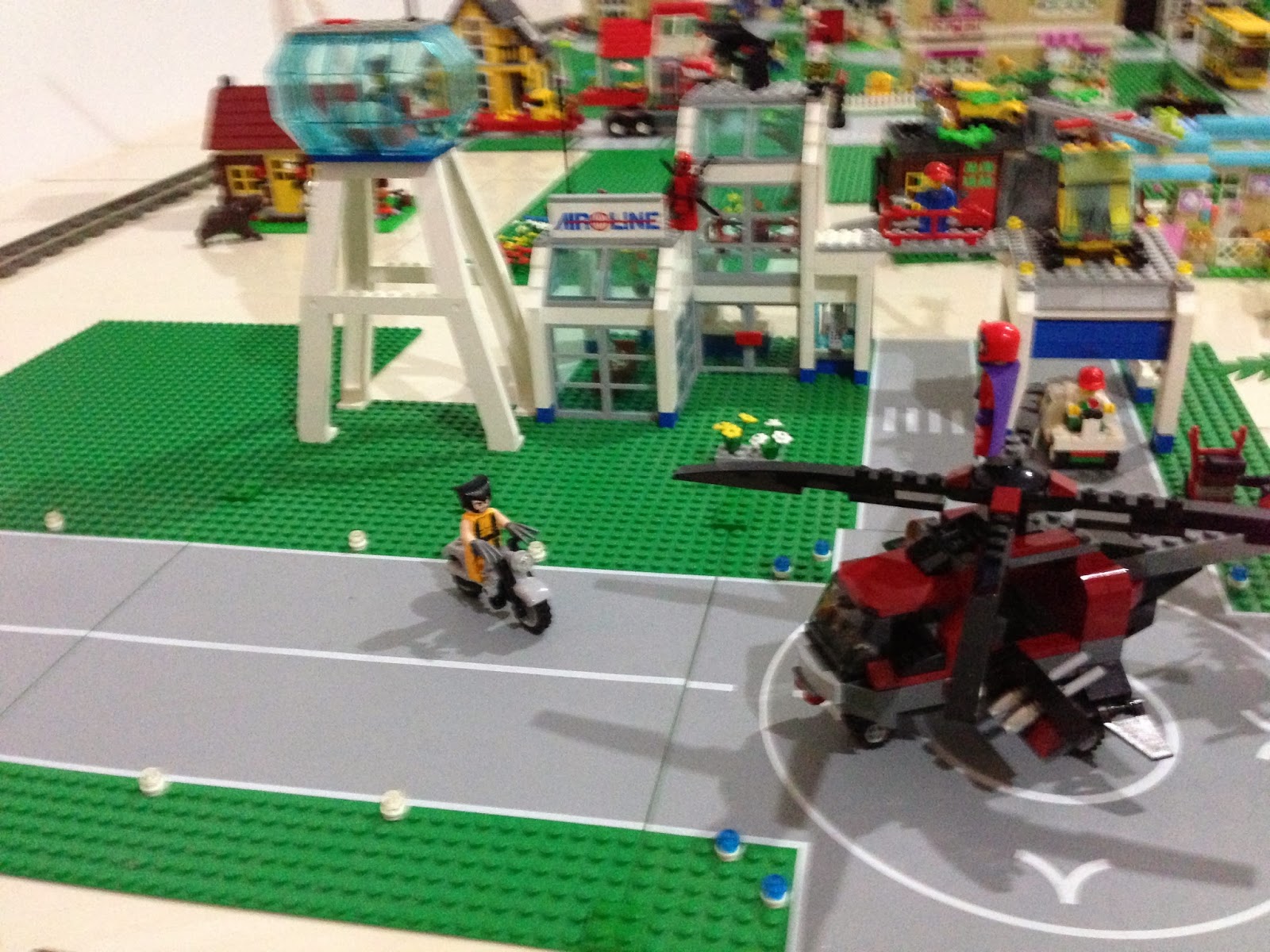 The build wasn't too difficult.  The copter is a bit oversized, but that seems normal for the Lego Marvel Superheroes line.  Wolvie's bike is a bit retro which probably makes it sought after by those into Lego choppers.
Posted by Novelty at 23:43