There is nothing new under the sun, and Lego is quick to popularise the standard Batman vehicles, because apparently Batman sells.  So this time around, we have a Bat jet, or Batwing (named after Nightwing perhaps?) 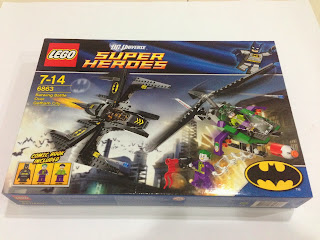 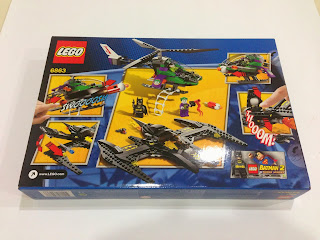 The Box is spooky and cheerful at the same time thanks to the bright colours and Joker.  The back just shows the action features with comic sound effects. 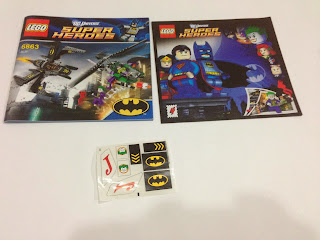 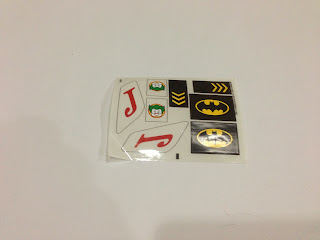 The box contains the decal sheet, the instruction book and the wordless minicomic... 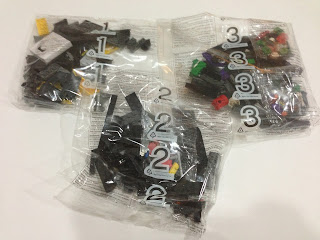 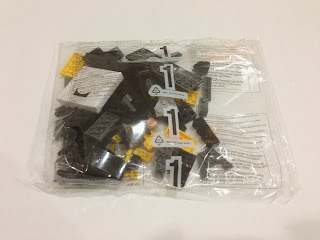 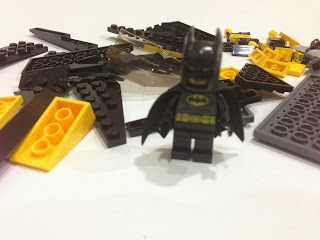 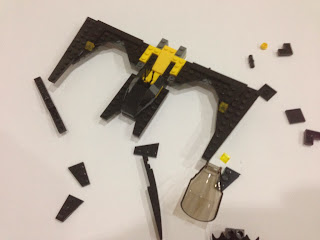 Holy Blurry Batman!  The first baggie builds the front half of the jet. 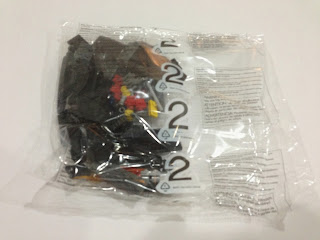 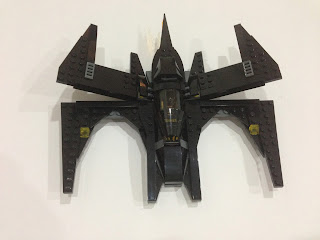 The second baggie completes the jet.  I think it's nice that they tried ot make it look like a bat, but there's seriously way too few details here.  I would have preferred more greebles. 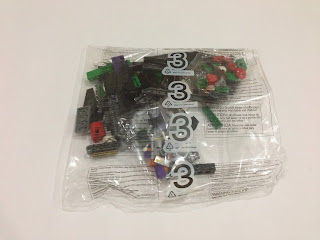 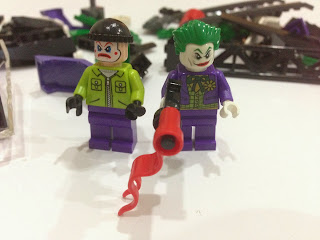 Baggie #3 builds the baddies.  There's Joker of course, and his's this scary dude.  He also comes with a henchman. 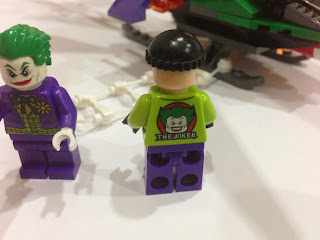 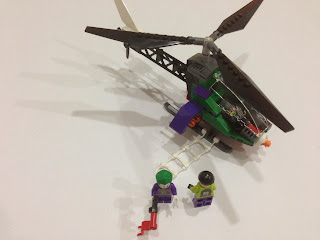 I like the printed detail on the back of the henchman.  Baggie #3 also builds the copter.  I don't quite like the build - it's too blocky and the proportion seems all wrong.  The NPU (new part usage - apparently that's an AFOL acronym) with the radio mast for the tails is interesting though. 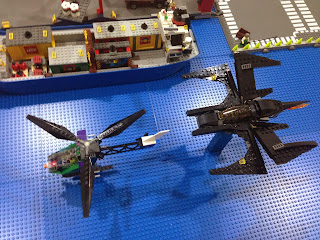 Overall, it's an okay set.  It's not great, but it does the job of plugging the gap with a Batman jet and Joker set.  Hopefully we'd be getting refreshes a few years down the road.
Posted by Novelty at 23:47