Welcome to a new week!  We are still on Monster October here on Toy a Day and this week, or rather this fortnight is Ben 10 fortnight.  That's right, 14 toys over 2 weeks in October.  I'm pretty psyched up about this.  I finally get to open the Ben 10 stuff.  And today we start with one of Ben's favourites - Fourarms. 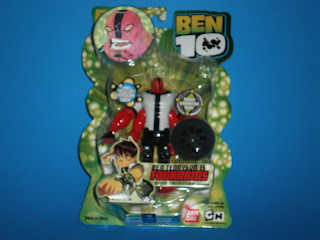 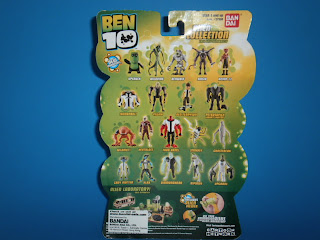 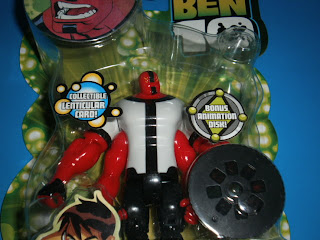 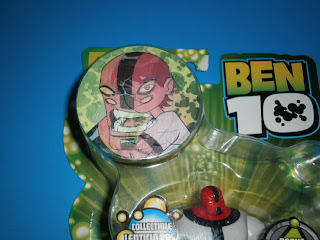 It's round and it does look like a pog, although it's bigger than what I remember pogs to be.  And a pog isn't a degretory Australian term for a Brit - that's a Pom.  A pog is well, lemme point you to hobotastic for the nastiness of a pog.

The front is messy and it's taken up by the Viewmaster reel as well as two stickers.  Could Bandai be any more retro?  Viewmaster slides?  Really? 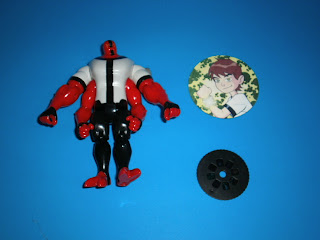 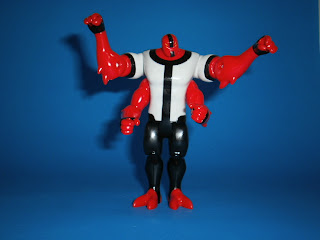 Out of the card, well, it's just a 3-and-a-bit inch figure and the two accessories, which really doesn't do much for the figure.  The figure has more articulation than usual, thanks to his extra limbs - swivel neck, shoulders on the upper and lower arms and hips, and hinged elbows on the upper arms and knees.  The lack of ankle joints means that his range of motion isn't great.  The lack of elbow joints on his lower arms make those arms almost useless as well. 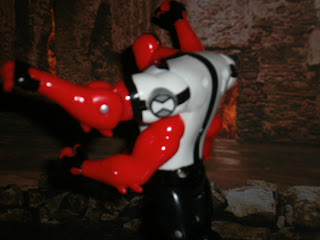 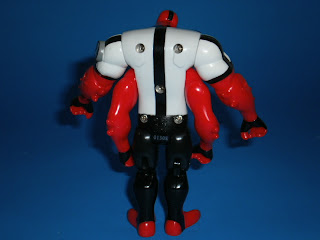 The figure is simple, and is almost not sculpted or painted.  What litle paint there is on the figure, including on the face is adequate.  Bandai though, decided to paint the back of the figure, which is a plus.  Another plus is that the omnitrix symbol is made from a translucent plastic. 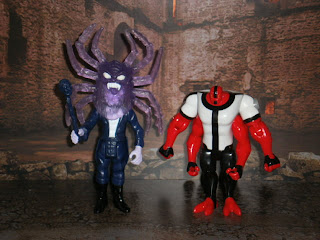 I'm think this figure is a lot better in the package than out of it.  Nevertheless, it still looks bright and shiny and cartoony, but it fails on posability as it is comparable to a toy from 2 decades ago.  Oh and the plastic on the toy has a rather strong pungent smell that was really unpleasant.
Posted by Novelty at 15:21