I guess since I was on the Lego Marvel Superheroes, I might as well head on to Spidey's friends.  Today's Superhero is the Hulk. 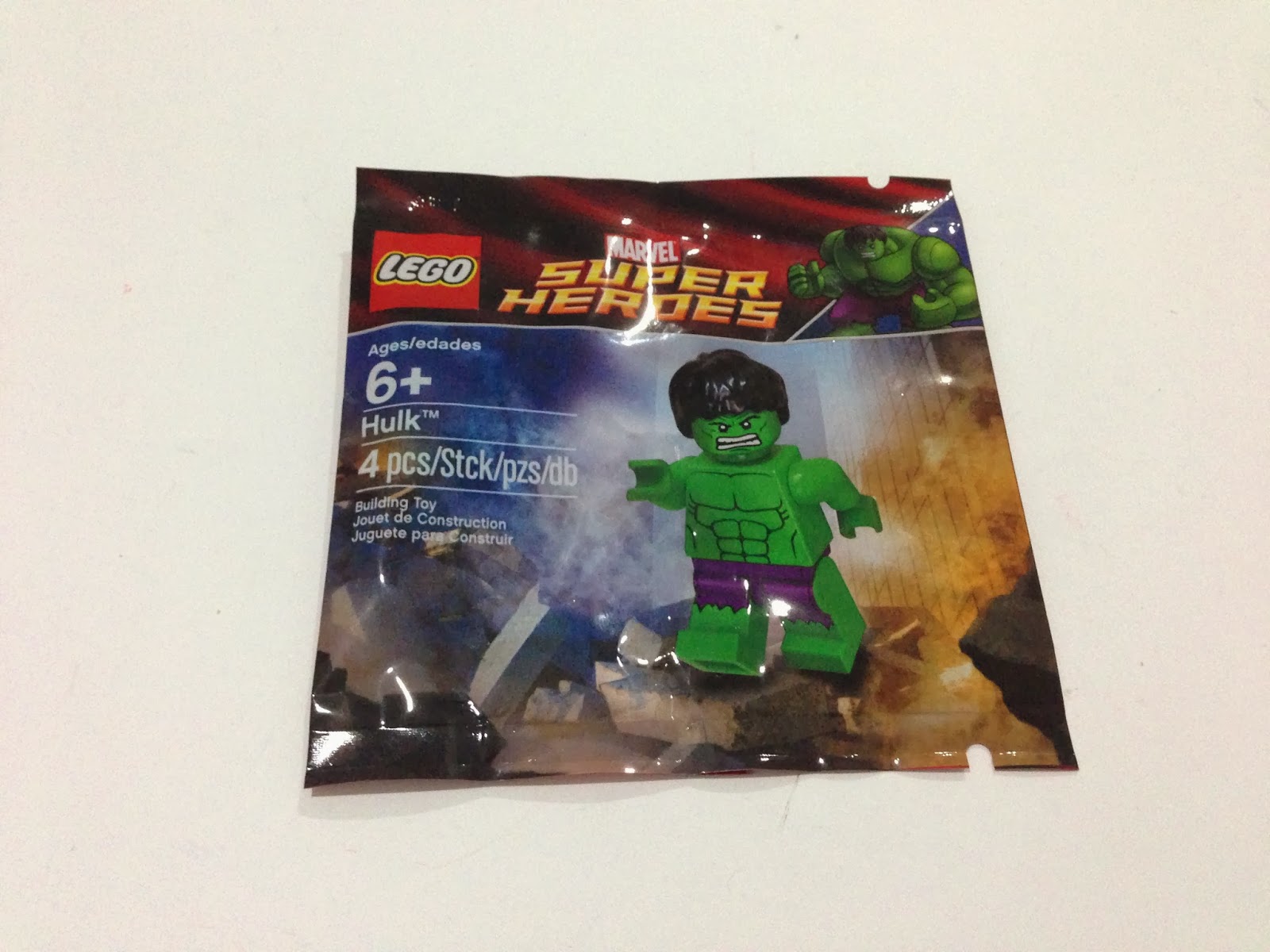 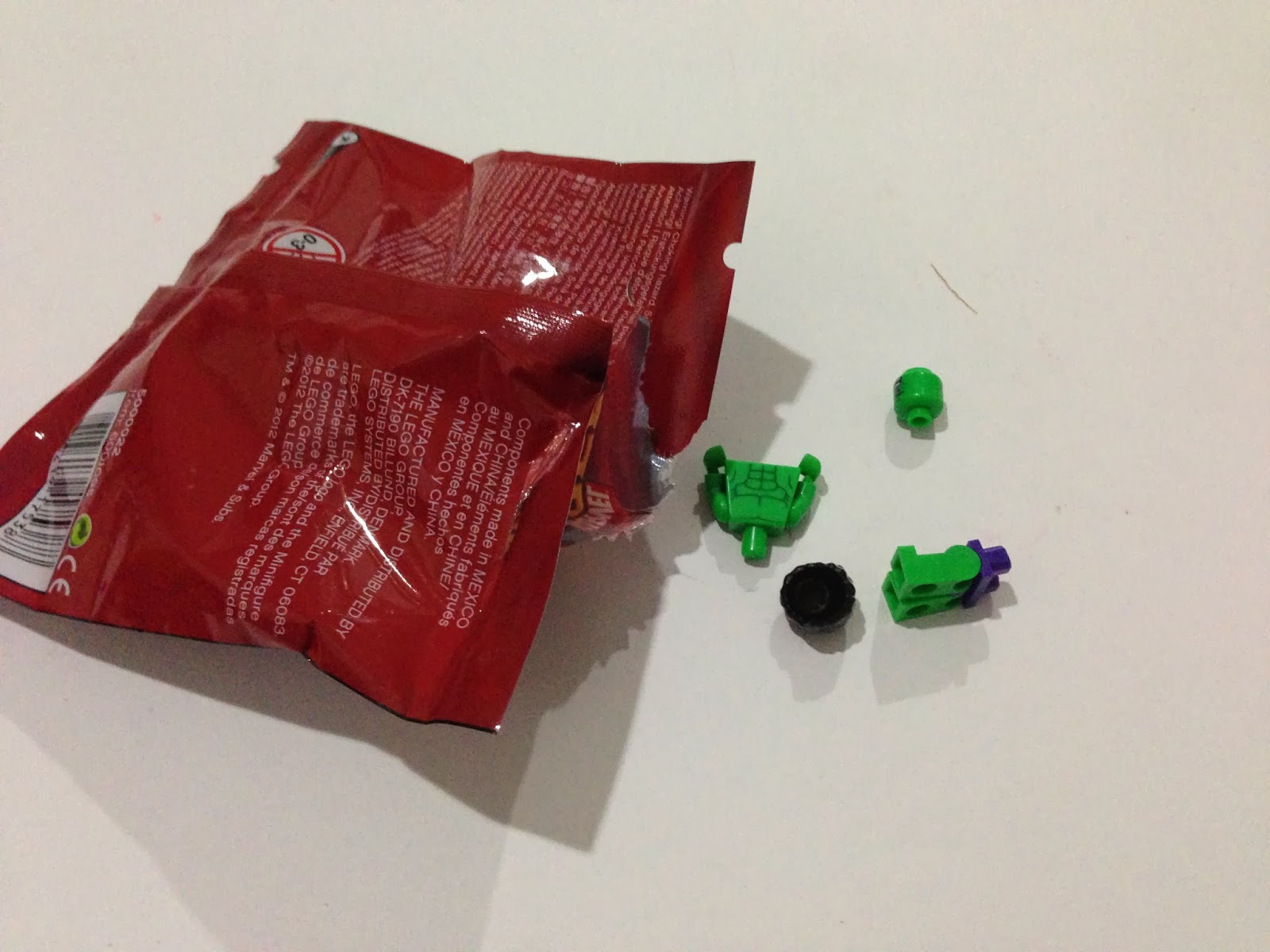 Lego can't make a figures only set for Star Wars, but apparently it can make minifig-only polybags of the Superheroes.  This one is hulk with his printed purple pants.  The polybag is a bit big for the contents, which is just... well, the 4 parts that make up the minifigure. 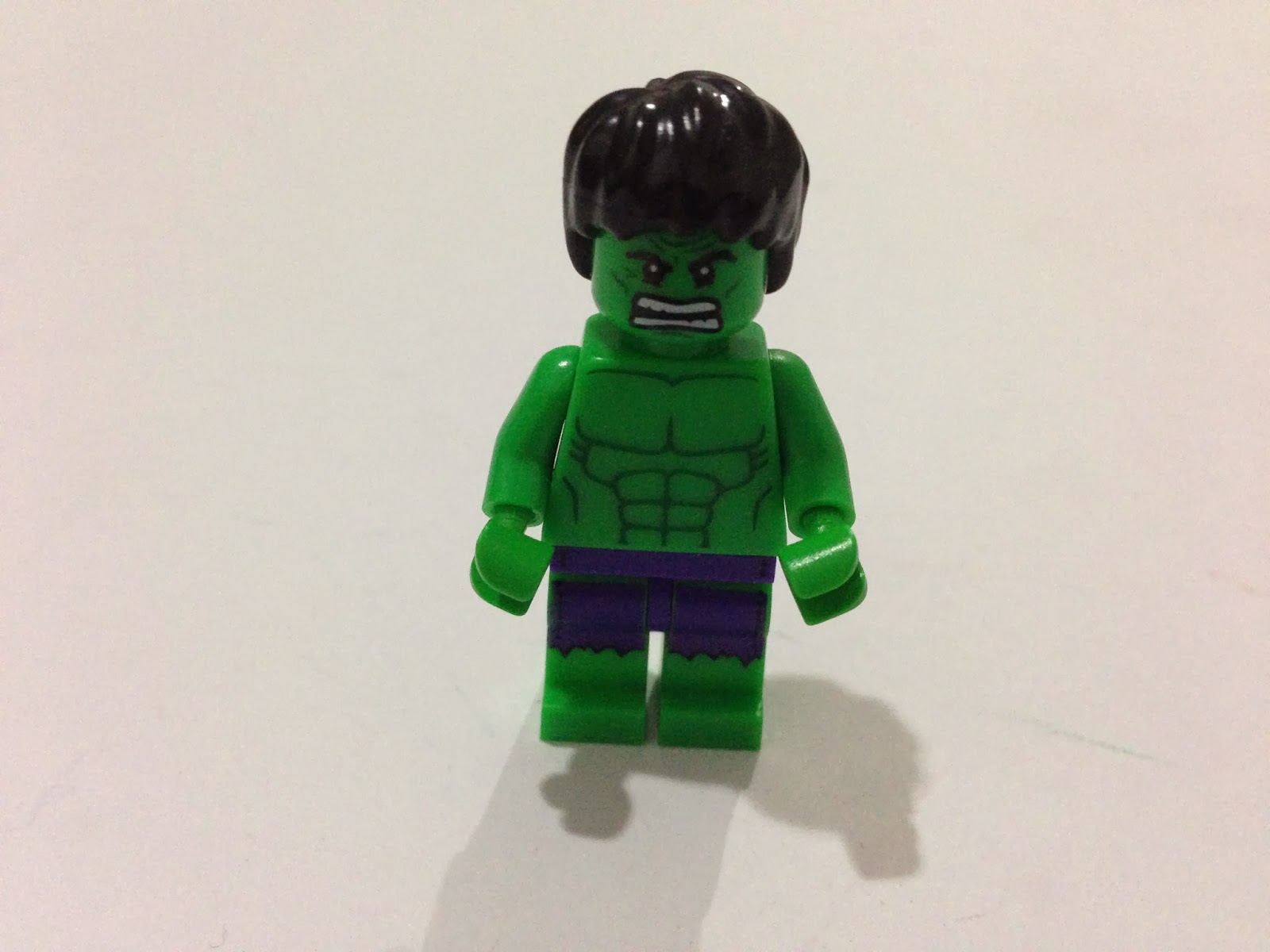 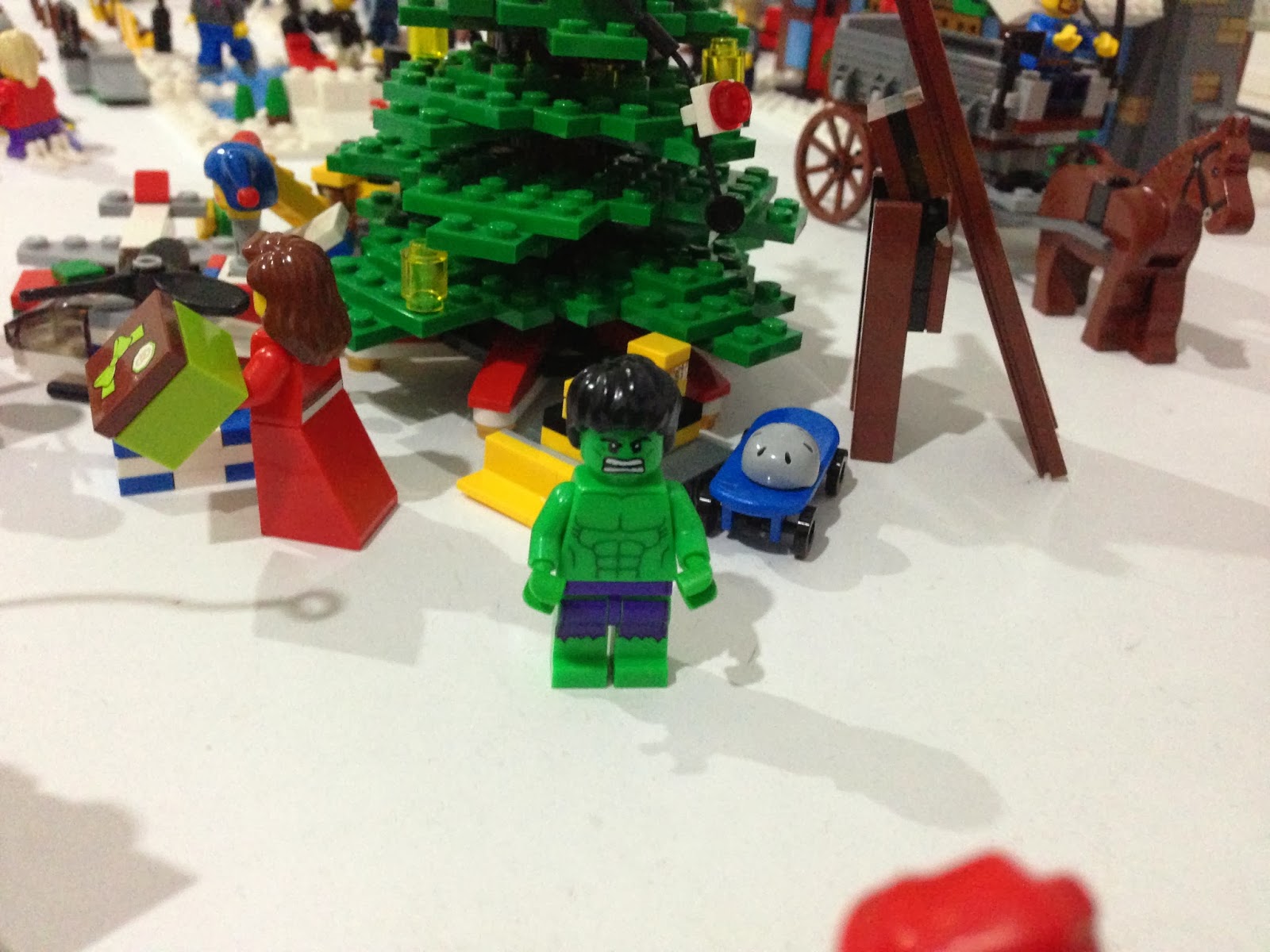 The figure is OK, the printed details on the face and torso looks good, and the overall figure reminds me of a Monster Fighter figure.  He doesn't seem too out of place next to a Christmas tree as well.  He's not all hulked up or anything though, but that's OK.  This is the little green monster version of him.
Posted by Novelty at 22:06