It's another double today - a pair of testosterone filled brutes from a franchise that was popular in the nineties - American Gladiators.  Yup, you remembered it correctly.  People hanging on giant balls or fighting with giant cue-tips! 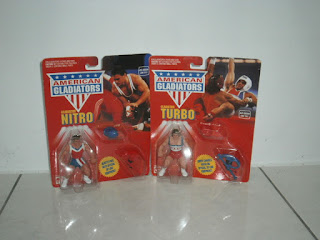 The duo that I have are Nitro and Turbo.  The cards seems to be in pristine condition.  Oh well, too bad they are being opened. 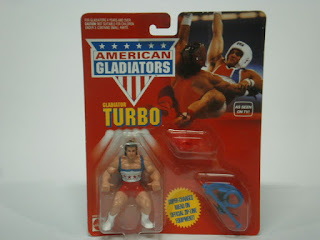 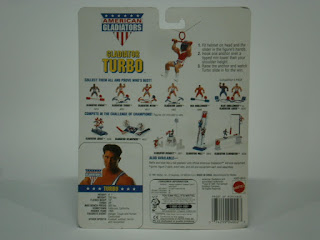 Turbo comes on what seems to be the standard American Gladiator card.  The front has a photo of him in combat.  The toys are packaged in three blisters.  The back shows his bio, but most of it is dedicated to the rest of the toys in the line, and there's a whole lot of them. 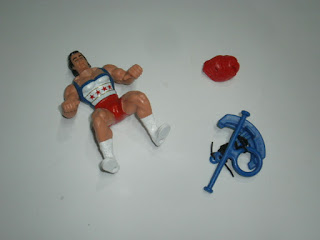 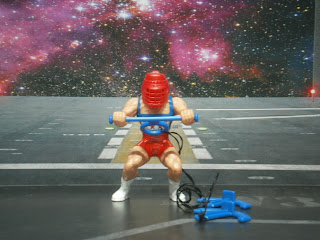 Turbo comes with his helmet and flying fox accessory.  The figure is sculpted rather nicely and is painted well.  However it only has four points of articulation - twist neck, waist and both shoulders.  It does remind me of one of those Gormiti figures though. 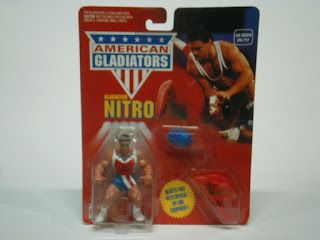 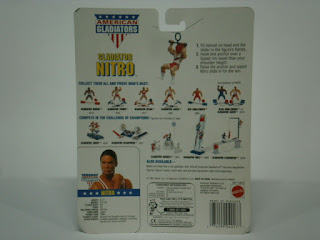 Nitro comes on a similar card, but has a different battle photo on the front.  And I never knew that he was Japanese, I always thought he was Native American.  Go figure. 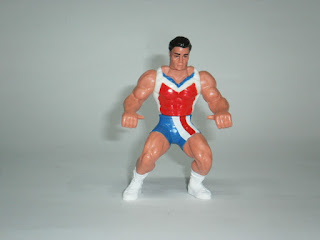 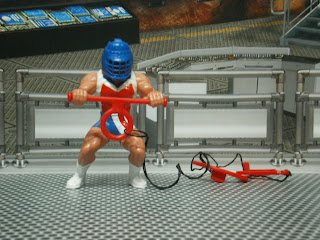 It's a completely different sculpt which looks great.  The paint is done nicely, but the limited articulation make this more a statue than an action figure.  He comes with the same accessories as Turbo, but in a different colour. 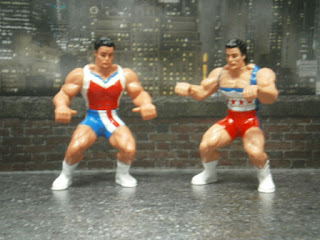 Here's the pair of them.  They aren't too tall either, about three inches tall, and they don't really look like the characters that they are supposed to be, but oh well.  Back to the box they go!
Posted by Novelty at 00:48