OK, so the guest blogging gig has been really great.  Lemonjuice has been offering me these air-filled life-sized "action figures".  I've noticed that there are some patches of stickiness around certain areas (the action features area?) and when I asked Lemonjuice about it, all he gives me is a vague answer about him testing out the figures to make sure they work, or something to those effect.  But I digress...

I've finally made enough to get a few extra figures, so I headed over to Big Bad Toy Store to get a few DCUCs.  The figures are finally here.  Here's a preview! 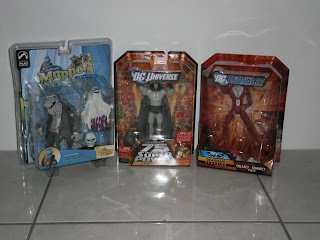 The 2 DCUCs will hopefully be part of Justice League June here on TaD (or perhaps a guest slot on another blog as part of Blog Mash Bash - I have no plans yet for that far out). The Muppets figure will be part of Monster October (and I'm gradually building up enough figures for that).

Since I was taking pictures, here's a preview of what's being offered as part of Justice League June on TaD. 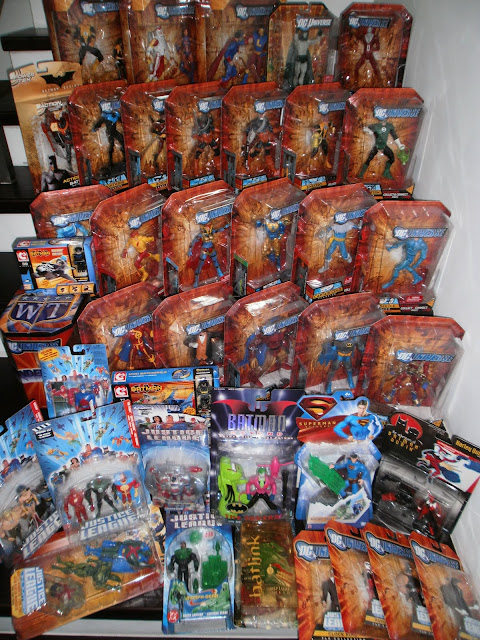 Right after I took that photograph, I just realised that I did not include the Lego Batman stuff in that picture for that month as well. There's probably also a few odds and ends that I might pickup before then.  I can't wait to open these!  I hope you'll be here to join me in June when I open these up, one for each day of the month!
Posted by Novelty at 16:31