The final toy for Iron Man week.  I know this is only the sixth toy for the week, but I don't have a seventh, and I'm not that keen on getting a seventh. 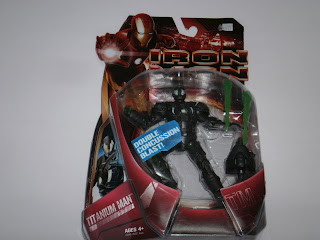 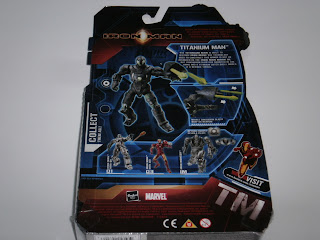 Titanium Man comes in the same packaging as Iron Man, and despite the presence of the Iron Man image on the top of the card, there's a nice picture of the figure on the printed title card inside the bubble.  The back is laid out in the same manner as Iron Man, but this is for Titanium Man, of course. 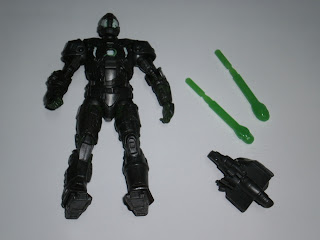 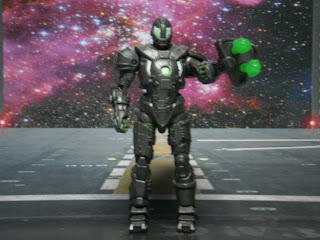 Titanium Man comes with a wristed mounted missile launcher and two green missiles.  The missle launcher and the missiles are rather plain, but they actually do work.  That makes them a lot better than the launcher from Iron Man. 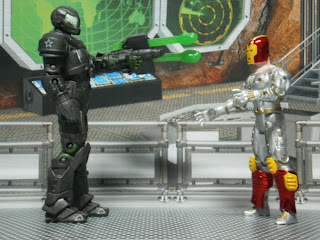 The figure also has double joints for the knees and elbows, ball joints at the neck, shoulders and hips, twist joints at the wrists and a hinged joint at the ankle.  That's an ample amount of articulation, and guess what?  They joints actualy do move and work.  That makes this figure a lot better than the stuck joints Iron Man that I opened yesterday.  I also like the paint work on this figure - it's not sloppy (again, a huge contrast to Iron Man), and there are some nice painted details on the figure.

Overall, this is a very nice figure to have and play with.
Posted by Novelty at 00:07