I like to say good things comes in twos.  Well, I was a bit underwhelmed with yesterday's Tony Stark from toybiz, so I don't have high hopes for Blizzard from the same line today. 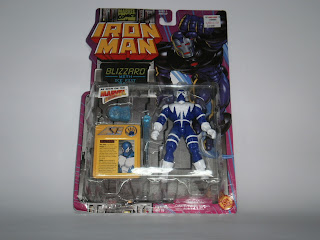 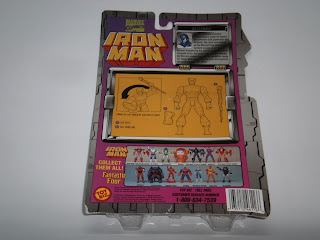 He comes on a similar card, but the Iron Man is coloured differently and of course Blizzard's name is printed on the card.  I like the use of the LED fonts, although it's probably a bit dated now. 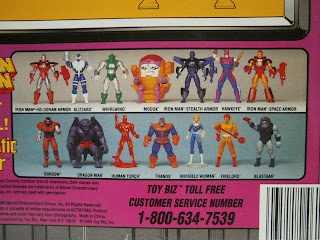 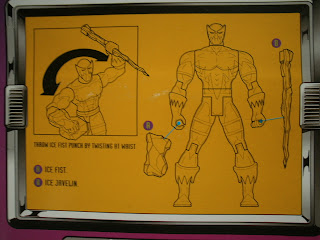 The other figures in the line looks great - there's a huge Modok and some rather unique sculpts.  That's a far cry from today's "buck reuse" lines.  The instructions are rather simple and it's just a line drawing.  It looks weird because it looks so cheap.  They could have at least made it white lines on a black background or something techie instead of boring black lines on a yellow background. 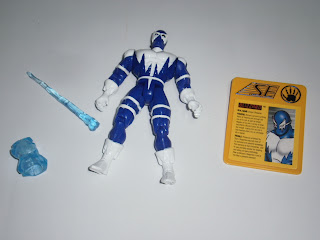 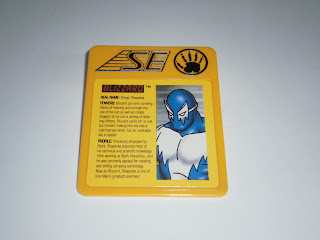 Blizzard comes with a huge icicle, a two-piece ice fist and a security card with his bio applied on the front in the form of a sticker.  The sticker was peeling on mine, but some gentle pressure fixed that.  The security card laso has a clip on the back to allow for cosplay... or something. 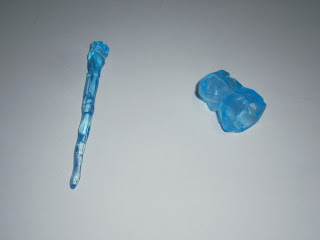 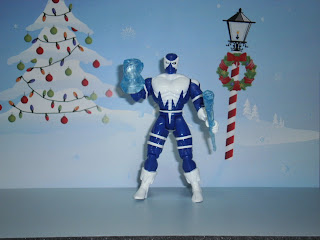 The icicle and the ice fist are both made from clear blue plastic.  The icicle looks very nice and has some nice textures sculpted onto it.  The ice fist breaks into two to fit wrap around Blizzard's fist, but because of that, the cool transparent ice look is marred by the joint line.  It's also a lot more cloudy than the icicle though. 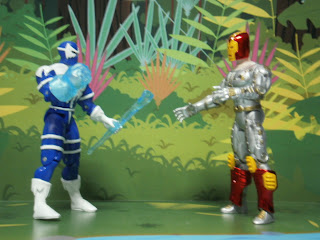 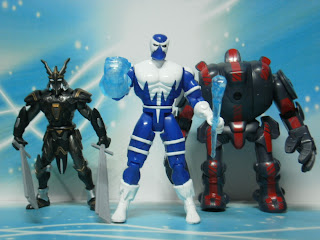 Blizzard has the same nine points of articulation as Tony Stark.  His paintwork is really well done, and that's not a mean feat considering all the intricate details.  The feet of my figures are a bit warped, probably fromthe package.  His action feature also doesn't get in the way of the articulation, something which surprised me.  He looks good though despite the simplicity.  It makes me wonder if there's a more modern version of the character and how he'd look.
Posted by Novelty at 00:26