I'm going to continue GIJoe week-ish with four more movie vehicles.  I didn't bother getting the figures from the movie line because I couldn't justify paying huge sums of money for them.  The vehicles, by contrast consists of a figure AND a vehicle and only costs double of what a figure would cost, so, it made more sense IMO to get the vehicles.  Nevermind that some of them went on clearance anyways... 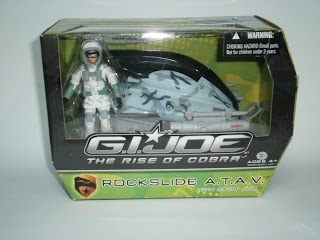 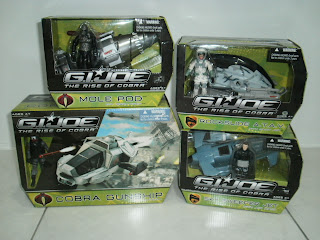 The box is plain, but nice.  The movie logo is on the box and the name of the vehicle is printed clearly on the box.  There isn't much in the way of artwork or design, but like all things Hasbro, the box is anything but rectangular these days. 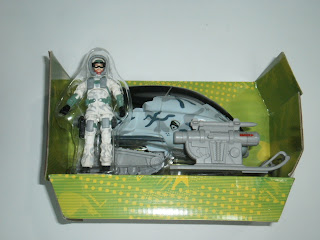 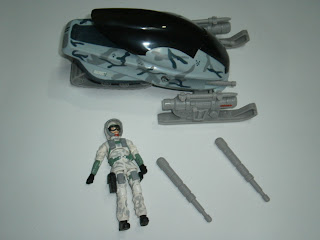 The contents are pretty simple - a figure, a vehicle and two missiles. 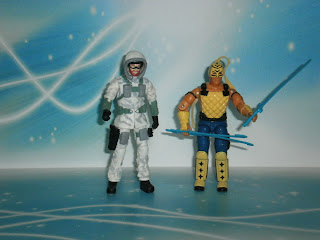 The figure, Snow Job, comes with a removable helmet and I must say I like the sculpt a lot.  The paintwork is also nice, and he's not as garish as the Ninja Force/Team/Equipo figures. 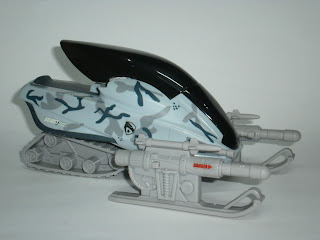 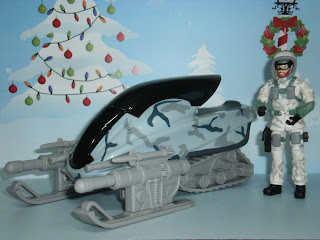 I do like the design of the snowmobile - when I saw these in the movies I told myself I was getting one of them if they made it into a toy.  Well, here's the toy.  The sculpt adds a lot of detail to the otherwise plain (camoflaged?) vehicle.  The paintwork is precise and there's close to no smudges of sloppiness.  Overall, I think this is a very nice figure/vehicle combo!
Posted by Novelty at 21:24