When Grizzlor went back on sale the other day, I decided to pick up a couple more of the furballs for my Naked Grizzlor Army (NGA).  Now, I've already written about Grizzlor the first time I got him, as well as the second figure that I got to display him in his reimagined version. 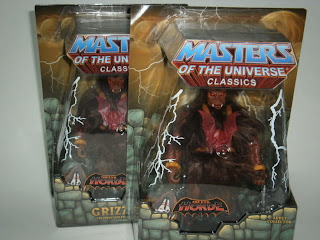 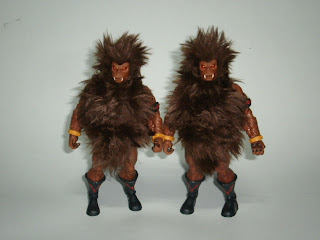 Naked Grizzlors are just Grizzlors without their chest harness (or loincloth).  Now, he isn't him with the fur removed, because underneath all that fur, is a normal MotUC body complete with loincloth! 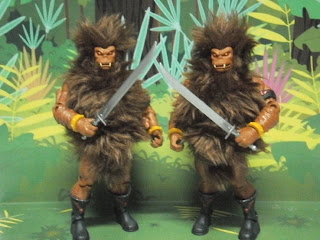 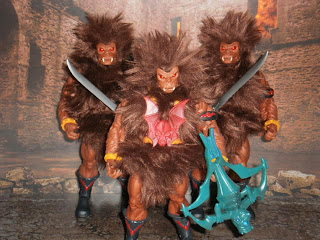 I know two doesn't really make an army, but they can make a nice honour guard for Grizzlor... or Hordak. 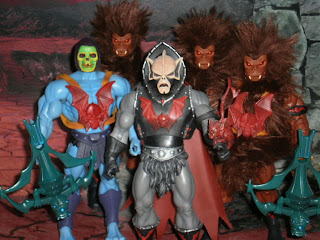 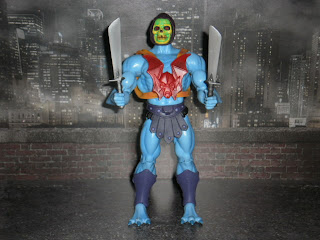 So what can I do with those extra harnesses?  Make Apprentice Skeletor, of course.  Apprentice Chef Skeletor, anyone?
Posted by Novelty at 00:52