It's day 2 of Iron Man week, and I'm still on an Animated Adventures roll, which means there's no Iron Man?  Heh.  I'm not the guy who's into the main character.  Usually, it's the other characters in the line that interest me. 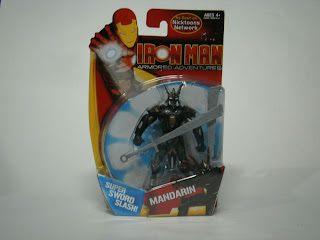 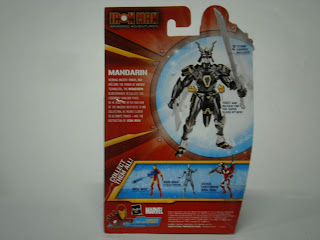 Mandarin comes on the same card as Crimson Avenger from yesterday... at least on the front.  The only difference is the title card.  The back of the card has the same layout.  I'm not so sure I like how the action features is displayed in that image - the arrows sort of gets in the way of the picture. 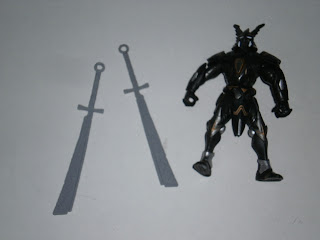 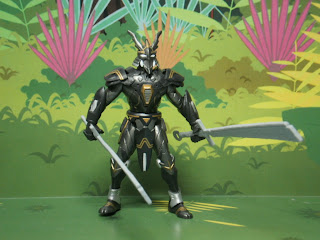 Mandarin comes with two huge swords which are longer than he's tall.  They are mono-plastic (hah! neologism!) which is just my way of saying that they are made from one piece of a singled coloured, unpainted plastic.  There's some details to the swords, but not a lot. 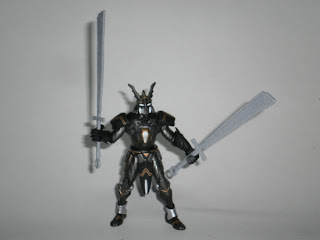 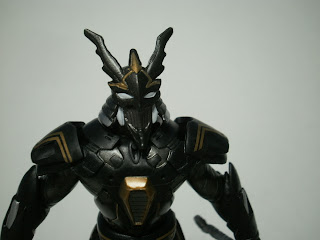 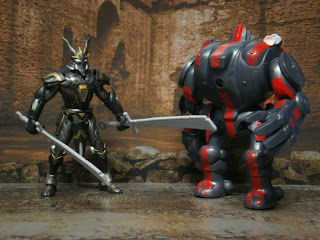 Mandarin is smaller than Crimson Avenger, yet he's so much more than a lump of plastic visually and 'in my hand'.  I'm not surprised that I like him better.
Posted by Novelty at 18:31