It's Bandai week here, and Bandai has quite a few great lines - Pokemon, Soul of Chogokin, Kamen Rider, Ultraman, Bakugan.  I don't really collect any of them. One of their most famous lines in the nineties was the Power Rangers, so I thought I'd repost that here in celebration of Bandair week. 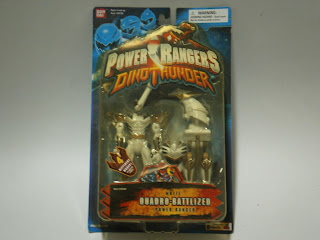 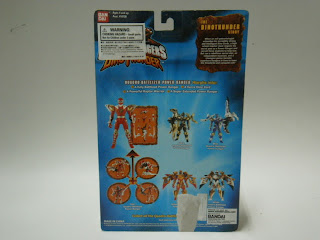 The packaging is usual for the Power Rangers, although this time around, the Rangers shown on the top of the card are "ghosted" in blue and black instead of being true colour.  The packaging does display all the contents such that almost everything is visible through the bubble.  The back of the card is boring as usual, but since it's targetted at little kids, I guess they don't really need to read anything there to actually convince their parents/whoever to get the figures for them. 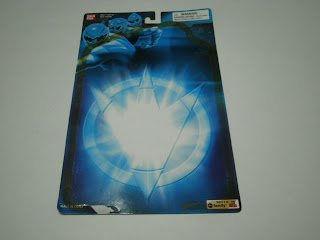 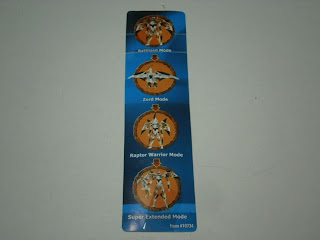 There's a gorgeous logo behind the figure on the front of the cardback.  The sides of the bubble has a strip of images showing the four modes (hence the quadro in the name of the figure). 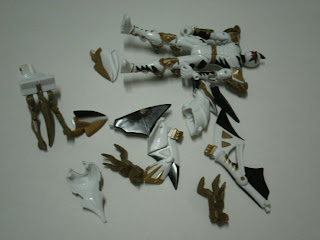 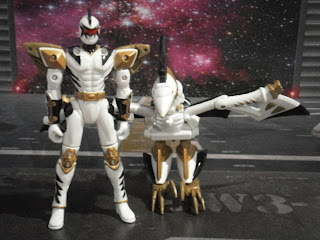 Getting everything out of the packaging was a bit of a chore - there's the figure and a chopped up bird thing.  The assembly did require some thinking, and some of the parts doesn't stay together too well - the bird does disintegrate on play.  The figure looks boring - the sculpt is good, the paintwork is good, but the action feature means that the articulation is limited - there's still the basic seven on the "untransformed" figure. 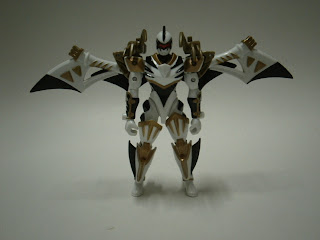 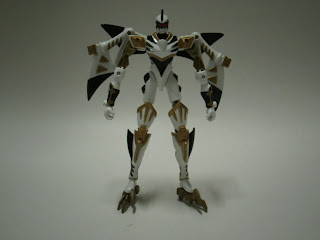 The figure can have the bird parts attached to form the second mode, and thanks to the "extendar" joints, can be lenghtened to the third mode.  The lengthening is mainly in the legs with two sets of triple hinged joints, and extends the figure to almost double its original height. 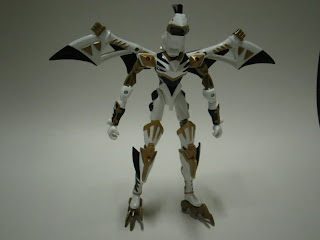 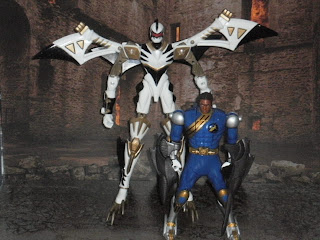 The extended form is rather skinny, but thanks to the clever use of bird parts, the skinniness is covered up, at least from a frontal view.  The back is a different story altogether.  I can see how this can be a fun figure, but things dropping off every which way when I do actually play with it got frustrating after a while for me.  And somehow this figure and the colour scheme reminds me of the Highbreed from Ben 10... hmm...
Posted by Novelty at 13:24