It's another day, and it's still Speed September though... and this is the toyline that lent half its name to this month's theme... Speed Racer!  Racer X is the antagonist of the series (I think, I've not watched the movie or the anime) and he has a rather important position in the franchise. 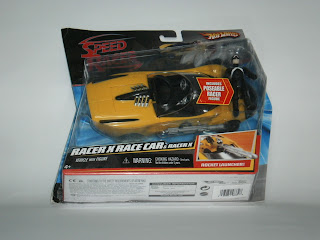 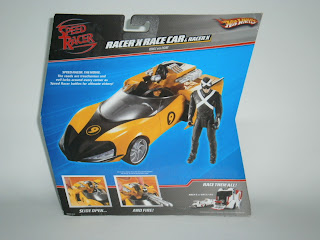 Which is why he got a toy?  The packaging is similar to Speed Racers, but modified for Racer X, of course.  I like the contrast of the the yellow and blue better here though. 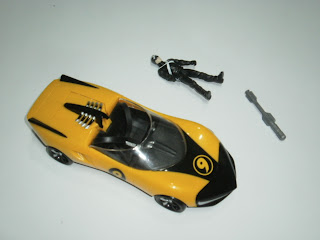 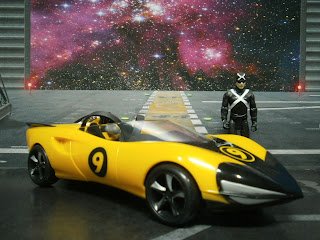 The bubble contains the car, the figure and a missile.  Now the overall look fo the car is awesome.  The paint is crisp thanks to this being a Hotwheel product, and the whole things just looks good. 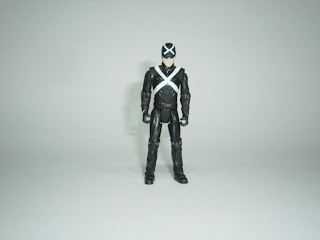 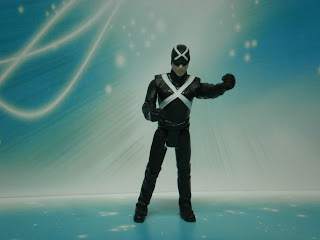 The figure has the same nine points of articulation as Speed Racer, which means he could do some rather nice poses.  However, I suck at posing!  For a toyline about the cars, Hotwheel spared no expense on these figures! 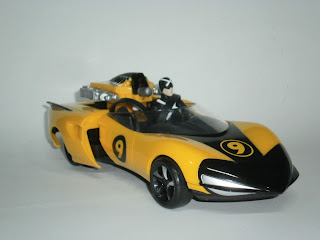 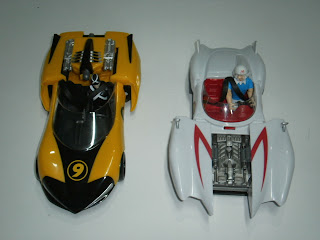 The vehicle does open up though, and the rear engine rises so as to enable the missile to be shot out from it.  There's some nice chrome detalling on the engine when it's revealed.  Because of the colours and the overall sleek shape, I think I prefer this vehicle to the one I opened yesterday.
Posted by Novelty at 23:36