Another day, another Monster Fighters set.  This one just happens to be one of the most expensive thanks to the light brick... but I'm running ahead of myself. 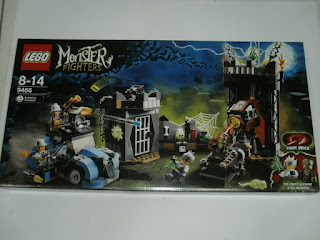 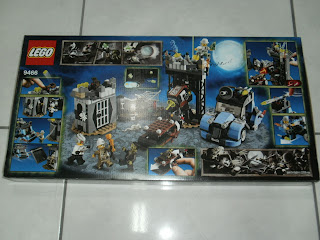 The box seems to be jammed packed, both in the front and on the back.  There's a lot going on there, and that's a good thing.  The image on the front seems creepy, while the back shows off the multitude features found within the set. 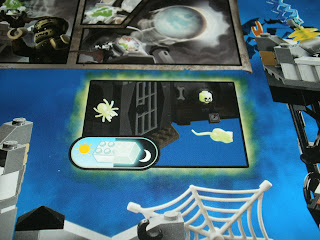 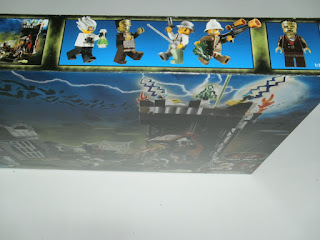 There are only 3 gitd parts though, which is a pity 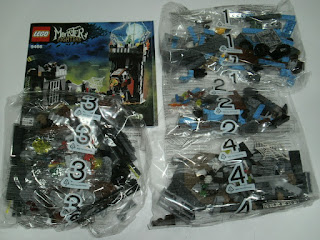 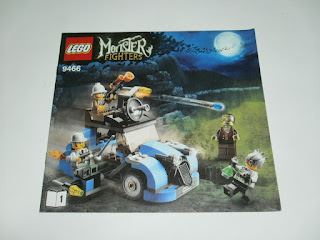 There are four baggies in this set, and the instruction book. 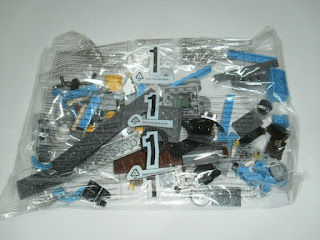 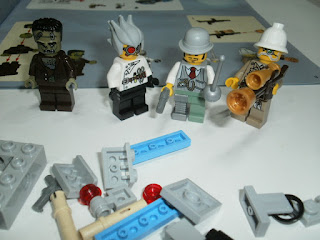 Baggie number 1 builds 4 minifigs - the titular crazy scientist, his monster and two advernturers type.  Nothing special here though - we've seen most of these before from the Collectible Minifigures line. 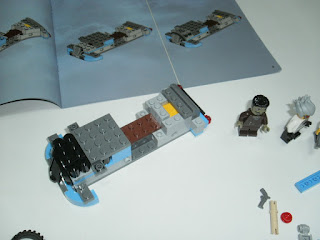 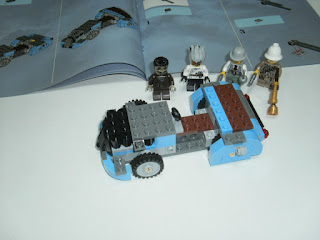 It also builds the lower half of the bug-like car. 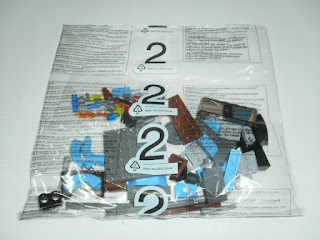 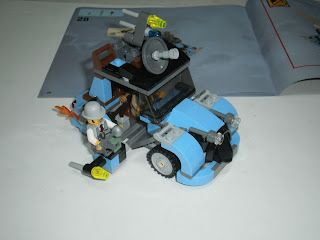 Baggie number 2 completes the car.  In addition to the dish on top and the firing missiles, it also has a seat that can be moved out thanks to two rods.  It's a neat feature with a nice design, and will bring some fun.  Otherwise though, the car seems a bit too cartoony, but I get the feeling that is by design. 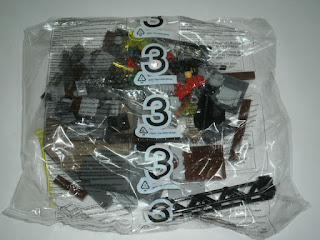 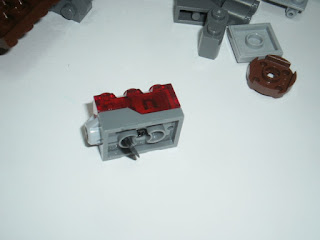 Baggie number 3 has the light brick - and that's why this set is more expensive than usual. 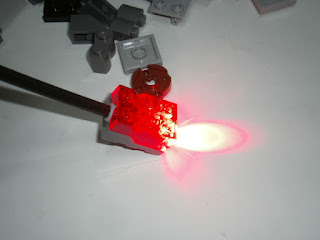 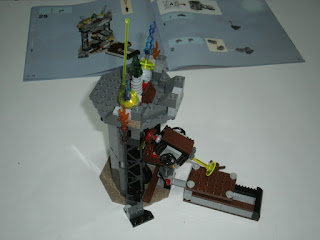 The light brick does produce a rather bright light.  It's incorporated into the scanner in the tower, which is also built from the parts in Baggie number 3.  I like the tower - the clever use of parts makes it look good, and the movable platform gives it that scientific feel. 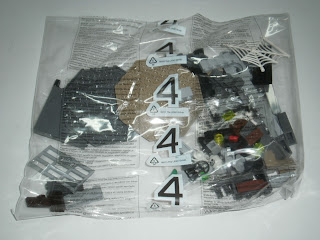 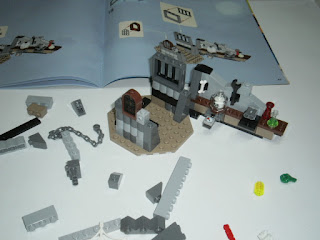 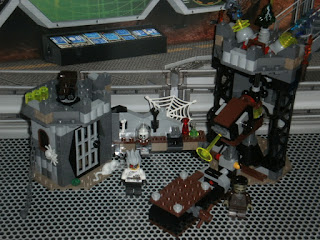 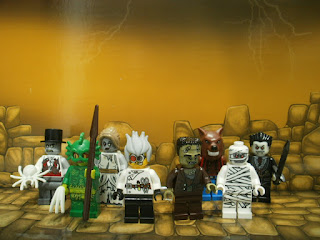 Overall, it's a bit of a disappointment, despite the set having great features.  It would have been nicer if they made this modular with the Vampire Castle or something.  Oh well.
Posted by Novelty at 23:05