We start off the countdown to Halloween with this Monster Fighters set, The Swamp Monster. 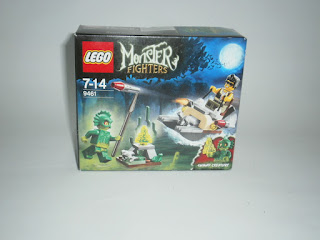 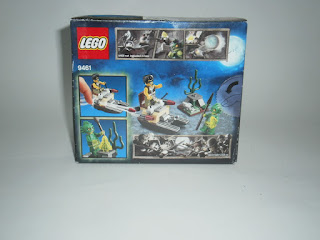 This set has been affectionately called the Merman set... by me :)  The box is a bit boring on the front and thanks to there being no gitd, it's boring on the back as well. 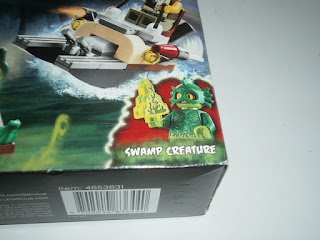 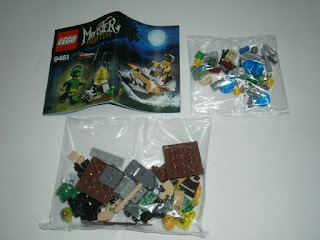 Despite its small size, there are two baggies inside and an instruction booklet.  The baggies aren't marked, but that's not going to be a problem. 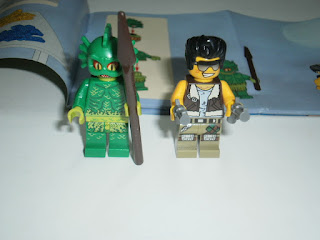 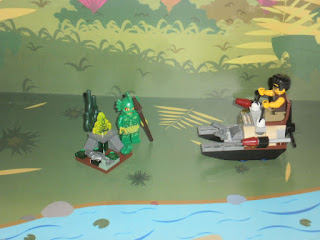 The minifigures are awesome.  They have prints all over and the face sculpt makes Merman, erm... the Swamp monster looks cute, while the rocker dude guy does seem a bit macho in a gay sort of way, and I think that's good.  The overall build for the swamp with the frogs and the hovercraft is a bit boring, but who needs them anyways?  We've got Merman!
Posted by Novelty at 23:18