From Trash Packs to the collector of trash himself - Wall-E. 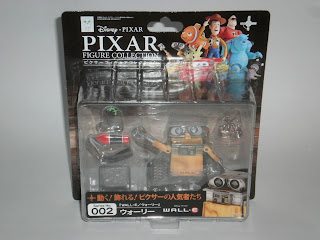 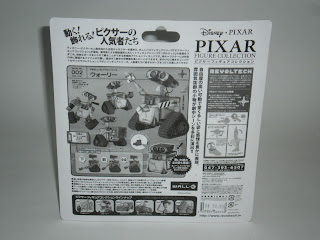 Revoltech has the Disney license in Japan apparently and they have been producing all these huge 8-inch figures.  They finally decided to create smaller versions for some of these characters and have placed them on cards instead of boxes.  Despite the fact that it's on a card, it still looks and feels like a Revoltech. 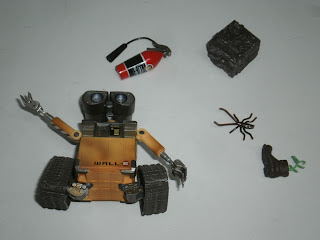 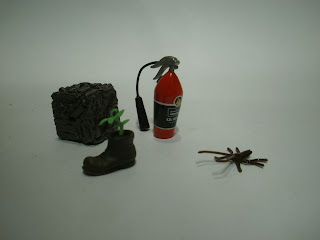 And like Revoltech, it comes with a whole host of accessories from the fire-extinguisher to the plant in the boot.  Each accessory has oodles and oodles of detail.  The figure itself has removable Revoltech joints - which means that the articulation are tight, and removable.  His arms and threads can be removed to convert Wall-E into a box. 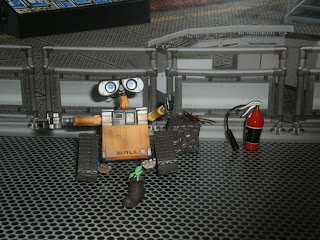 The sculptis good and resembles the movie.  The paint is excellent - it has that overused feel to the character.  I like this figure despite the fact that it's barely 2-inch tall, and the accessories add even more character to it.  I wish they have made an Eve character in this scale as well.
Posted by Novelty at 23:19

Email ThisBlogThis!Share to TwitterShare to FacebookShare to Pinterest
Labels: Revoltech