Things start getting interesting as we move on to the bigger sets.  This doesn't just feature one monster but a trio of them.  Vampire, his bride and a zombie driver. 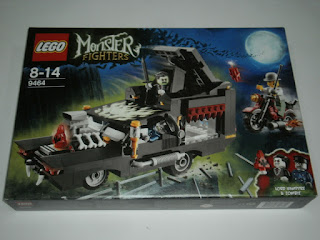 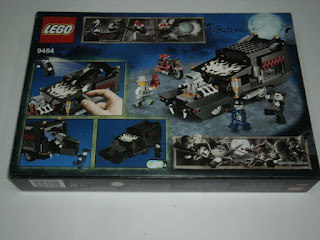 It's a hearse that's being chased by a cycle.  It seems a tad boring though, and the back doesn't make it that action packed, despite the presence of a figure throwing action feature. 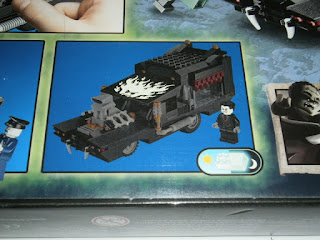 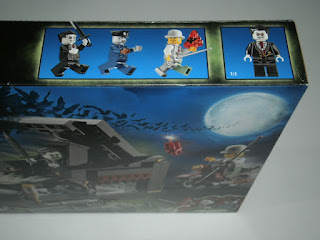 The gitd parts look good though.  That huge flame design on the roof of the hearse, now that's gonna look crazy. 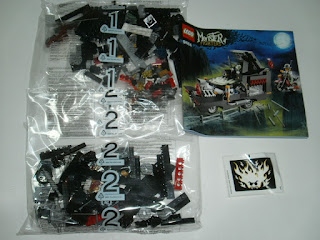 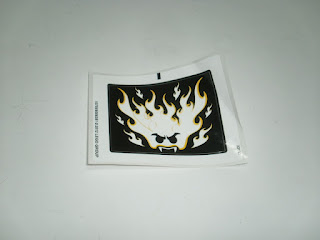 There's still two bags and the instruction book, despite the box size getting bigger.  There's also that gitd sticker for the roof of the hearse. 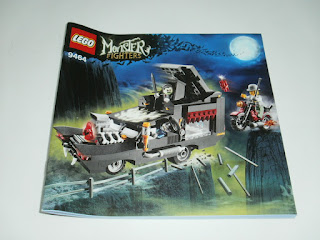 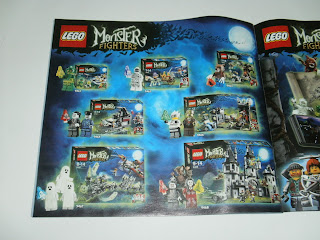 The instruction book is nicely printed though, and the presence of all the sets at the back of it makes great marketing sense. 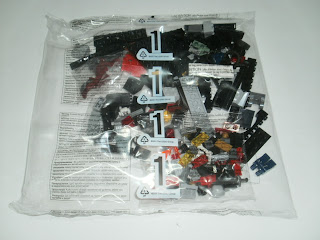 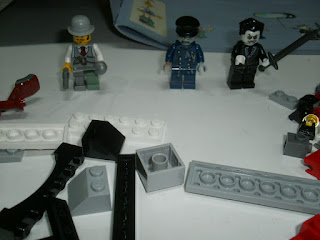 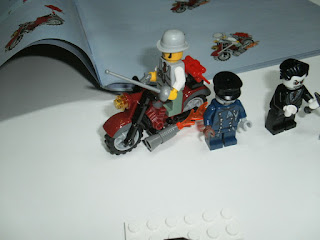 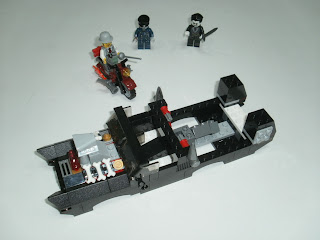 ... the motorcycle and the lower part of the hearse.  The motorcycle seems a bit boring, but it's loaded to the nines with a bomb and flames from the exhausts. 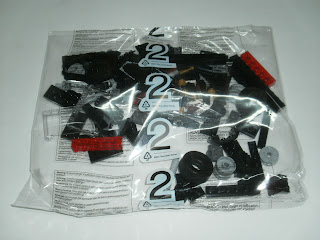 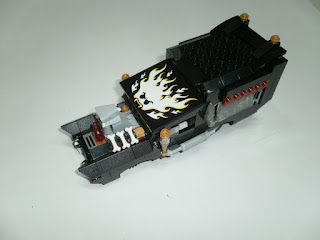 Baggie number 2 completes the hearse.  The build wasn't too difficult or tedious, but the large amount of black makes it rather difficult to make out from the instructions. 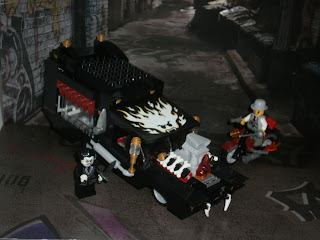 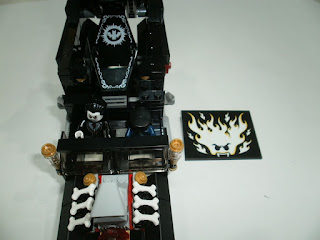 The overall vehicle is nice, with the roof opening to reveal the coffin and the passengers in the cab.  And the V6 engine with bones is just hillarious... well, at least for me. 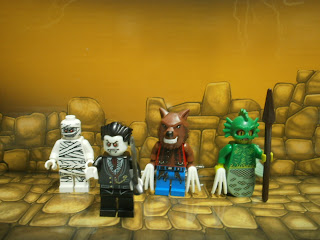 So it's Frankenstein to complete the classic trio then!
Posted by Novelty at 21:02