It's day 5 of the run up to 'ween, and today's set is apparently one of the more sought after sets for some weird reason that still have me scratching my head. 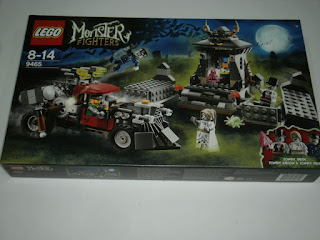 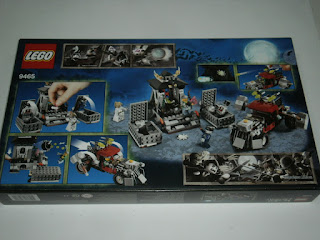 The box isn't too exciting, but it's definitely not boring either.  The set seems action packed from the pictures on the back. 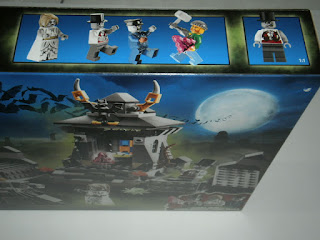 Despite the large set, there's only one teeny weeny gitd piece though.  Boo. 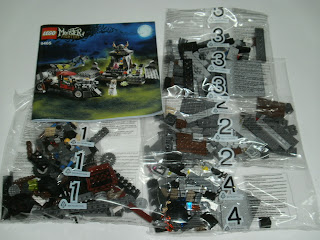 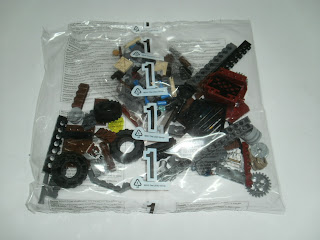 For a change there are three baggies and an instruction book in the box. 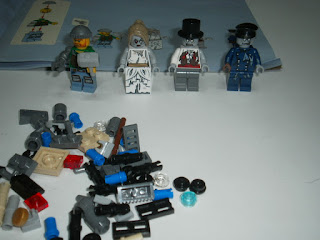 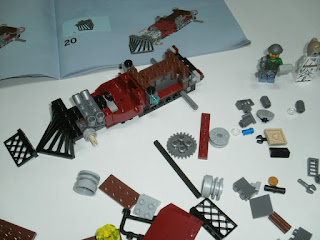 The first baggie builds the 4 figures - three of the zombies and the cyborg dude. 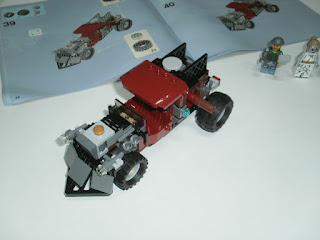 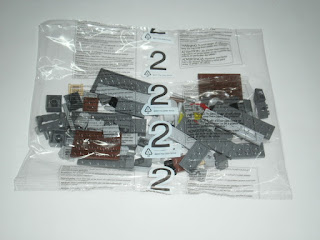 It also builds most of the truck. 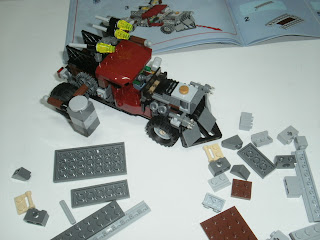 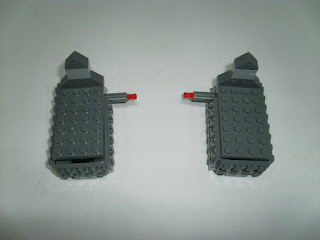 Baggie number 2 completes the crazy vehicle - it has a huge hammer attached to it for some weird reason.  It also builds the two coffins. 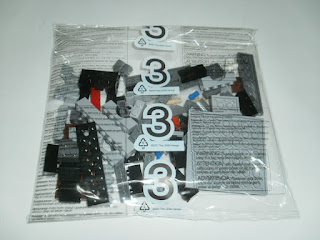 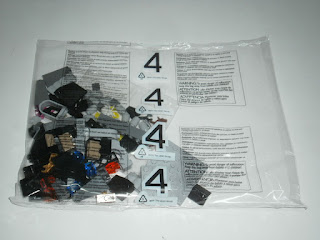 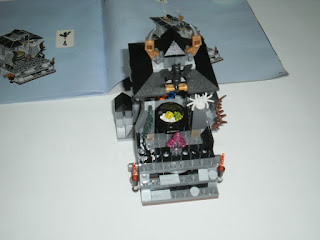 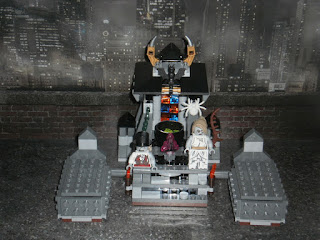 Baggie 3 and 4 builds the central shed.  It's a nice shed with a stained glass window at the back and Unicron's horns on the top.  It's also where the gitd spider attaches to.  The coffins attaches to the side of the shed. 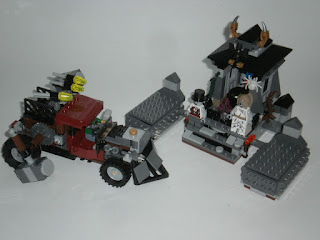 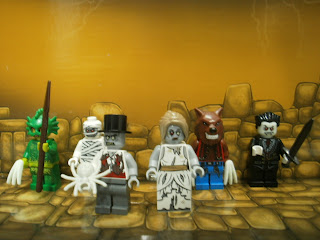 The set is okay - there are some nice touches, but it's not really my type of thing.  Still, the figures go nicely with the rest of the theme.
Posted by Novelty at 23:51