It's another day with the Monster Fighters sets during the run-up to Halloween, and here's The Werefolf.  The naming of the sets seems a bit boring, but I guess it works. 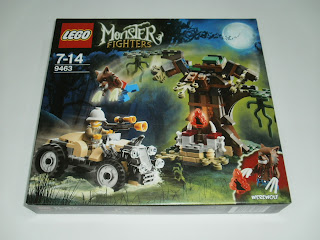 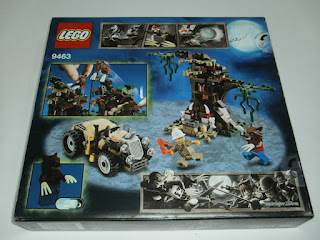 The box begins to get interesting, with an image on the front that seems all sorts of spooky.  They back looks even spookier, and the werewolf chasing the professor dude seems to make the set action packed. 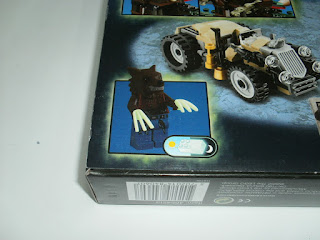 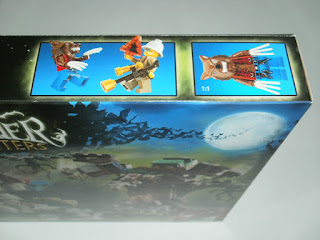 The gitd part is the Wolverine claws on the werewolf, which isn't too bad. 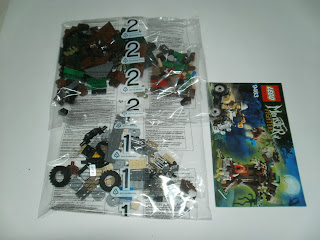 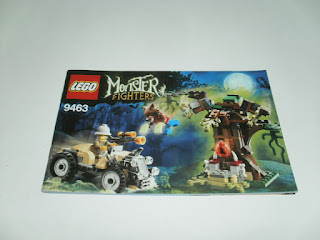 There's still two baggies inside the medium sized box, but the baggies are numbered this time.  There's also an instruction booklet. 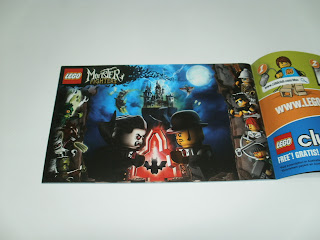 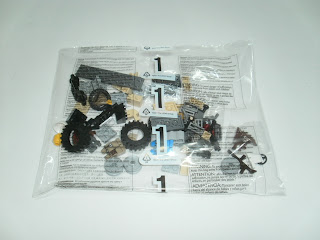 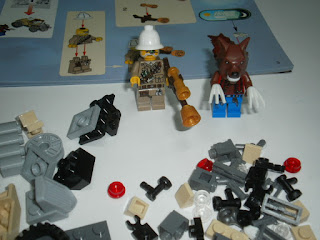 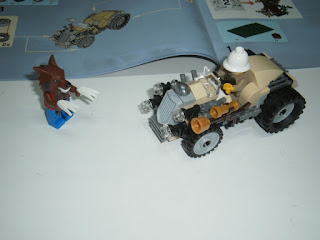 ... the two minifigures and the car.  The figs have quite a lot of print, but the professor dude seems to be a repeat going back at least 10 years.  The Werewolf have an oversized head, but it works.  The car is a compact little vehicle and the build is intersting.  I actually like it. 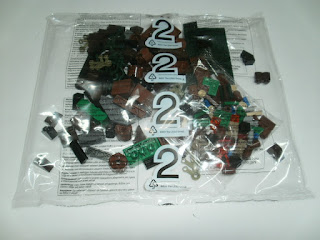 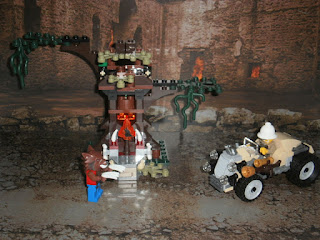 Baggie number 2 builds the tree thing.  It's creepy looking, and it has a very complicated catapult system to launch the Werewolf.  And it works rather well too.  The tree reminds me a bit of the dark forest sets from the mid 90s, but the hanging vines does give it that slightly different look. 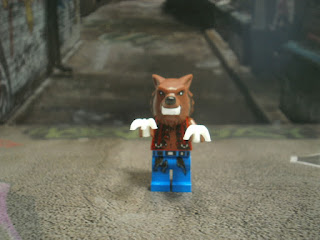 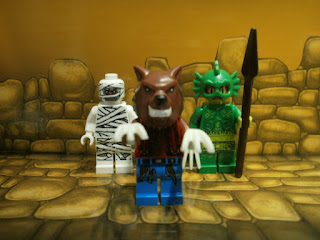