Since I started with the smallest set I might as well go in order of size.  Which in this theme corresponds nicely with set numbers.  The mummy is next. 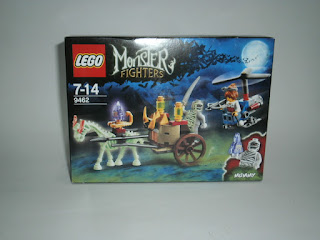 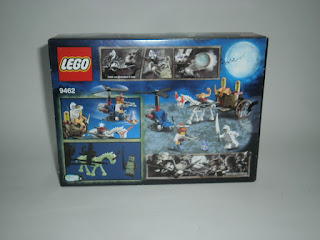 The box seems a tad more interesting, with the chopper thing chasing the chariot on the front and the gitd picture on the back.  This set might turn out good. 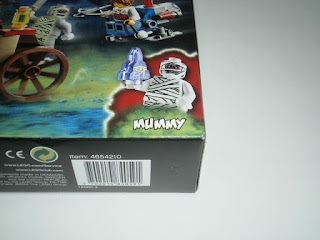 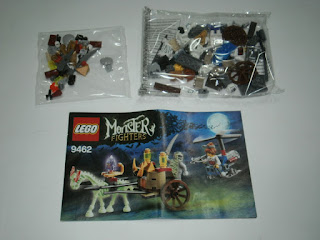 Like the Merman set, wait, the Swamp Monster set, it has two baggies and an instruction booklet despite the box being bigger.  Hmm... 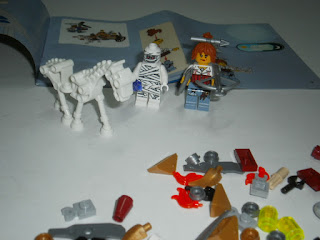 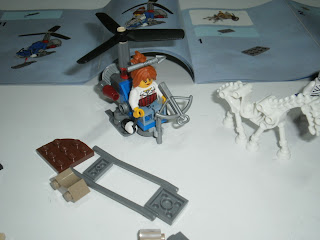 The minifigures has a lot prints and a great face sculpt, but they don't seem as great as Merman, IMO, of course.  The build for the chopper was easy peasy, but the build seems a bit too... not there; it's as if someone (aka accountants?) chopped off part of the model. 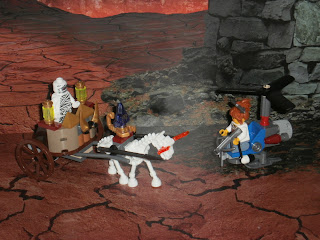 The chariot wasn't too difficult to build either, but it seems to be less a chariot than a collection of bricks.  It looks blocky and boring, despite all the flourishes that the designers tried to incorporate, with the light bulbs and the scorpion.  My favourite part of the set is the gitd skeleton horse.  Still, this set continues to build up the theme.
Posted by Novelty at 23:21