My main aim for getting the Trash Packs though, is for the gitd big trash cans that forms the heart of the 12-pack.  Each 12-pack contains a different selection of trashies, and there are two exclusive gitd trashies in the 12-pack. 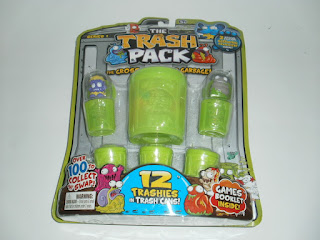 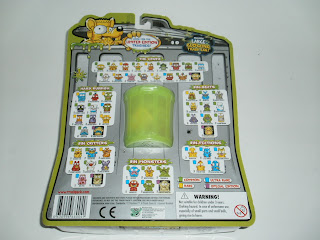 I like the colourful packout of the card, and how the main gitd trash can goes to the back of the card. 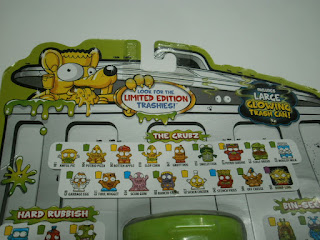 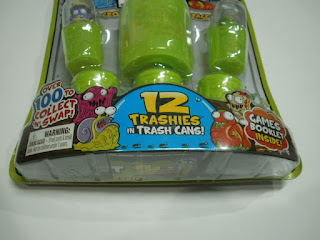 The back of the card advertises the gitd can as well as the limited edition trashies.  Yes, there are over 100 to collect and swap... in the first series.  I think they are on the the third series now... 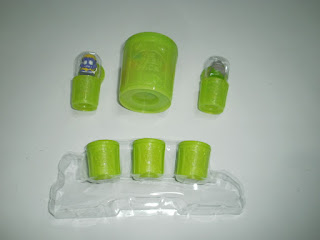 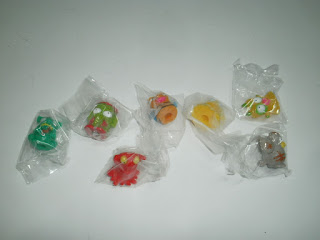 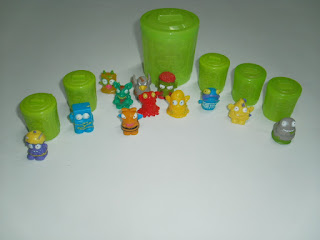 The trashies are colourful with googley eyes.  They seem cheerful somehow.  There's no way to tell which of the trashies actually gitd without first charging them all up and then turning off the lights.  And when the lights are out, the huge trash can glows well enough, but the two gitd trashies... not so much.  Oh well.
Posted by Novelty at 23:15