While I was at TRU, I came across these.  I think they are made by an Australian company under license from Lego. 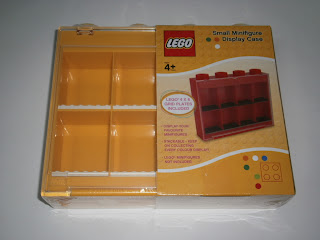 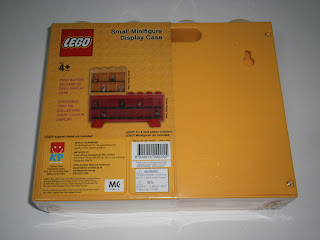 This is the small yellow display case, and there's a red one that I got as well.  There's also black and blue versions of these. 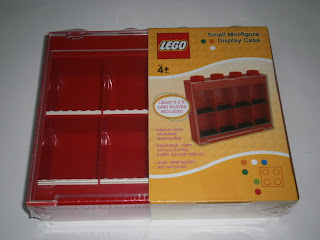 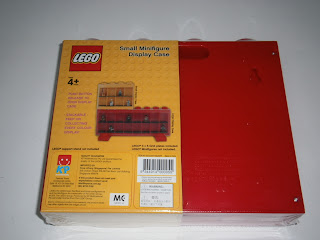 The inside features eight cells, each with a 4×6 white Lego plate which slots in rather tightly with the case.  Minifigures can be placed on these plates and thanks to it being an official Lego licensed product, it works as well as the real thing. 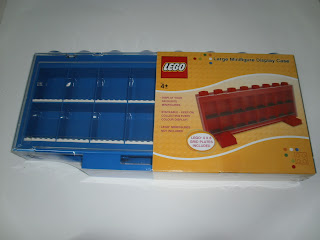 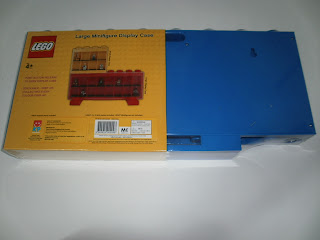 There's also versions that's double the size.  I got the blue and black versions, but yes, there are yellow and red versions as well. 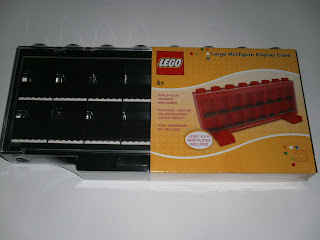 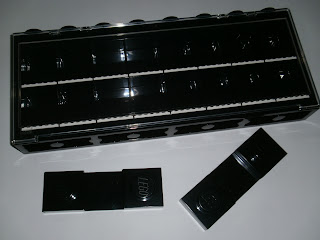 These have the white plates as well, but they also have two huge blocks that can be used as stands.  The instruction is a bit skimpy and it took me a while to figure out how to open the single clear plastic doors on these - it was as easy as just press a button.  And because of the construction and the opening mechanism, the doors don't fall apart when these are being carried. 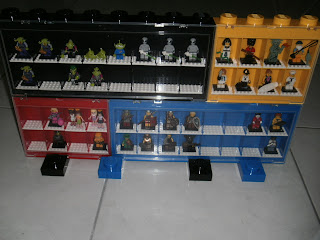 These display cases can be stacked up, but because it's not exactly Lego, the "clutch factor" isn't as tight as one would expect of Lego.  There are also holes in the back of the case to hang these display cases on the wall, but someone I don't think I'll trust myself to hang them.
Posted by Novelty at 14:41