It's the weekend, and I have the second of the "Special Edition" Lego sets today.  There are more, but I only have these two so far.  This one is a Bank, which is a rarity in City these days.  Granted, it has a police patrol car so I guess it fits into the high-crime Police City. 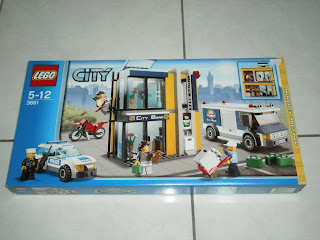 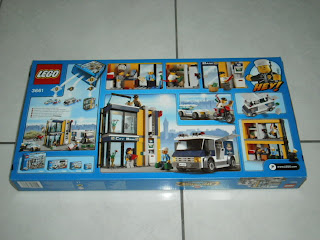 The box is long and thin, and like the Chase set from yesterday, it has the Special Edition strip on the front right of the box.  The front also pictures the content very very nicely, and due to the shape of the box, the blue strip to the bottom if the image is very much condensed to fit the back building into the picture.  The back of the box shows all the action features in the set, as well as the Police City sets that are new this year. 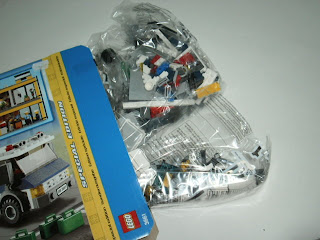 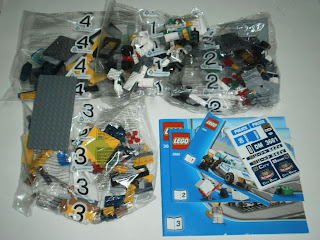 There's all sorts of goodness inside the box.  Four baggies of bricks, three instruction booklets, two turtle doves and a partridge in a pear tree... uh... wait... scratch the doves and pear tree and add in a baseplate and a decal sheet. 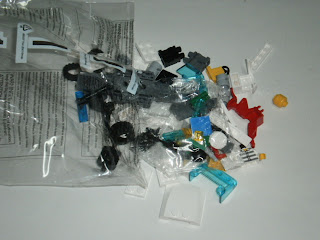 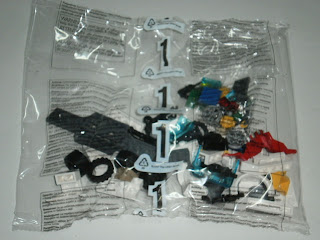 Baggie number one seems to be black and white with quite a bit of trans blue... 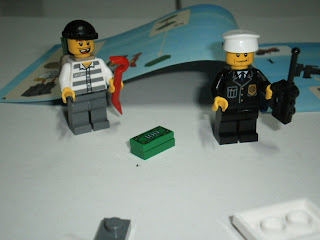 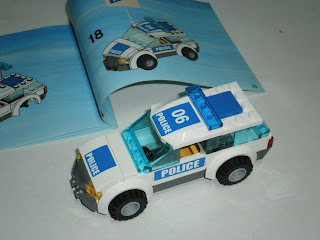 And it builds the robber, the copper and their respective vehicles, a red bike and the copper's car.  Now the car is different from the Chase car from yesterday - this one has rear windows and all that.  The decals are different too.  The one similiarity that I find unforgivable is the lack of doors that open.  I know I'm being a broken record on the doors, but they do add two points of articulation that harken back to the past and would have added somewhat to the design of the vehicle. 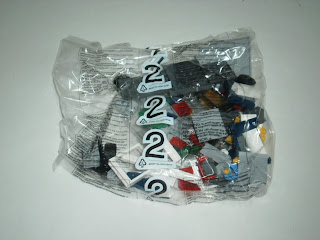 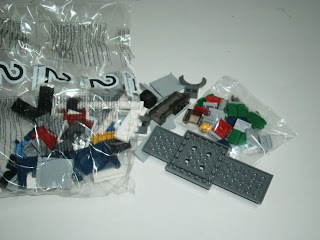 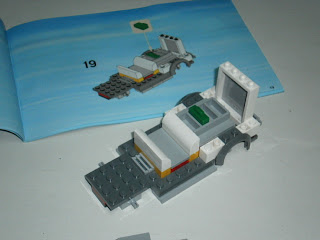 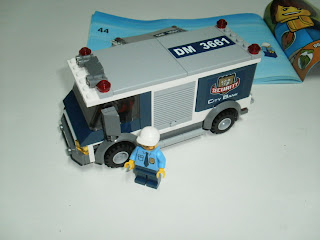 That's because it builds the high security van.  The van has rearview mirrors which earns bonus points and the "garage doors" on the sides and back do open.  The design and placement of the wheel guards means that an openable door is not possible on the vehicle, so I'll let is slide here. 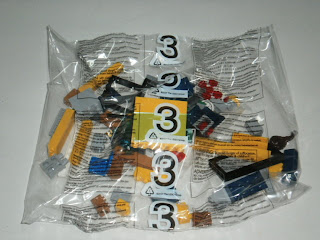 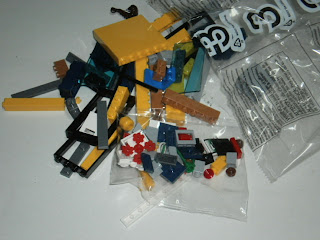 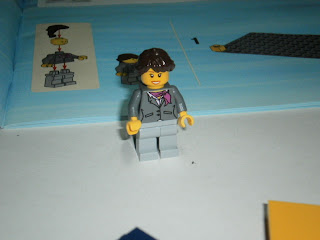 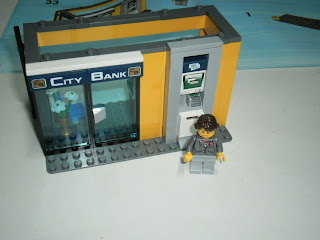 and it builds the chick and the ground floor of the bank.  The ground floor has a nice teller machine - which is removable!  Attach a chain to it (not included in the set), connect the chain to a muscle car, and roleplay away a bank robbery. 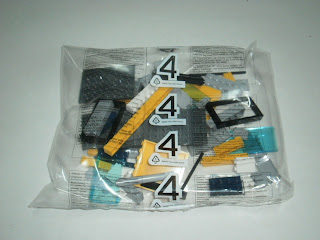 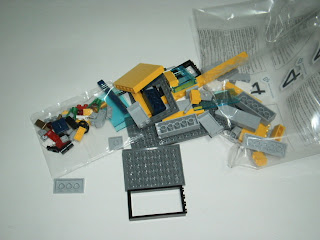 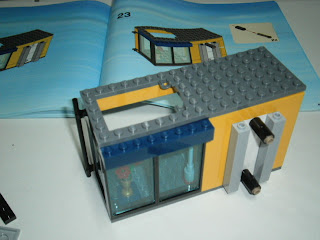 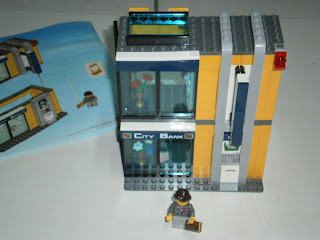 and it builds the top floor of the bank. 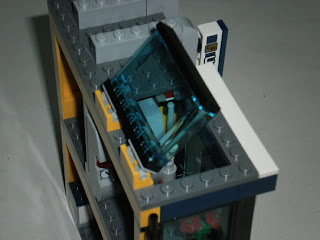 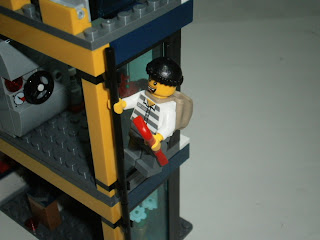 The bank is "thief friendly" with an openable roof and a climbable drainpipe. 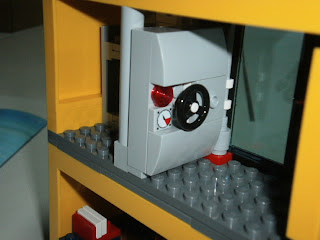 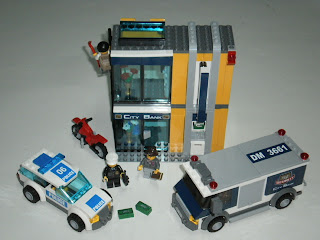 The safe does have a rather solid door though, but there's nothing to latch it in place except one's imagination.  The lack of a fourth wall is the norm for Lego sets though. 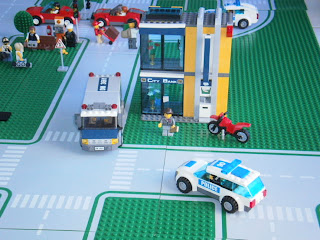 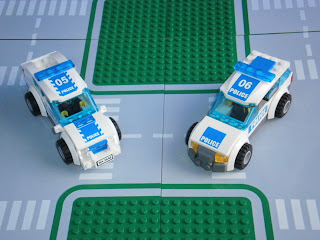 Overall, this is a nice set for a crook - cat-burglery, highway-robbery, bank heists and cash machine hijacking are all possible with this set.  I guess that's why there are so many cops in Lego City.  The buildings are just too thief-friendly!
Posted by Novelty at 00:59