Let's do 2 women in a row for Femme February. This is Charley from the Biker Mice from Mars cartoon, which as you can see has also been made into an action figure. 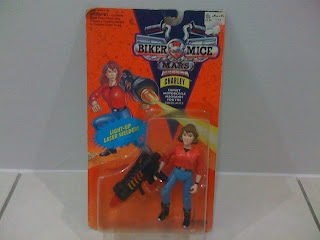 Obviously she's the April equivilent in the Biker Mice universe. This series seems like such a rip-off though - antropomorphic creatures, with a human lady friend, fighting against mutants. Hmm... well, I guess it was the thing of that decade. 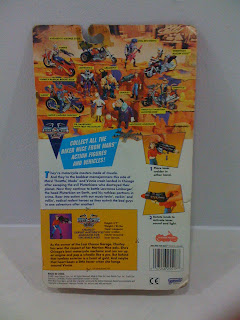 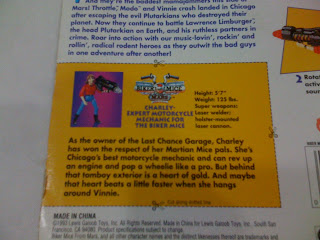 There's nothing great about the card to write about. Nice logo splashed on the top of the front with a drawing below it that's not obscured by the bubble. The back had a nice cartoon scene, pictures of the action feature and a bio. Very standard stuff, as pioneered by MotU. 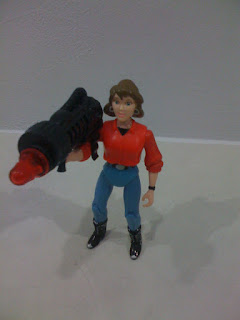 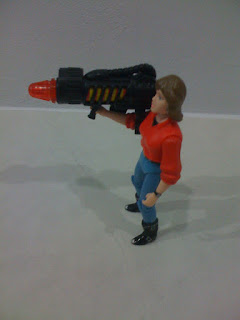 There's nothing much to write about the toy as well. 7 points of articulation, and she stands rather well on her own, but not with the gun. I'm not even going to talk about what Freud would think of the people who gave her such a big gun...
Posted by Novelty at 04:12