It's Femme February. I'm opening one toy for each day of the year (2010), and I'm slightly behind. #35 would correspond to the 4th of February, and we have this girl, or is she a woman? 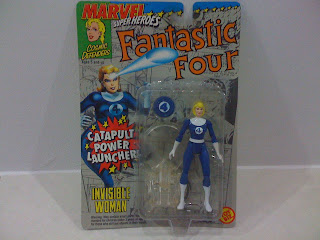 She follows her brother who was opened earlier (#15), and has the same action feature as her brother, eventhough they seem to be in different lines. It's a pity she doesn't turn invisible when heated though. 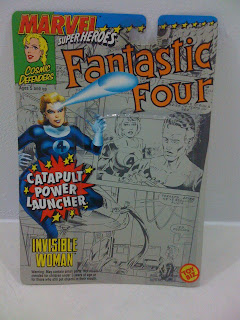 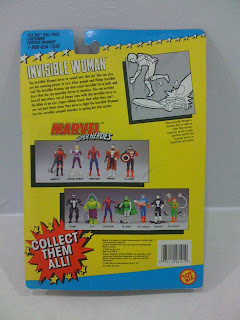 I like the packaging here. The back looks good, but it is the front of the card which shines. The comic panels as background works rather well there. 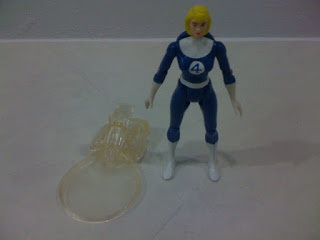 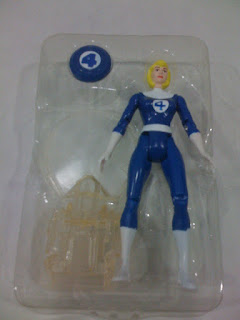 < >
The toy though, is rather bland. There's a shield which attaches to her back, and no where else. The catapult thing doesn't really work for her since she doesn't really fly. Oh well. 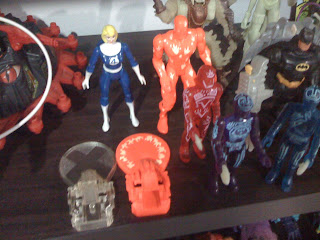 There she is with her brother. I doubt she'll stay there long.
Posted by Novelty at 04:01