I'm still a little bit upset that there's not that much Lego yet, so this is my attempt to add more before the end of February. Otherwise, I might have to dedicate an entire month to Lego which will probably turn some of my fans (aka Nick) off reading these. I also want to give a shout out to Logan who said Hi to me today - I'm dedicating this set to you since you'll probably understand the irony of me doing it today. 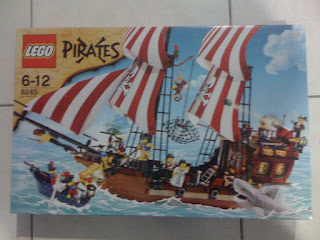 I hunted high and low to find something to fit into the Femme February theme, and I didn't want another City set because, well, I did that a few days ago. Well, I found 3 more so... this is the first one, as I have previously done a Pirate ship as part of gitd January. 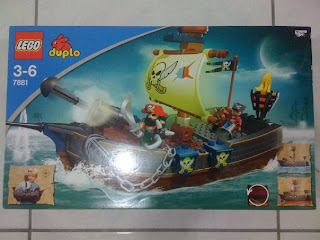 That was a simple Duplo pirate boat. This time around, it's a proper Lego pirate ship from last year's Pirates revival. It's a pity that Pirates did not do well because the theme has been cancelled again. Bummer. 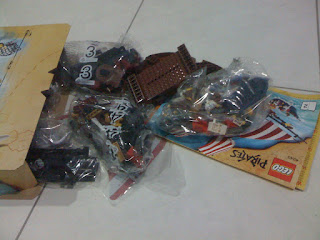 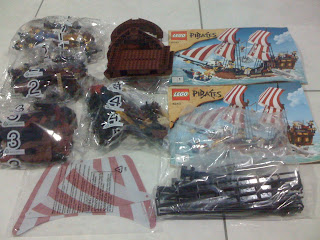 The set has 2 instruction books, 4 numbered bags and 2 additional bags, one with just the sails, the other with the oversize parts. The boat pieces were not in any baggies. 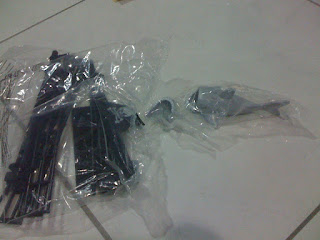 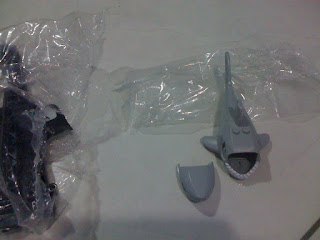 I like the 2 piece shark. Finally we have a proper sized shark that could swallow an entire minifig. 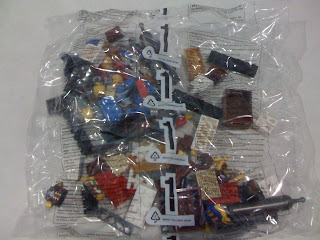 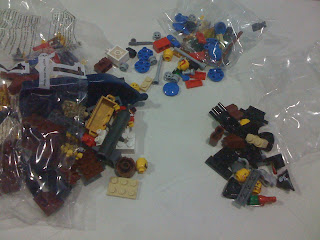 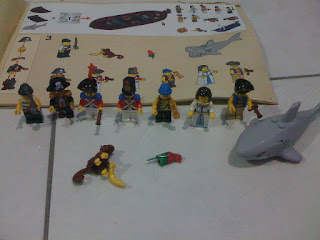 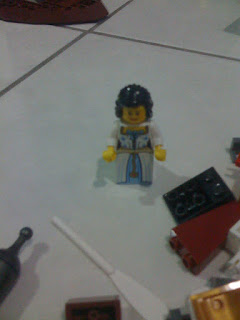 The first bag had all the minifigs bar one and the bits for the deck of the ship. Among the figures is the first Femme Fatale in set, a nice maiden dress in white. 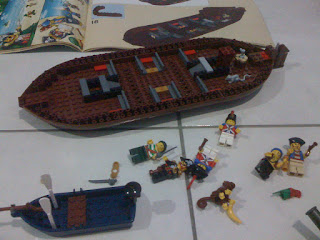 Surprisingly it was rather easy to put together the contents of this huge bag. 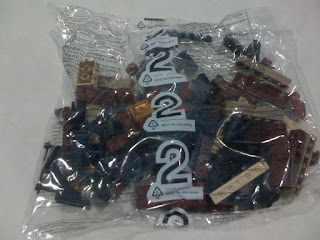 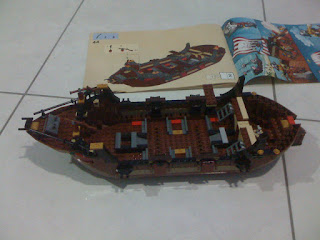 Bag #2 added to the ship, and it was a lot more tedious building this bag. It is interesting though to see the various shades of brown and maroon being used together with the golds and the beiges to form the design of the ship. 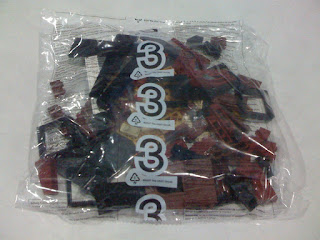 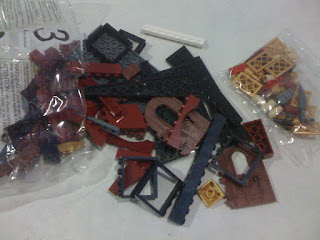 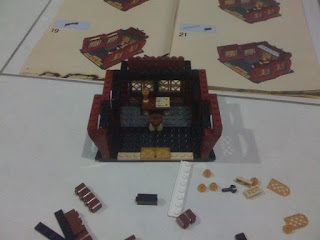 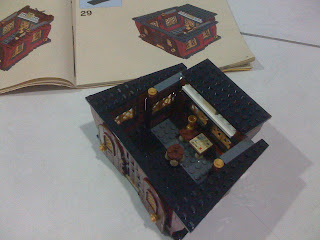 The third bag was for the lower half of the aft deck (is that known as the poop deck?) There's details galore arising out from this bag and although the construction methods are brand new, the design harkens back to the pirate sets of yore. 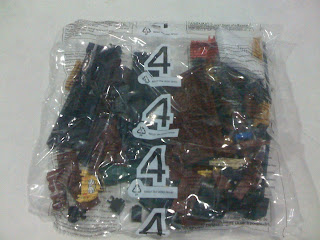 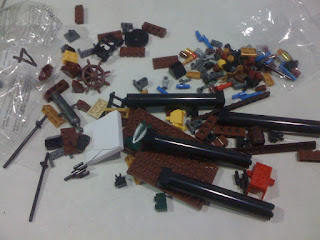 The fourth deck mainly consists of the bridge and the sails, but it did contain this second Femme Fatale: 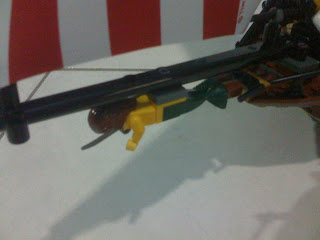 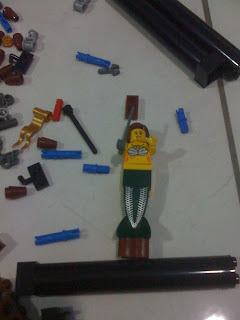 Yes, that's the figurehead (or is it known as the masthead?) and it's a female mermaid. Yippee. 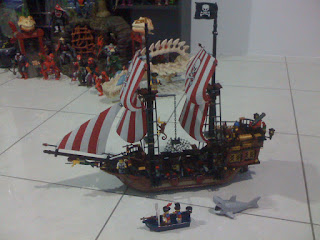 The completed ship is huge as can be seen in the photo. It's longer than 200x Battle Bones and is about the same height as vintage Fright Zone (both of which can be seen in the picture as well). I'm gonna have trouble finding the space to display this!
Posted by Novelty at 21:55