I just realised that I haven't opened a Lego set for weeks now. I guess I have to rectify it, so here's one for Femme February! You'd have thought it'd be easy to pick a Lego set for Femme February, but nooooo... somehow, it's a male dominated minifig world out there. However, there's also sets like this one which I'm opening which includes a lady minifig, so yay! 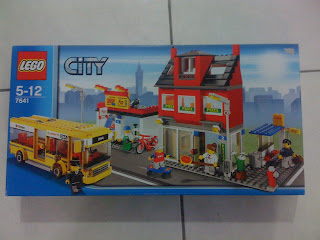 City corner consists of a bus stop, a pizza shop and a urm... skateboard shop, I think, and a big bus. It's actually 4 minimodels in one big box. It'd've been better if they sold the bits separately, but instead they packed everything into one big box and put it out of the price range of some of the more budget concious. Oh well, it's Lego. 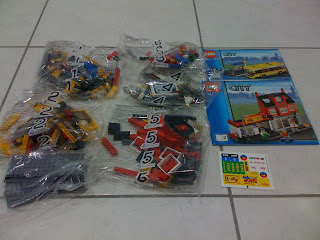 The set consists of 5 main polybags and a sixth with the plates, two instruction books and a sticker/decal sheet. It's interesting that the bus/bus stop and the shops have separate instruction books, it's almost as if they were slated for two separate sets! 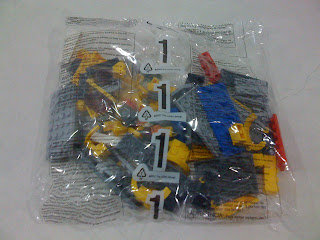 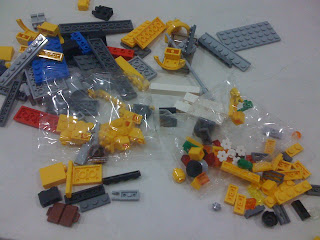 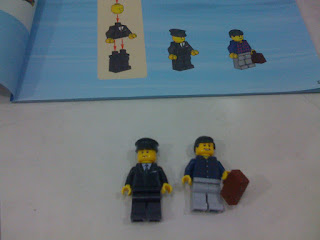 The first bag had parts for the bus stop and the lower half of the bus. Nothing special to write about there. There are also two minifigs in the set. 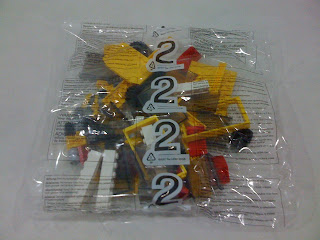 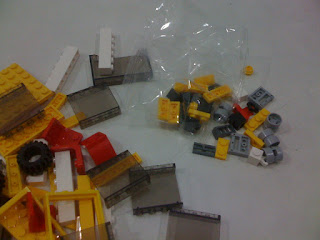 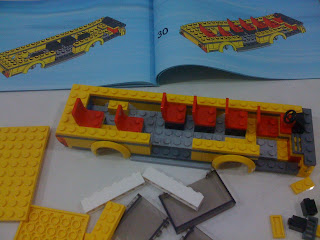 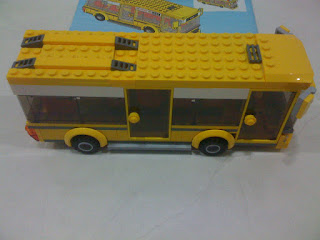 The second bag has the remainder of the bus. I wasn't wowed by the bus' design - it could have been so much better. However, the bus does have interesting doors. 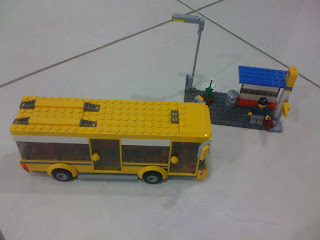 Nothing exceptional there. Perhaps that's why they didn't make this a separate set. It should have been. There was a comment that the bus was 2 studs too wide. Well, since the advent of the City theme (as opposed to the old Town theme), vehicles have progressively gotten bigger and the 6-stud width has been the standard for a while now. 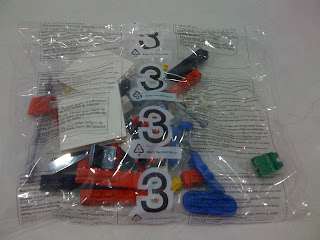 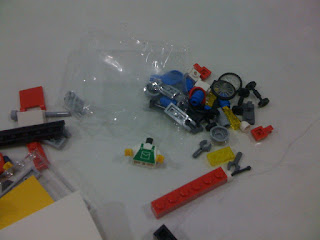 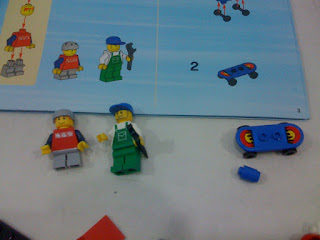 Bag number 3 had the parts for the skateboard shop and the 2 minifigs associated with it. This was the first time I've seen the legs for a "kid" minifig in person. Can't say I'm too excited about it. The shop is rather blah as well. This is a building that definately will not survive as a set on its own. 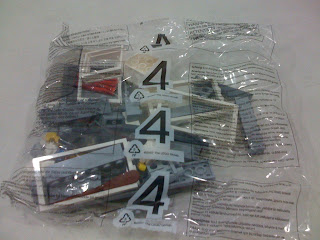 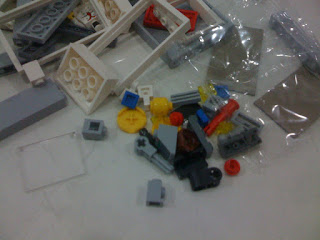 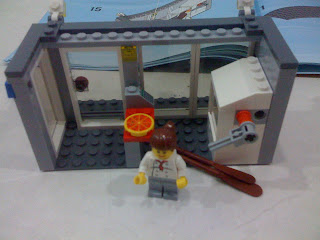 The female minifig is in bag number 4. She's the chef in the pizzeria. The bag also has enough parts for the ground/first floor of the pizzaria. There's an interesting thingamagig on the oven which opens the oven when the handle is depressed, but it doesn't work too well for me as it is not fixed too well. I blame it on poor design. 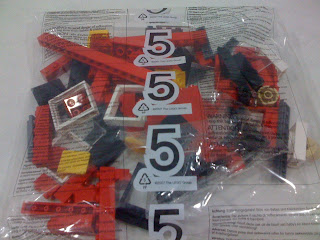 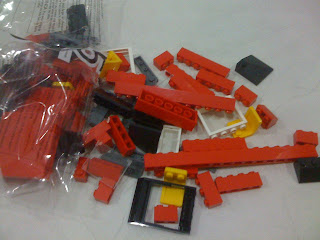 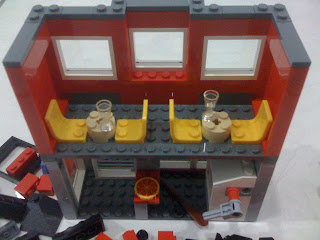 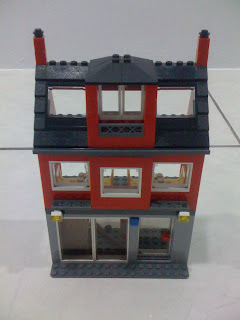 Bag number 5 has the top two floors of the pizzeria, and these have a nice, yet simple architectural design to them. Some of the elements in the design of the building goes back to the early 80s. It's good to see those elements being incorporated into a new set. 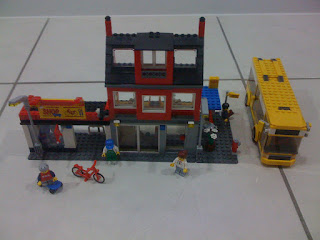 And that's the full set built. Overall, I must say I'm a little disappointed with the set. What appears to be two separate sets and a bit was thrown into one huge box and it shows here. They've tried to tie it together with the matching lamp posts, but that's not really consistant all over the set. It's a pity though that this set did not live up to my expectations of it.
Posted by Novelty at 14:18