The first variant in the MotUC line is here, and I have finally opened him... as part of Femme February??? Well, I'm not going to wait until April, am I? Besides, Kev and Marvelous1 has already liked my Facebook status stating that I'd be opening him and Beastie this weekend, so I better not disappoint. 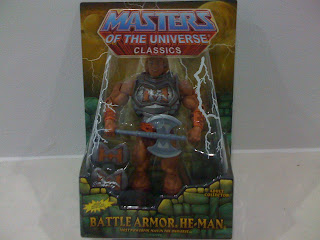 I'm not sure I agree with Mattel that his chest plates count as accessories. I mean, could it cost any more to include He-man's sword, which already has a mould, and has been included not just with He-man, but also Skeletor and Faker and King Grayskull. I mean come'on! 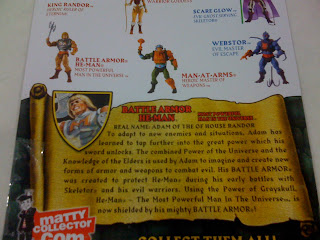 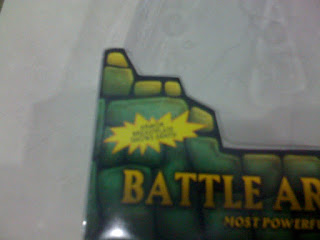 It's no secret that I like the mailer boxes, and the fact that they fit Battle Armor He-Man's name on the box in one line is interesting. I still can't get over the fact that I've got to type Armor every time I type his name though. Urgh, why can't they spell it Armour instead ;) I think I'll just use BA for the rest of this review. 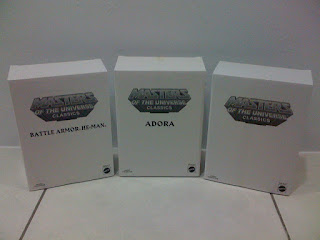 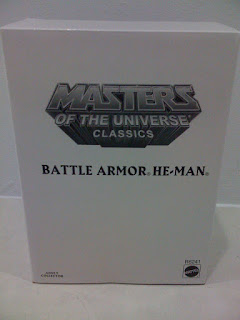 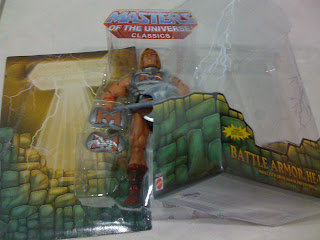 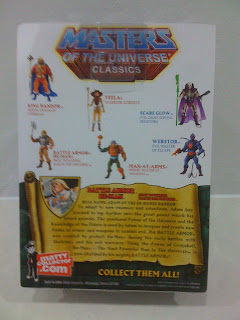 Otherwise, it's the usual cardback and bubble. Nothing new there. 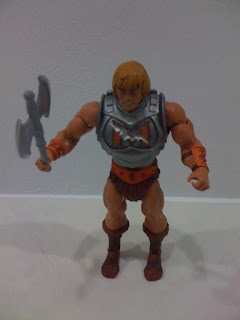 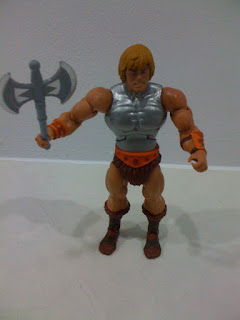 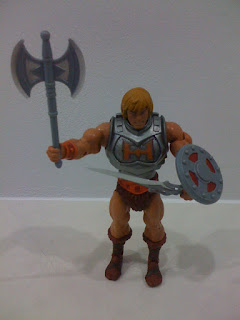 I'm not sure I like the swappable plates, or the fact that I have to snap open the armour each time I want to change it. I think I'll just display him undamaged. And thanks to the Goddess, I do have a spare shield he could use... and that half sword from He-man could also go in his hand... 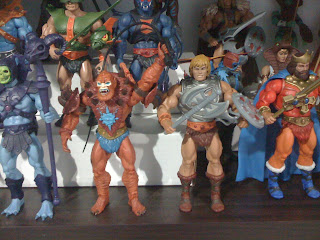 Here he is next to Randor and Beastman. My MotUC shelf is getting full!
Posted by Novelty at 04:42