I guess this will probably disappoint Havoc - he was expecting a Leia today, although, perhaps not this Leia. Femme Fatale February was named for Kevenn's Femme Fatale, where he drew a Leia, so I thought it'd be remiss if I did not include a Leia in this month's line-up, particularly when I do have an unopened version of her... just not an action figure of her. 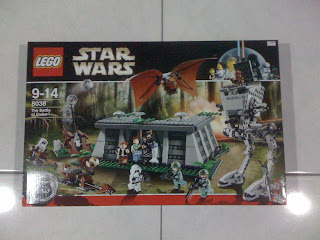 The box is of the old design that harkens back to Ep 3 or there-abouts. New Star Wars boxes from last year are white with blue highlights. 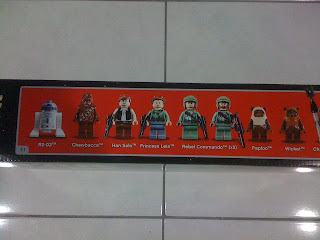 What I do like about Star War Lego boxes is that recently they've started displaying all the minifigs on the box. And this set includes the Femme Fatale Leia, in minifig form of course. 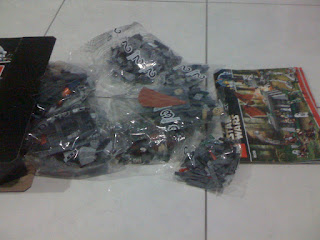 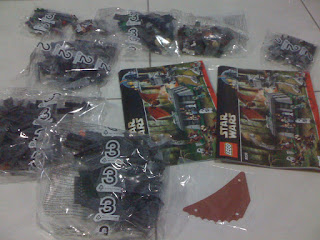 After yesterday's 5-hour build, I was a bit leary of opening this set, but when I saw the numbered baggies, I knew it wasn't going to be a 5-hour build. Still, it did take me 3 hours to build all the various bits and bobs in this set. 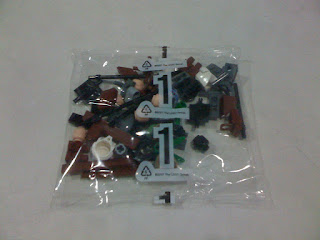 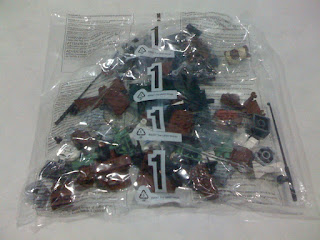 There are two baggies labelled 1, and there are a number of baggies inside those as well. These bags has the parts for the minifigs, the speeders and the Ewok catapult. 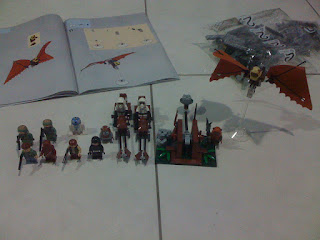 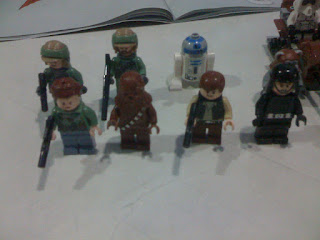 The minifig line-up of the set, including the Leia. I like the new Stormtrooper design, and it's nice to see the short legs of the "children" be used for the Ewoks. What turned me off though, was R2's silver dome - he was so much elegant with white. Chewie also seems a bit lackluster, but there's not much one can do with him anyways. 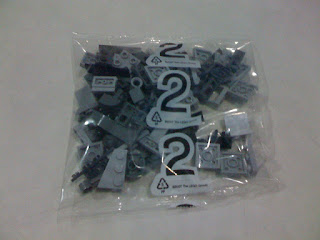 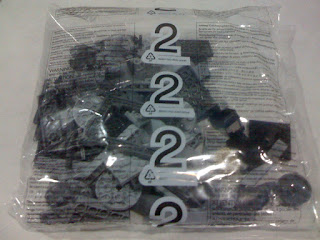 There are also 2 baggies labelled 2, and both baggies when combined builds the AT-ST (or AT something anyways, I'm not a large SW freak). 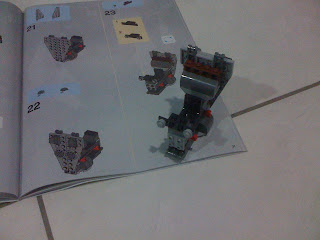 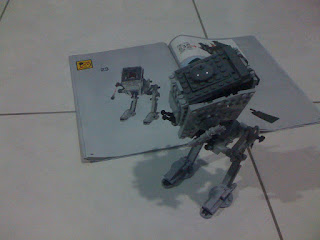 The interior design includes a nice cockpit, and the overall design is interesting - it's less blocky than the first one of its type, but still retains its looks. This one has an "action feature" - by twisting the knob on the back of the vehicle, the legs move, but this doesn't work too well on the model as the legs can barely move when it's standing on solid ground. 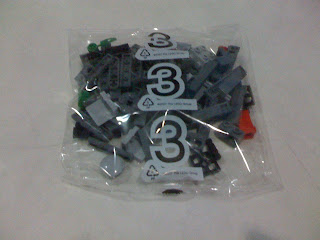 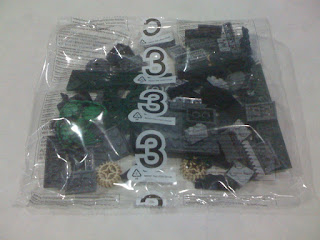 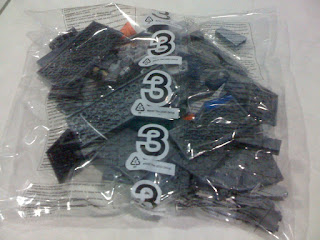 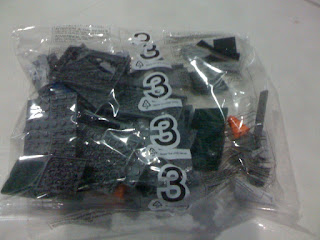 There are four baggies labelled 3, with two of those containing equal parts. This was going to be the huge build as the model is for the rebel base. 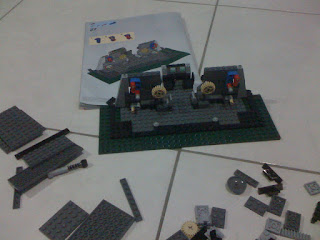 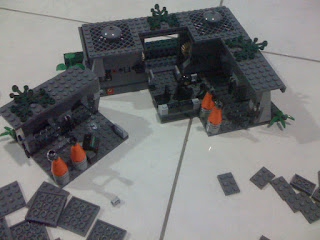 The base took ages to build and although it's design seems interesting, it's actually rather featureless. There's an action feature built into the model in that when the dishes on the top of the roof are pressed, the walls fly off the base. Hmm... it's actually interesting the first time it's done, and thanks to the springs, the walls do fly quite a distance. However, to build in that feature, they had to add blue and red and yellow bricks to a mostly grey model, thus destroying the interior colours. Not cool there. Also the doors can be opened by turning two knobs. Okay... 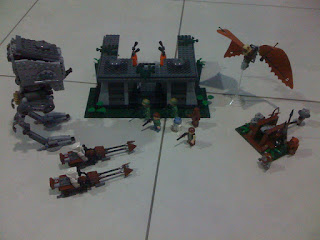 I have to say I liked the little models a lot better than the base. Altogether, the set incorporates nice elements and action features that allows fans to recreate the Battle of Endor, if they wish. Since I'm not a huge Star Wars fan, this is going back into the box! As usual, more pictures of the build are in my Facebook album.
Posted by Novelty at 23:45