Vykron is the SDCC MotUC exclusive for this year.  He comes in three different packaging.  I only got two of him though - one to display, another to keep in the box. 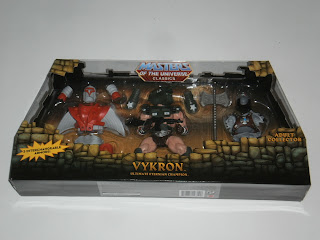 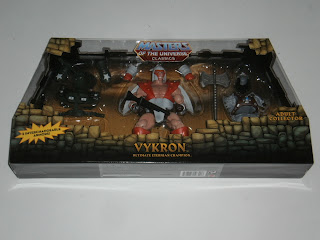 There's a third pack-out, with Vykron packed as the barbarian, but that's only sold at SDCC, so I didn't get that.  He's expensive and comes in a larger box that still looks somewhat like the card of a regular figure, what with the green bricks and the starburst. 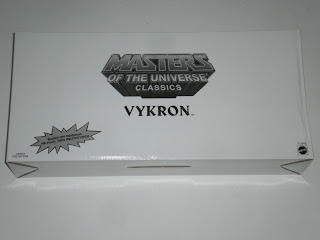 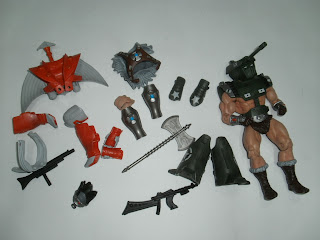 And there's quite a lot of pieces inside - so that he could be dressed up in his three different forms, of course.  Now, he's based of three different concept sketches way back from 30 years ago, and a lot has changed since then. 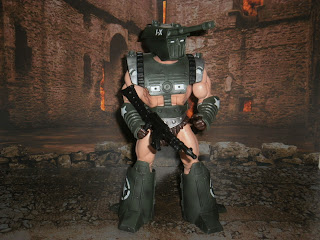 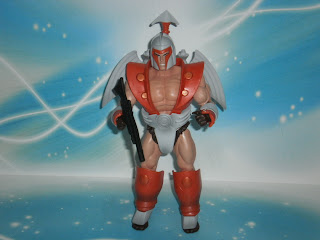 I think I like the tank mode best - he looks so military there and is such a nice fusion of machine and man.  It's also cool that he has eyes painted on where his nipples should be.  Then there is that weird Stratos-looking armour.  When I saw this I immediately thought of Stratos for some reason.  Sure, it's He-Man with chicken wings (or a Silverhawk?), but the wide 60s collar and the bare chest just makes him so much more zany. 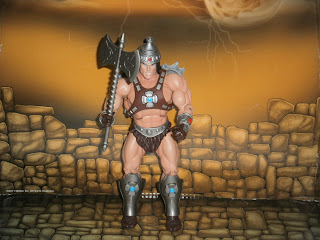 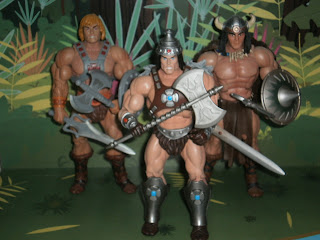 And then there's Barbarian Vykron, who evolved to become Vikor and then to He-Man.  Of course, they didn't have those names back then.  He's my least favourite of the 3 despite him being more He-Man-esque than the other two.  Still he's nice, with a goblet for a hat.

Overall, I must say I like what we got for Vykron.  Sure, it's expensive, but it's also a nice 30th anniversary celebration of the sketches that started the whole craze that is the Masters of the Universe.
Posted by Novelty at 21:21