With the Dino theme, the dinosaurs was the main draw for me.  The friends theme though gives me lots of cool furnishing and accessories.  I have no use for the girly minifigures with boobs... since they seem so out of scale with the rest of the minifigs. 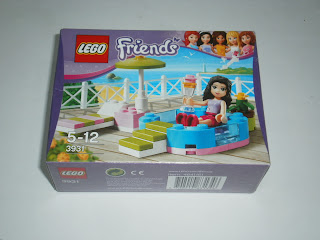 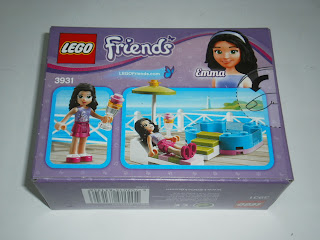 This is one of the smaller boxed sets and it's Emma with a pool.  It's weird to see a fully dressed figure in a pool though... hmm... 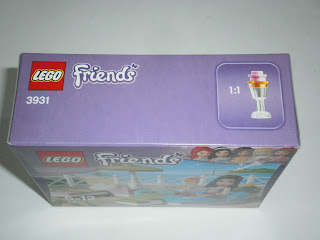 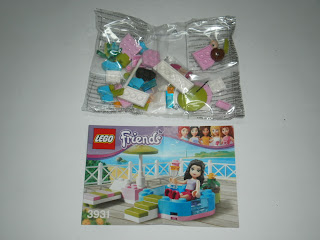 The top of the box shows the sundae to scale.  I don't think they would be able to fit a Friends minifigure to scale there.  The box contains the instruction book and one unnumbered baggie. 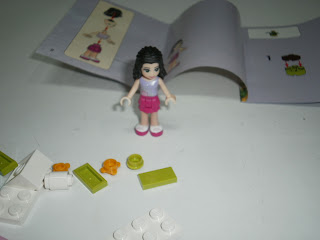 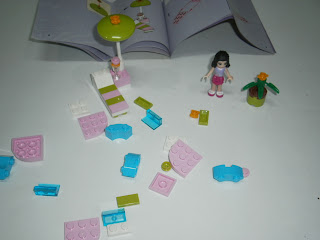 The minifigure looks crisp and nice and is decked out in purple and dark pink.  The build for the potted plant, the lounge chair with umbrella and the pool isn't too difficult. 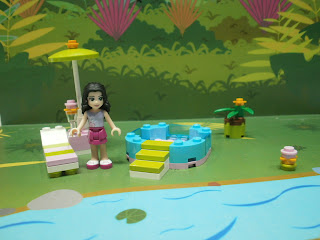 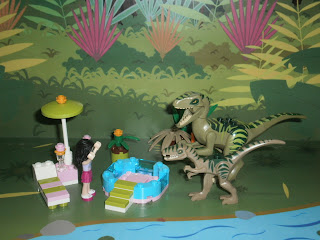 The final build is simple but it's nice... until the dinosaurs attack that is!
Posted by Novelty at 23:37