Ice Age was maybe the third or fourth wave of the Dino-Riders.  Don't ask me how they went from Dinosaurs to Mammals - I have absolutely no idea.  But it's still Dino-Riders week here on Toy a Day! 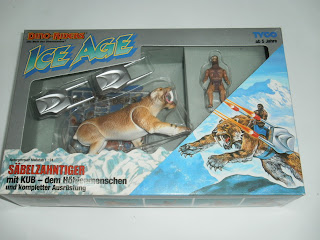 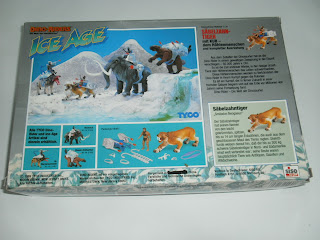 The box is all blue and silver and white, and seems to fit the Ice Age theme rather well.  There's a huge window out front which shows the contents.  The back of the box has a more traditional layout, with pictures of the other toys in the wave, bios and action features. 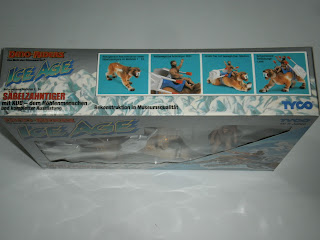 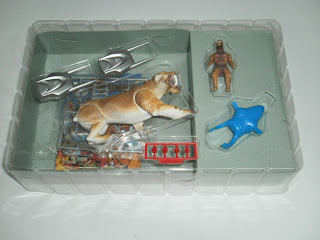 This is the German box though, so I don't really understand anything. 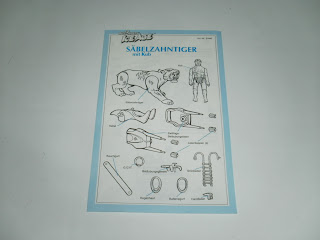 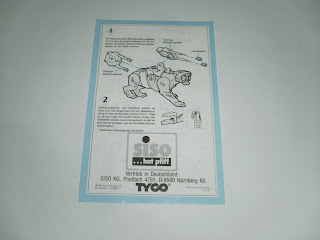 There's the instruction sheet inside. 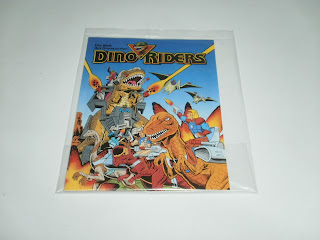 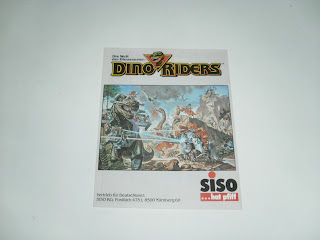 And despite this being Ice Age, they have still included the minicomic with the Dinosaurs.  Hmm... 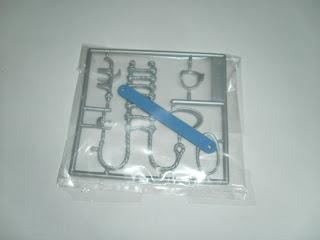 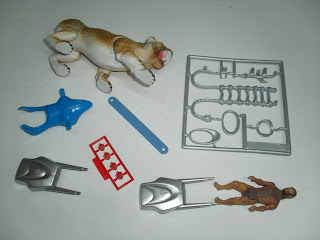 There's quite a lot of pieces inside the box.  Besides the figure and the cat, there's the saddle and its strap, two laser cannons and four caps for those cannons.  Then there's the piece of accessories - moulded in silver this time - that was also found in Ankylosaurus. 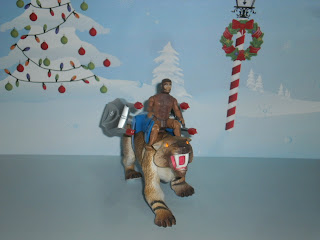 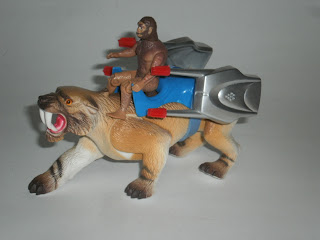 Assembly was easy.  The figure is ugly, but it has the usual 7 points of articulation.  The way his hip and butt are sculpted though, his legs can not be positioned straight down, so he's always at a crouch.  There's quite a lot of detail on his body, but the paint wash doesn't bring it out.  The cat is also nicely sculpted and painted and has 4 points of articulation, which is a bit useless as it can only be posed in one stance.  The cat does look fierce.  The whimsy blue saddle and laser guns seems very out of place, but then again, this is a fantasy toy series. 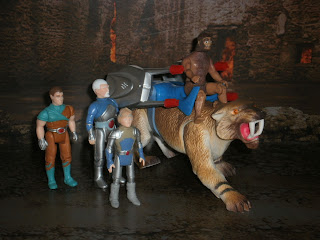 Surprisingly, this still fits in with the good guys... hmm... I guess from what I have, it's dinosaurs vs mammals.
Posted by Novelty at 21:41