I have been keeping an eye out on these because they seem so interesting, but haven't had the heart to buy any... until it went on sale. 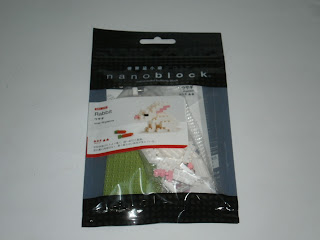 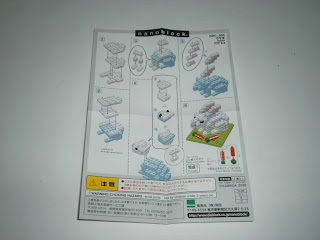 It's from a Japanese company and it's called Nanoblock.  The packaging is more or less the same for the smaller sets, with just a sticker out on the front to differientiate everything else.  The instructions might seem simple on first glance, but there are multiple steps shown in a "step". 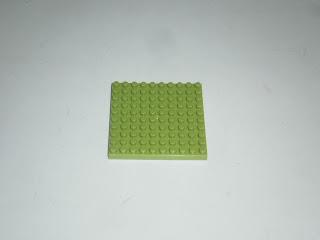 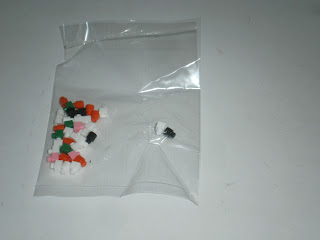 Inside the bag there's a base plate and two bags of bricks.  If bricks could be used as the word... 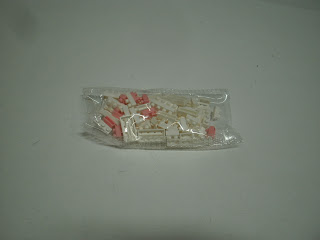 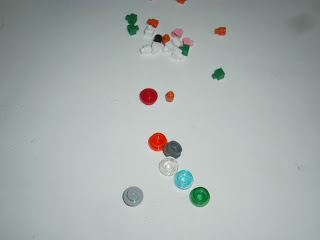 The smallest bricks are no bigger than large grains of salt.  The picture above right compares these small bricks with the smallest Lego round bricks.  The Lego bricks are at least 9 times bigger! 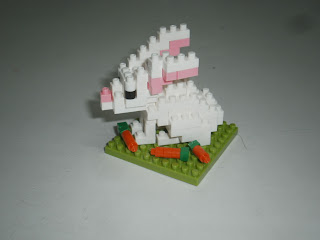 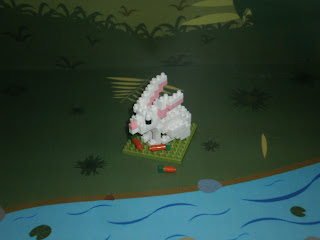 The model was a pain to build as the bricks didn't hold together very well and the colours on the instructions doesn't match the actual colours of the model.  The overall model looks nice, and there was a lot of leftover bricks, so I used some of those to customise the ears of the rabbit. 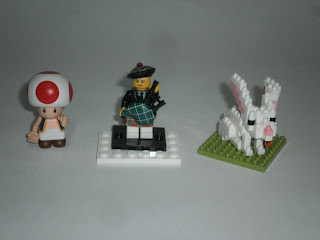 Here's a comparison picture between the smallest K'nex Mario Kart figure (Toad), some random Lego minifigure and the entire Nanoblock model.  Note that it is even shorter than Toad (and the Lego minifigure).  Wow.
Posted by Novelty at 22:02

Email ThisBlogThis!Share to TwitterShare to FacebookShare to Pinterest
Labels: Nanoblock