It's a new month!  And that means there's a new theme month.  Mecha March!  This year I'm not going the easy way out by calling it Mecha.nic.al March like I did last year and interspersed the Mechas with Mechanical items.  It's Mecha all the way this year!  We kick off with Tomy's Zoids, or Neo Blox Zoids to be exact.  Yes, I know by the time these came out Tomy had merged with Takara, but the Zoids line will always be a Tomy line to me. 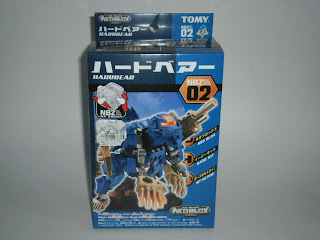 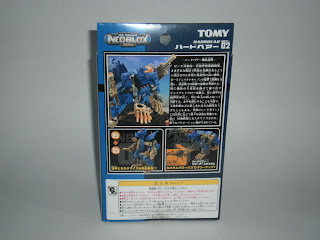 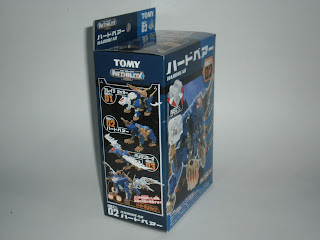 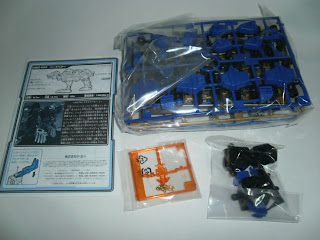 The back and the sides of the box shows off the other models in the series and how Hardbear can...erm... mate with the rest of them.  Yes, the Blox series is Tomy's attempt to add play value by promoting plug and play.  I like the system generally.  Just not so much the models (and the names). 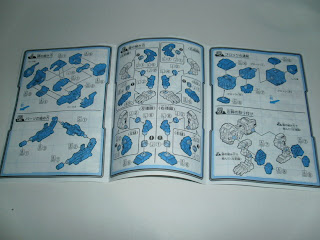 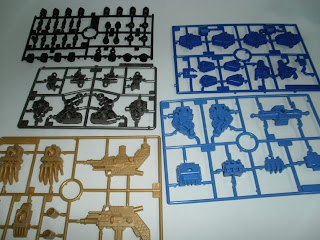 Zoids always straddle the line between a construction toy, a model kit and an action figure.  Assembly is definitely required, and it's a breeze to do so, despite the instructions being in Japanese and the fact that I don't read Japanese. 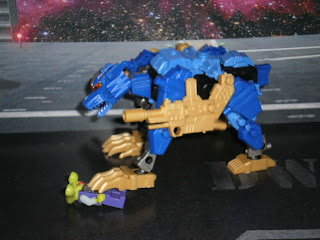 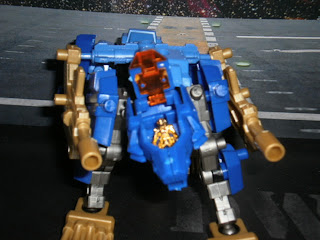 The toy itself looks less like a bear and more like an overgrown mongrel.  There is some sculpting but no paint or even a decal sheet to decorate the creature.  The Blox system means that the whole thing is very posable, thanks to the ball sockets used by the system.  Overall, this is a good addition to the Zoids universe, but there's noting special about it.
Posted by Novelty at 00:31