This should be the last of Femme February, as well as the first of Mecha.nic.al March. Surprisingly, this also close out Playmates month (in which we had WildCATs and Star Trek Voyager.
Wiley told me he was baffled by the amount of toys I have. Well, let's just say that I went crazy when I was building up dukenostalgia.com and got a whole bunch of stuff from around that time, which I've been meaning to open, but have never found the time... until now. I'm by no means a MOC collector, so yes, all those toys that I have unopened will eventually get opened!
And on to today's show... 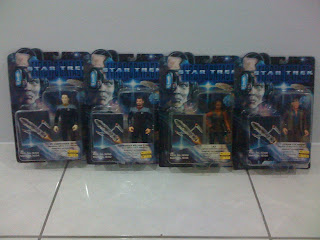 It's a quartet to close off Femme Fatale February, as well as to kick off Mecha.nic.al March. We have Lily, assistant to Zefram Cochrane as the Femme Fatale, and of course Zefram himself as well as one of his other assistant, Riker. Together with Riker is everyone's favourite android from TNG, Data (who's obviously mechanical!) 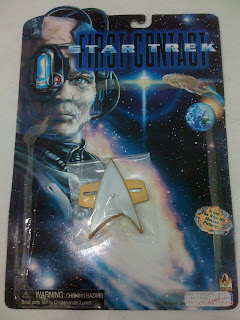 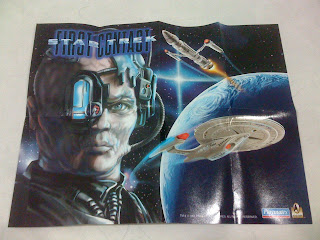 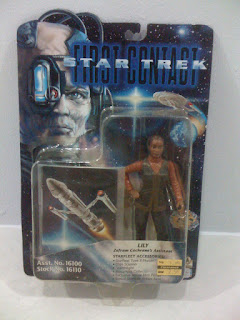 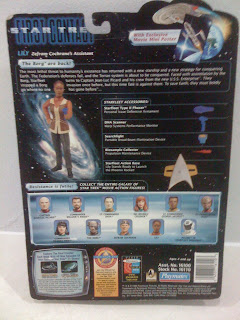 I barely remember Lily from the movie, but I guess she must be someone with sass. All I remember is that she didn't make it onto the ship which went warp. 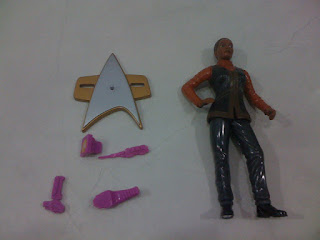 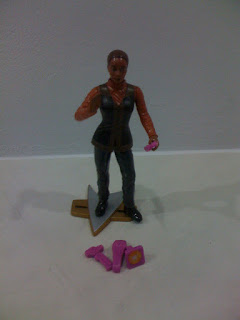 I think the figure makes a rather good resemblance to the character, but I'm not sure. The paint job is a bit shoddy, but that's normal for toys from this era. Her poses are fixed, and the basic amount of articulation means that she's stuck in certain poses. And she comes with 4 accessories, two of which she can't hold. Hmm... also the pink colour is a real turn-off. What was Playmates thinking, using that pink? 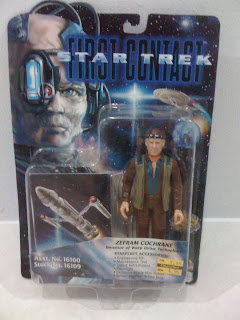 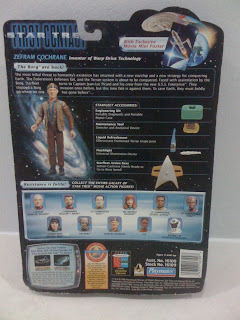 Zefram is the hero in the movie, the first person who discovered the science that allowed warp drive, but he wasn't such a nice person to be around. Geniuses tend to be like that, and that cliche is overused. 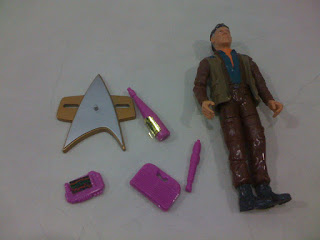 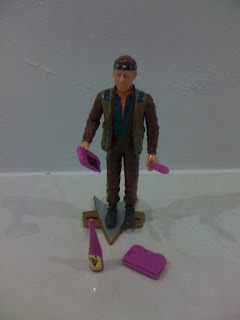 Zefram looks less like the movie character in the toy. His paint job is sloppy. However, since he's male, he comes with a number of extra articulation including on on each thigh. This makes him more posable, but he's still stuck with fixed hand poses. He also comes with pink accessories - look at them, pink! I think Playmates either has a lot of pink plastic during that time, or was subconciously trying to make him gay or something. Sheesh, why couldn't they find grey plastic? Of course, since he has 2 hands, he can only hold 2 out of the 4 accessories at any one time. But at least he can hold all his accessories! 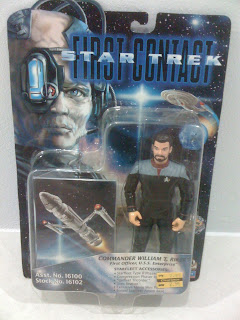 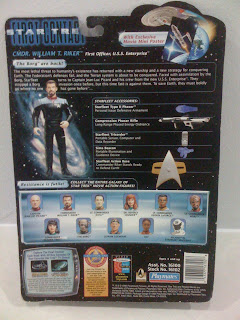 Riker needs no introduction. First Officer on the TNG Enterprise, he was the roguish hero with the beard. In the movie he travelled back in time to help Zefram test the first ship with a warp drive. 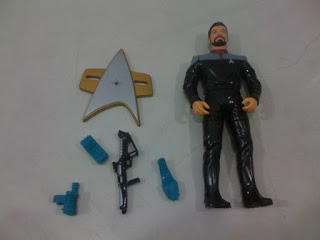 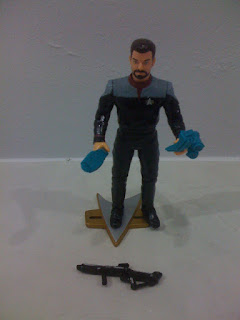 I actually like this figure, he does look rather like Jonathan Frakes. The paintjob seems better done on this figure, and the communicator is sculpted instead of painted on. The uniform is also sculpted, which despite a mostly all black appearance, does seem to have some sort of texture. He also comes with four accessories. Thankfully, these aren't pink, but three of them are a weird shade of green. The fourth, a rifle is moulded in black with painted parts. Really, where's the grey plastic? I wouldn't have mind if everything was moulded from the black plastic either. Riker does fare better than Zefram and Lily though, three out of the four accessories can be "held" by Riker as one of the accessories can be clipped to his wrist. It seemed Riker got some love there. 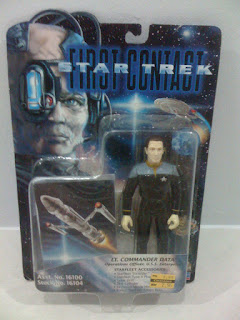 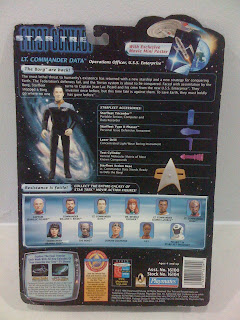 What is there to write about Data? He's an android, and in this movie, his storyline was about him facing the Borg and getting an emotion chip upgrade. 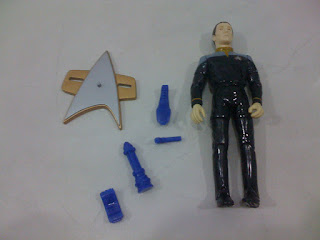 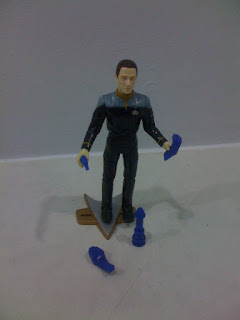 The toy uses the same body as Riker, but adds an extra large bulbous head to it. I think the head, which looks a lot like Data, is out of proportion with the body and the overall figure seems a bit weird. Data also comes with four accessories and his are blue instead of pink or green. Sigh! No grey plastic for accessories. And as usual, he can only hold any 2 at a time, althought I don't think he can hold that large blue missile at all. 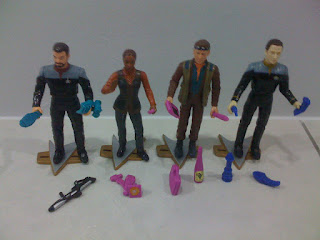 There's all 4 of them. I think they are going back into storage immediately! And there we have it. Lily closes out Femme Fatale February, and Data (being the figure for 1st March, or #60) starts Mecha.nic.al March. Next up, the remaining 7 figures from Terminator 2!
Posted by Novelty at 23:29