If I didn't know that Metron was the special figure for the year, I'd have mistaken Rocket for being such.  He's huge! 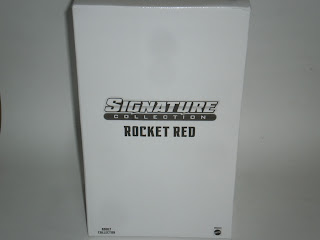 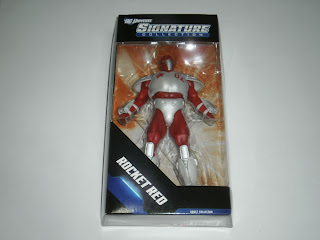 The box still resembles the other figures in the line... 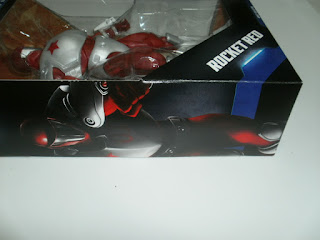 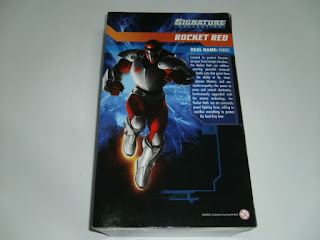 ... but I think the image of the figure is a bit dark.  Yes, I know they were going for dramatic, but it's still way too dark for my taste. 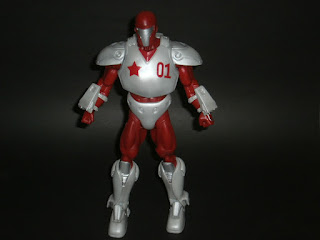 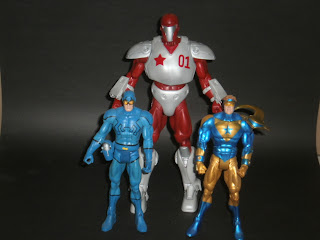 The figure seems to me to be a Collect and Connect figure.  He's easily half again as tall as the normal figures.  However, his arms and legs don't come apart though... not without breaking him.  The figure has quite a number of sculpt details, from the huge shoulder pads to the boots.  I'm not a fan of his simple face though, and I wonder if this is the version of him that fans have been asking for.
Posted by Novelty at 23:02