The Snakemen are an army builder set... so it's a bit pointless to just get a box IMO.  I got two to open... 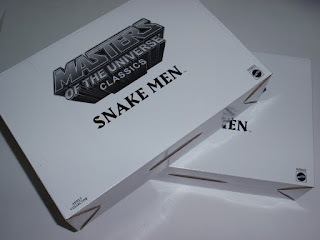 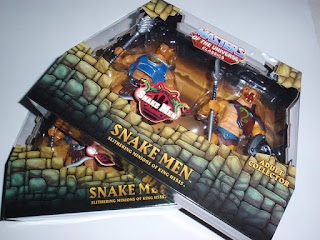 The packaging reminds me of the palace guards packaging - it's a nice sort of packaging for a 2-pack. 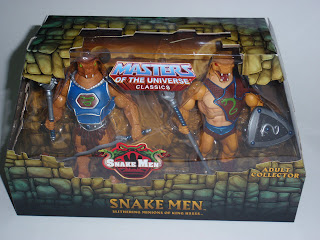 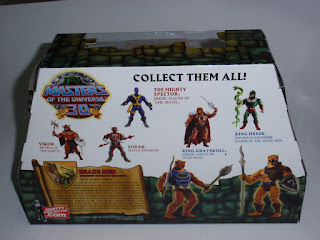 I like how the Snakemen are displayed in the box.  They are holding their weapons and they do show off most everything.  The back of the box has the bio and some of the other figures of the line.  I think I'm getting immune to that 30th anniversary logo because I don't even see it anymore, unless I actually look at it. 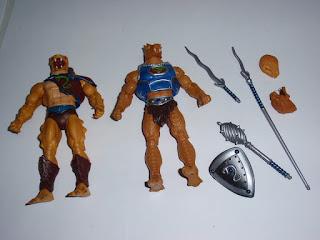 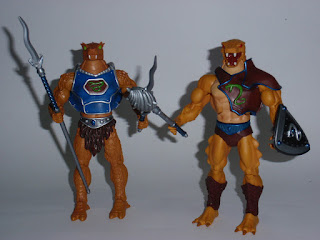 The stnakemen don't come with as much as the palace guards though.  There's only 4 hand held weapons - a spear, a mace, a dagger and a shield, and two extra heads.  One of the snake is orange, the other is yellow.  There are two yellow heads and two orange heads.  There isn't much one can do with that sort of combination.  The armour is removable, which gives it another binary of possible permutation, but other than that it gets a bit boring. 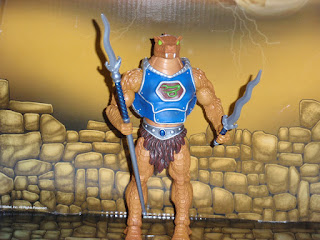 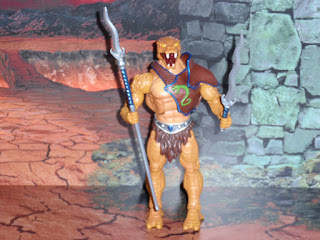 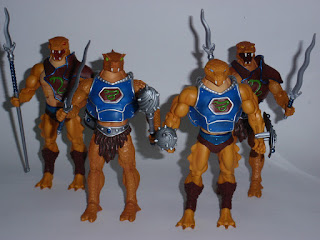 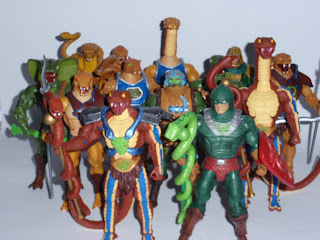 I like what I got, yet I'm a bit disappointed with the whole thing.  It could have done with more weapons for starters - the palace guards had so much more - and perhaps mix and match armour pieces like the palace guards.  And the absence of purple, red, black or green generic Snakemen?  I mean, why give us a pair of yellow and orange when we could have gotten a nice set of black and yellow set instead?  I guess I'll never know.
Posted by Novelty at 23:57

Email ThisBlogThis!Share to TwitterShare to FacebookShare to Pinterest
Labels: MotUC