It's Halloween week.  We've had a Vampire, a Loch Ness monster, a Griffin... and today we have a dragon.  Dragon Blaster Skeletor to be exact. 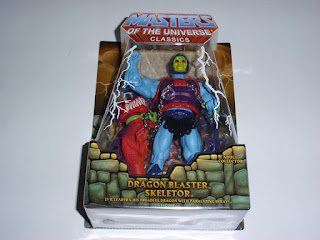 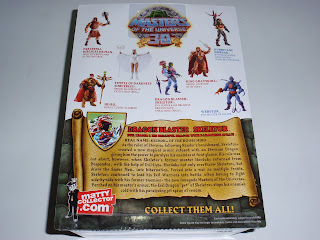 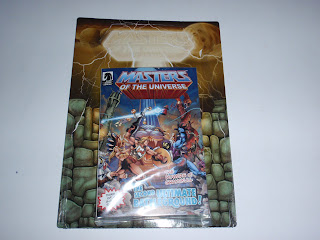 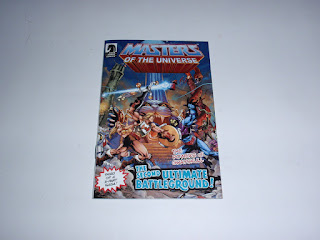 And because he's the third quarterly figure, he comes with the final minicomic for the 30th anniversary year.  Yay!  The story is horrible, but the art is good. 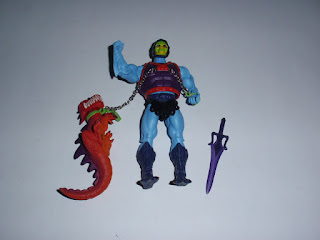 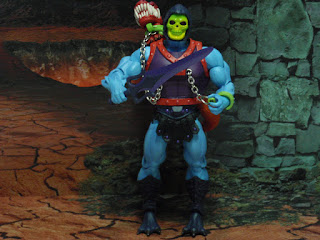 DB Skeletor comes with his dragon, who's not attached to his back armour this time around.  He also has his chain (which is made of metal), lock and power sword.  Thanks to the red highlights, he does look good. 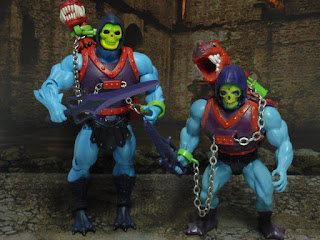 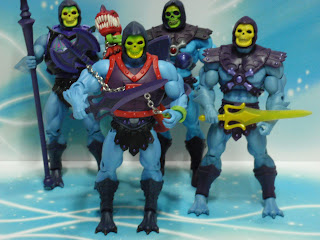 Overall, this is a great figure design wise, and play wise.  There's a lot going for it, and they do have lots of little parts which are more or less faithful to the original.  This figure is a win for vintage purists, but perhaps is not meant for the casual collector.
Posted by Novelty at 23:46