Poison Ivy was the figure most people was waiting for from the subscription, and thanks to the low levels of subscriptions she's a bit rare.  She's also a Batman villian and I'm not that keen on her character anyways, so I wasn't really looking forward to her. 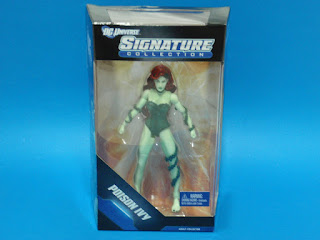 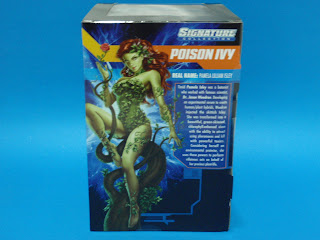 Thanks to her green colour and the box's palette of black blue and orange, Ivy stands out in the box.  The artwork of ehr on the side and back is even more beautiful.  It's a pity that she can't be sculpted the way she looks in that picture. 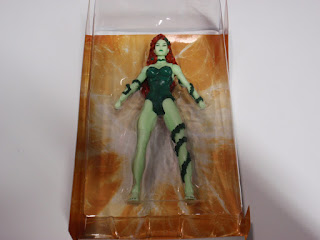 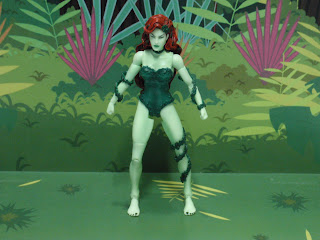 Out of the box, she's rather plain below the neck.  She does come with three vines that wrap around her limbs and can be removed.  The same motif is sculpted along her costume.  It's a pity that the details were not painted to bring out the details though, because the details is lost in the mass of green.  Her head sculpt is nice, with the wavy red hair contrasting with the rest of her green. 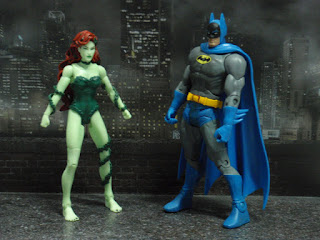 I guess as a figure she doesn't look that bad on the shelf, but I dunno, she didn't exactly win me over despite her looks.
Posted by Novelty at 23:49