I have to confess, I'm not sure I like the last few DCUC figures that I've got from the subscription.  I don't even know who they are.  Black Mask is one of them. 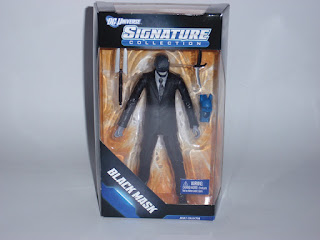 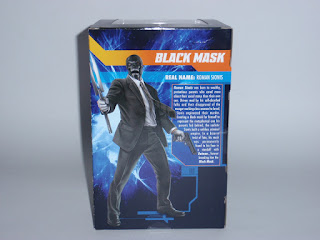 He looks boring though in black and greys, and if it wasn't for Batman's mask, I wouldn't have know he was a Batman villian.  The box is nice as it can be given the character.  But that still doesn't make it work for me. 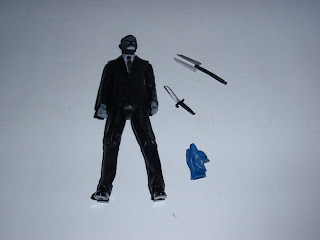 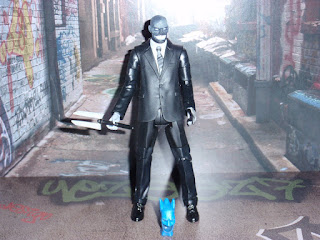 Unlike most other DCUC characters, he does come with a knife, a pronged fork and Batman's cowl.  His sculpt is boring and black, but there are some details incluidng the tie, and the fold of his pants.  His face has a Joker level grin and is sculpted very well with the individual teeth visible. 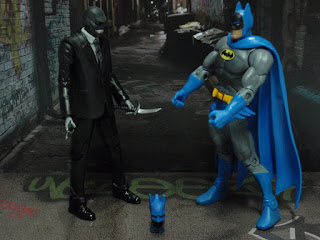 He's still meh to me though, but I'm sure he must be popular among Bat-fans.
Posted by Novelty at 23:01