Lego apparently has a mascot at their theme parks who go by the name of Brickley.  She's a dragon of Loch Ness proportions.  Apparently there have been two versions of her.  I got the bigger version. 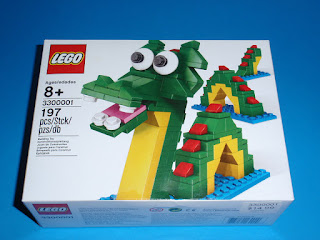 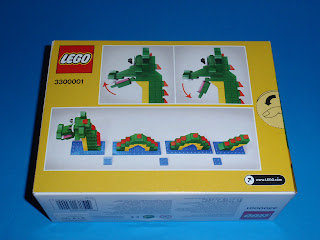 The box seems a bit plain, both in front and at the back.  The set number is a crazy 7 digit number.  The back of the box shows the only feature of the set, and how it all fits together. 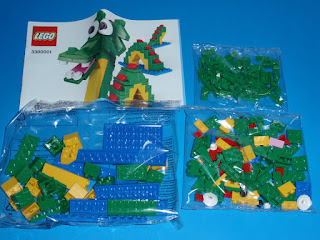 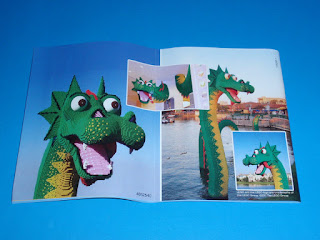 There are three baggies inside the box and the instruction booklet.  The back of the booklet shows the life sized version of the creature in some of the theme parks. 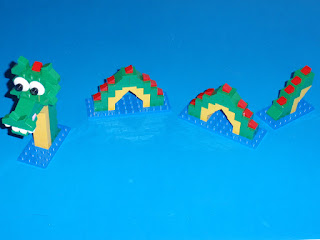 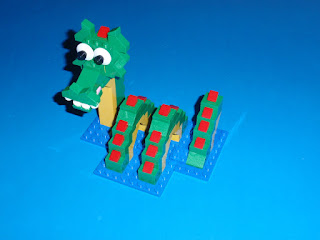 The build was easy, and the overall result is colourful.  Thanks to the modularity, it can be displayed in a multitude of ways.  That's just a nice plus point.  Also, there's a lot of green bricks in this set, one of the rarer colours.  Despite the simplicity, this smallish medium set is just so fun it is full of win.
Posted by Novelty at 23:33

Email ThisBlogThis!Share to TwitterShare to FacebookShare to Pinterest
Labels: Lego