I'm closing out Halloween week with Mekaneck?  What's so freaky about Mekaneck?  Well, let me get to that later. 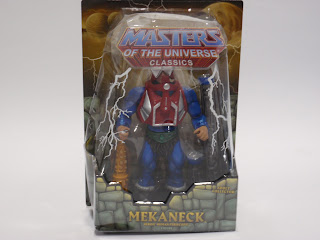 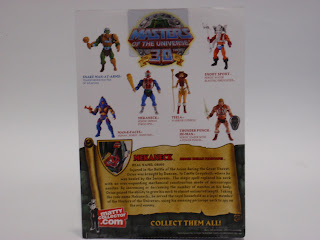 Mekaneck comes on the standard MotUC card.  It's a bit plain and boring, but it works.  Nothing much we can expect there. 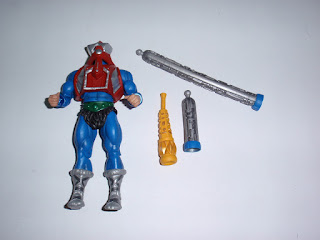 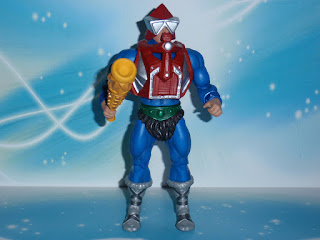 He comes with his mace and... two... what are those pieces?  The figure has what we expect from him - Stinkor armour, the triangular head, the normal body parts... 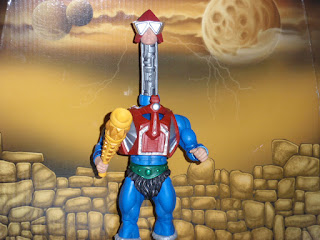 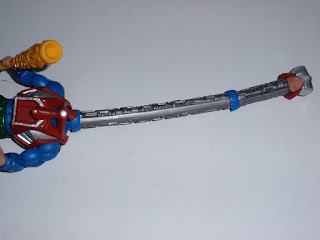 So what are those two pieces?  They are his "action feature" or his neck extension.  Unlike the vintage figure which only has a short neck extension because it has to fit into the torso, this one has add on parts which allows Mekaneck to stretch his neck almost the length of his body! 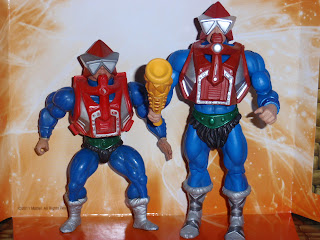 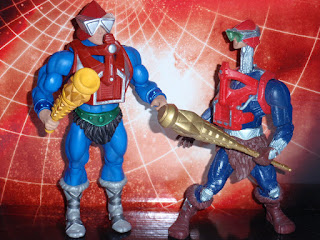 A quick comparison will see Mekaneck mostly resembles his vintage figure, and is more muscular than his aneroxic millennium version.  He's also the brightest coloured version of the three too.  I like how he ended up merging the best of his vintage elements with the Classics elements.  This is how Mattel should be making action figures.  And the neck extensions are just pure win... and I'm not stretching the truth!
Posted by Novelty at 23:40