Rattlor is probably the last Snakemen that we will see this year, and it caps a good year with Kobra Khan, Snake Man-At-Arms and the two Snakemen army builder. 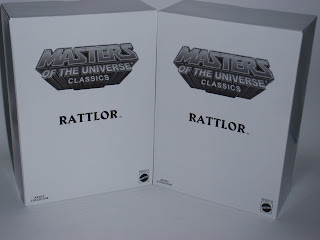 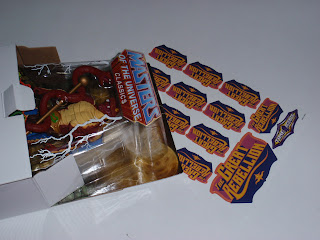 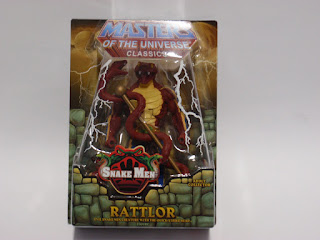 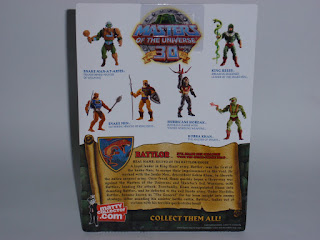 Rattlor's packaging doesn't stray from the usual formula - there's the Snakemen logo on the front, and the back has his bio and the other figures in the line. 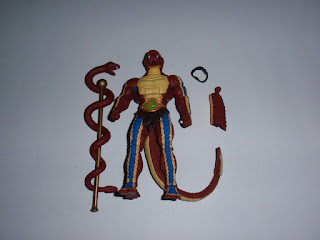 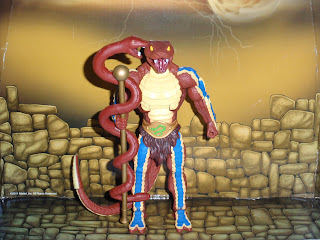 Rattlor comes with his staff, a Horde armband and a neck extension piece.  The figure looks great and has some of the best paint work that I've seen on a MotUC figure.  The head sculpt has his head opened, and I'm not that much a fan of that.  I wish they could have given us a hinged jaw for him pretty much like Trap Jaw... 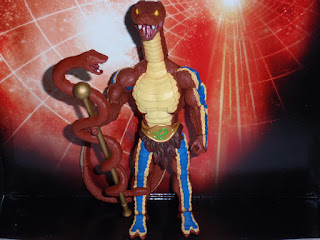 The neck extension piece is a nice touch to replace his action feature, but it's sculpted in rather odd proportions.  When it's in place, Rattlor's neck seem a bit out of place.  His tail does rattle, but the sound is very very faint. 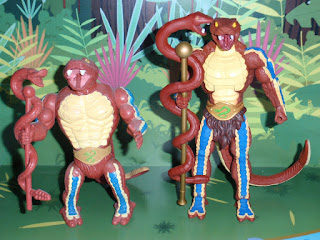 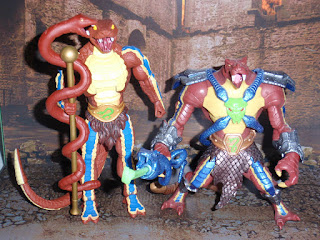 It's clear from the photos above which version of Rattlor that the Classics version is based upon, down to the opened jaw.  I wish it was otherwise though.  Classics Rattlor has the long furry pants in dark brown and that is probably the only thing on him that's influenced by the millennium figure. 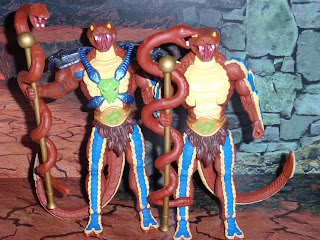 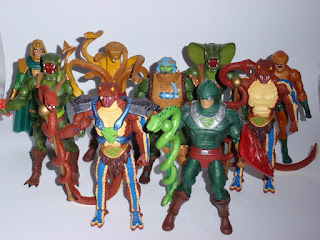 So why did I get two Rattlors?  One to display as his vintage form, and a second to display as The General - a quick addition of the millinium armour solves that.  And the Snakemen army continues to grow...
Posted by Novelty at 23:47