The Griffins were a MYP creation.  These creatures were the Deux Ex Machina who were always available and ready to swoop down and rescue Skeletor and his henchmen at the end of every battle with the Herioc forces of He-Man in the MYP cartoons, or so it seems.  We have not got this in toy form before, so this is a brand new toy more or less. 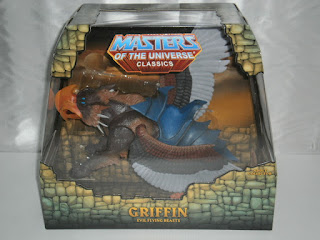 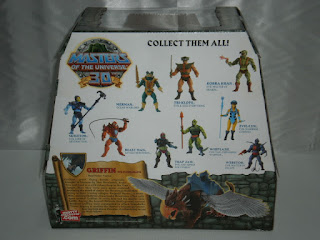 The box seems to be the standard Beast box with the usual elements on the front and back.  There's the logo and the title card with the green bricks on the front, and the bio and other characters of the line on the back. 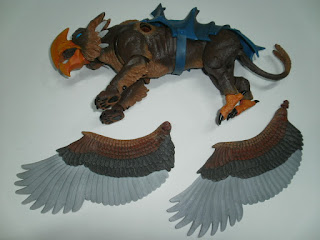 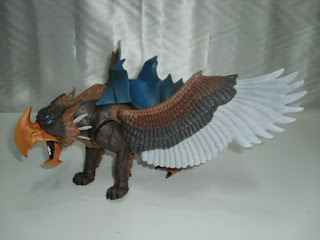 The box contains the beast itself and two wings.  The wings are repainted from Swift Wind.  The body is a modified Battle Cat body with a few new parts here and there.  Overall, thanks to the new head and the wings, this look completely different from Battle Cat or Panthor. 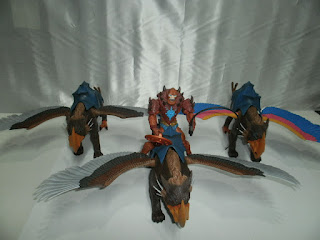 And here's Beastman leading his Griffins into battle.  Yes, that's Rainbow Griffin in the back.
Posted by Novelty at 23:10