It's Figures February 2011, where I'm opening action figures for the whole month.  When I said there was a better New Goblin out there yesterday, I knew I had another New Goblin in hand.  Will this live up to be the better New Goblin, or will it be another disappointment?  Read on to find out. 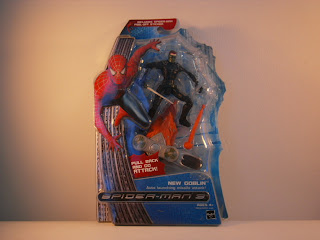 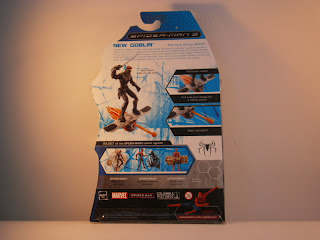 The packaging is nice, but a bit dull on the back.  At least they had a good action shot of the New Goblin on his skateboard with a fireball that's included in this. 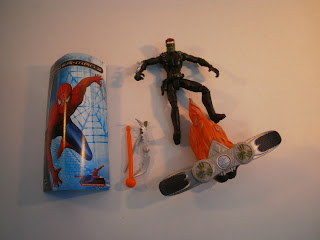 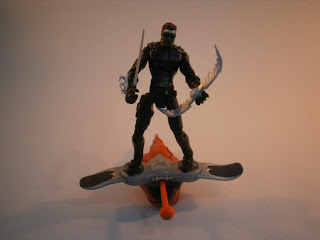 And wow, there's a catalogue with this toy - I had almost forgotten that they came with these since there was none in the last 2 toys I opened.  Basically, the sword and the boomerang is the same from the New Goblin from yesterday, but the skateboard is now a huge monstrosity with a fireball and a missile launcher.  Hmmm... 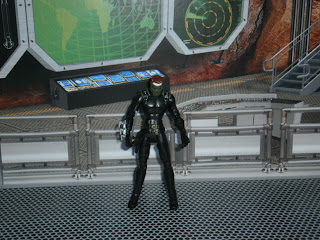 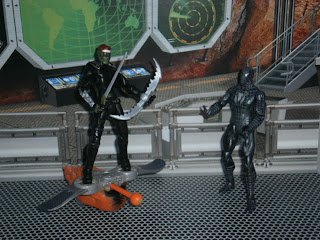 The figure does not have an action feature.  That means he can be articulated freely, which is a good thing in my book.  The hip joints are also articulated a lot better than the New Goblin from yesterday.  I think I'm going to use this New Goblin with the hoverboard from yesterday!  And that concludes my Spiderman 3 trio run this Figures February.  Tomorrow will be the start of X-Men week!
Posted by Novelty at 00:29