Okay, so it was Christmas and Action Figure Displays had their Christmas display on sale again.  Since mine is a bit damage from over use (heh!), I decided to get another one.  But I couldn't just get one, no sir-ree, since I'm ordering, I might as well order a few of the others that I had my eye on, including another Dark Castle so that I can use it for display. 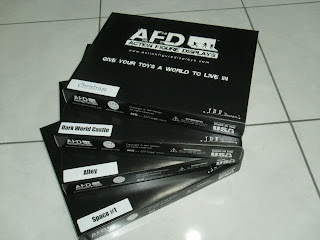 I decided on the Alley and the Space #1 displays.  The Alley is nice for figures such as Batman and such, while Space #1 gives that cool Star Wars feel without it being too obviously Star Wars. 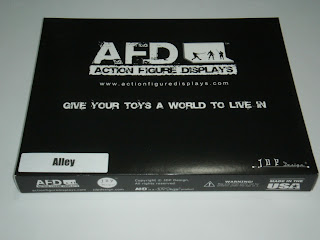 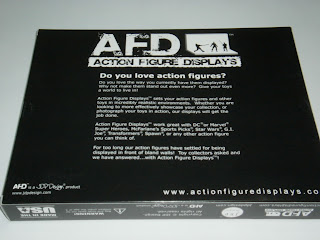 The first thing I noticed are the boxes.  AFD actually took the feedback I gave the last few reviews and are now protecting the displays in a box.  The box is all black and is generic.  The contents are marked by a label on the bottom left corner or the front - Alley in this case.  The back has a bit more text.  Could it be improved by a black and white image?  Not really, and besides, there is already one that's part of the logo. 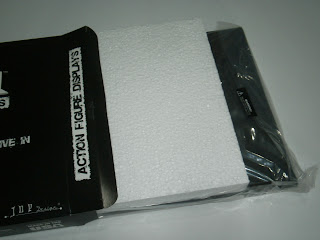 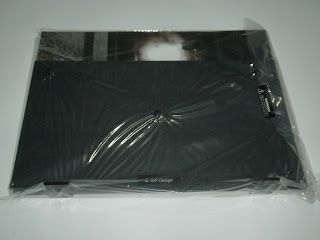 I got my second surprise when opening up the box.  There is a piece of styrofoam inside to protect the display, particularly the L-shaped brackets.  I do remember that the last shipment I received, those brackets were almost damaged.  Well, there's no danger of that now! 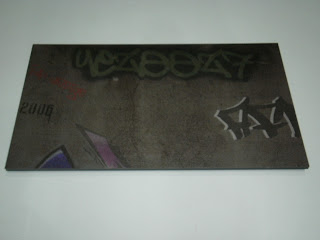 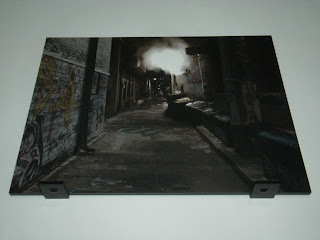 The Alley display has great artwork.  I like how the floor has graffitti.  The painted nature of the backdrop has a nice 3D perspective to it as well. 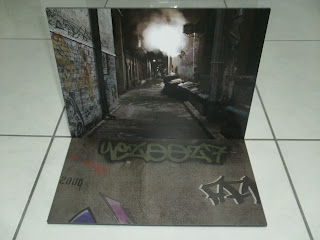 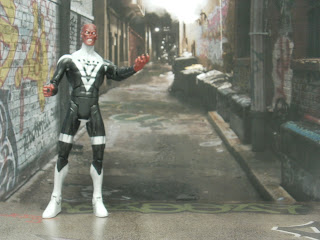 Assembling it is a breeze, now that I have my own technique set.  Nope, I don't follow the instruction sheets which were enclosed separately with the boxes, but, as I explained the last time I reviewed these, I put both pieces on the side and move the floor towards to the brackets.  That ensures that at least one of my edges line up!  And it wasn't until I took the first picture with this then I realised how awesome it is.  I can barely tell that the stand is L-shaped as the floor blends seemlessly (and seamlessly!) with the background.  Wow. 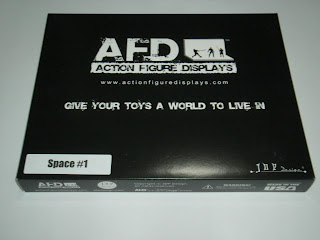 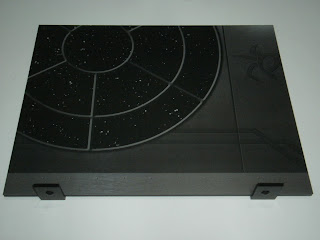 The Space #1 Display may seem to have a boring name... and it does look a bit boring at first glance either.  However the large circular window, and the alien ethnic glyph on the vacmetal walls does give it that Babylon 5 meets Star Wars feel.  The image for the floor seems to be a recycle of Secret Base... or is the image from here recycled to there?  Either way, there are subtle differences to the floor. 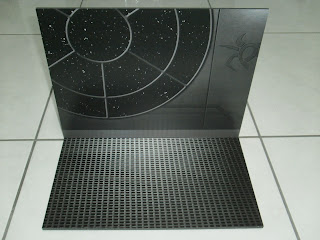 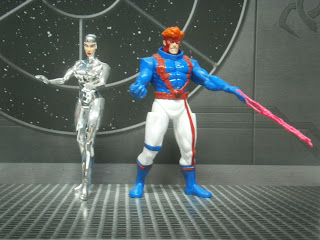 This display isn't too bad, but since it's too simplistic for my taste.  That's not a bad thing though as it ensures that the figures place on it will "pop out" when displayed, particularly brightly coloured ones.

Overall, I'm surprised that AFD has continued to improve their product.  I have been waiting for Series 3 to be produced since I first got displays from them.  Granted, at $20 a stand it's not cheap, but the quality of the product is definitely worth the price, especially now with the extra packaging to protect it.  These displays and the others from Series 1 and 2 are still available at actionfiguredisplays.com.
Posted by Novelty at 22:51