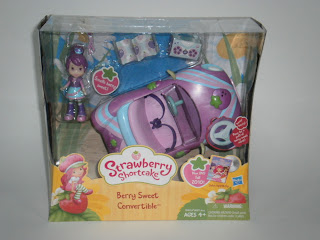 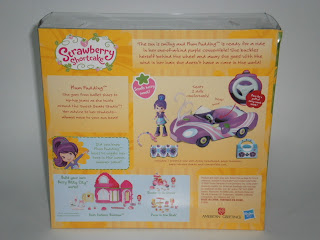 The box is a bit bigger than the Cookie Celebration and it has all the usual goodness including the clear window on the top and the almost empty back. 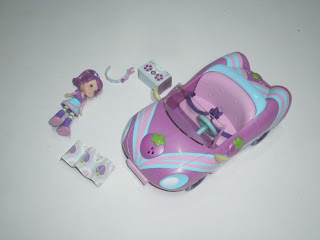 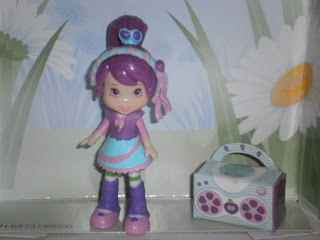 There isn't much in the box and there's this huge wasted space below the window though.  Besides the car and the figure, there's four accessories - two made out of paper and two more to dress up the figure.  The paper boombox is a nice touch and it's wonderfully printed and put together.  It looks really nice and it does fit in with the rest of the contents.  The paper windscreen sunshade is a good idea and a cheap accessory, but it doesn't work as well though - it falls off the windscreen rather easily. 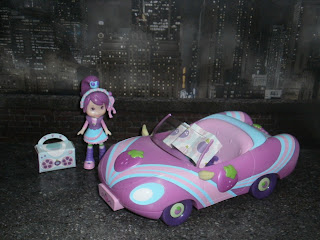 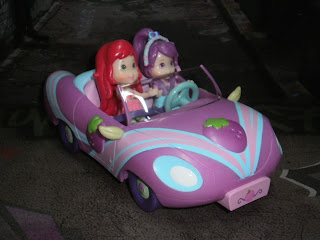 The figure looks great and the paintwork is excellent.  She comes with the usual 5 points of articulation.  Her removable dress is made of a very soft and very rubbery plastic and can be removed to reveal her printed clothes underneath to give her two different outfits.  She comes with a removable headband which adds a nice detail to her figure and differentiates her from most of the other Plum Puddings out there. 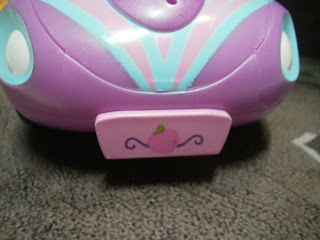 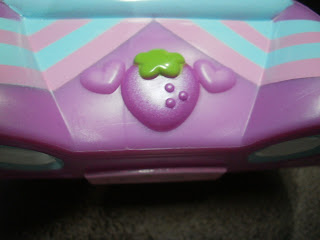 The car is simple, but has quite a bit of detail.  The paintwork looks good on most places although the edges of some of the lines aren't as crisp as I'd like them.  I do like the strawberry details all over the car.  It even has an action feature - when the steering wheel is pressed, it blows a puff of (scented) air from the front of the vehicle!  The wheels roll okay.  The vehicle is even equipped with seatbelts which requite some very deft fingers to actually put in place.  I guess it is not designed for a grown man's fingers.  The car seat isn't really designed for the sculpted hair - the hair (of figures like Strawberry Shortcake) gets into the way of the figure sitting in the chairs, unless, like Plum Pudding, the hair is pulled up into a ponytail.  Nevertheless, with a lot of manipulation, Strawberry can be made to perch on the chair. 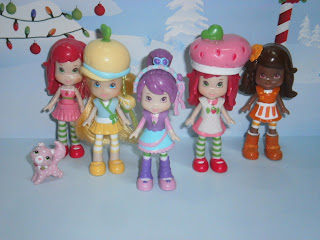 Overall, the entire set fits in well with the Strawberry Shortcake theme, and it's always good to get a vehicle.
Posted by Novelty at 12:46