It's the penultimate day of February, and I'm still on a Strawberry Shortcake spiel for Female February!  Today, it's the eponymous character herself, complete with a scooter. 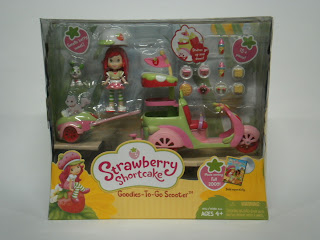 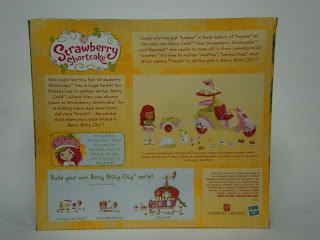 I have to say, Hasbro sure knows how to pack everything to display them most efficiently.  The clear window shows how much accessories that's contained within the box.  The back is a bit blank as usual, but nobody reads the back these days, right? 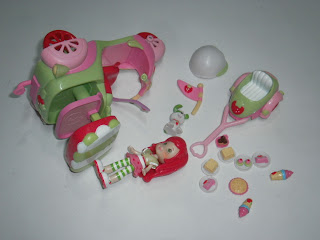 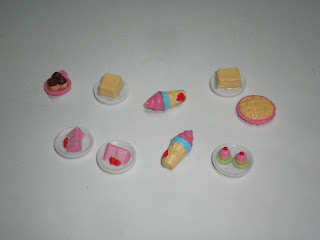 There's the scooter and the figure, her dress and helmet.  then there's the pet dog, a trailer for the dog and a flag for the scooter.  What's amazing are the teeny tiny pieces of food that's well sculpted and painted meticulously - eight pieces of miniature food that's so well done that they look almost real. 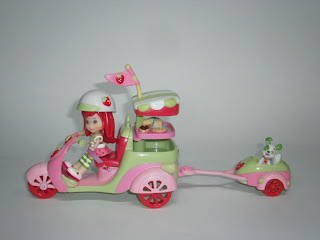 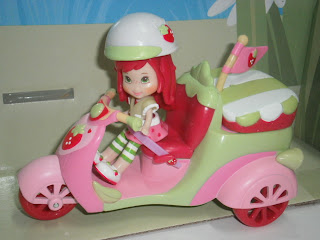 The scooter is pink and red and green and has rolling wheels.  But that's not its main feature.  The boot inthe back can be raised to reveal two trays... and each tray can be stacked with food.  Yummy.  The trailer attaches to the strawberry shaped thing in the rear of the scooter, but comes off very easily, especially when the scooter is not going in a straight line.  That's a pity.  Her pet dog is well sculpted and well painted, but has no articulation. 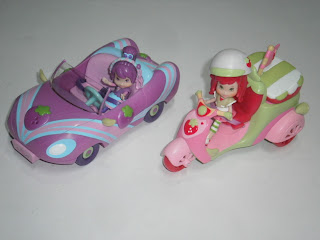 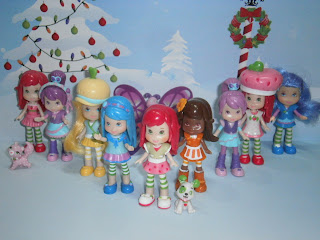 The figure comes with a nice helmet ad a rather boring dress that matches the scooter.  The dress does hinder her slightly from sitting in the scooter, but thankfully the scooter is sculpted such that the hair doesn't get in the way.  The figure is just a basic Strawberry Shortcake repaint, but again, with a new dress and for the first time in my collection, white shoes instead of red.  She does fit in with the rest of the gang. 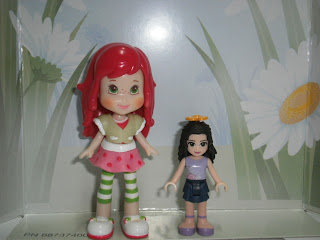 And how well does the figures stack up to the Lego Friends figures?  Well, Strawberry Shortcake figures are almost 2-inches tall though, which makes them head and shoulders above those Polly Pocket-like Friends figures, so they are a good size.
Posted by Novelty at 12:51